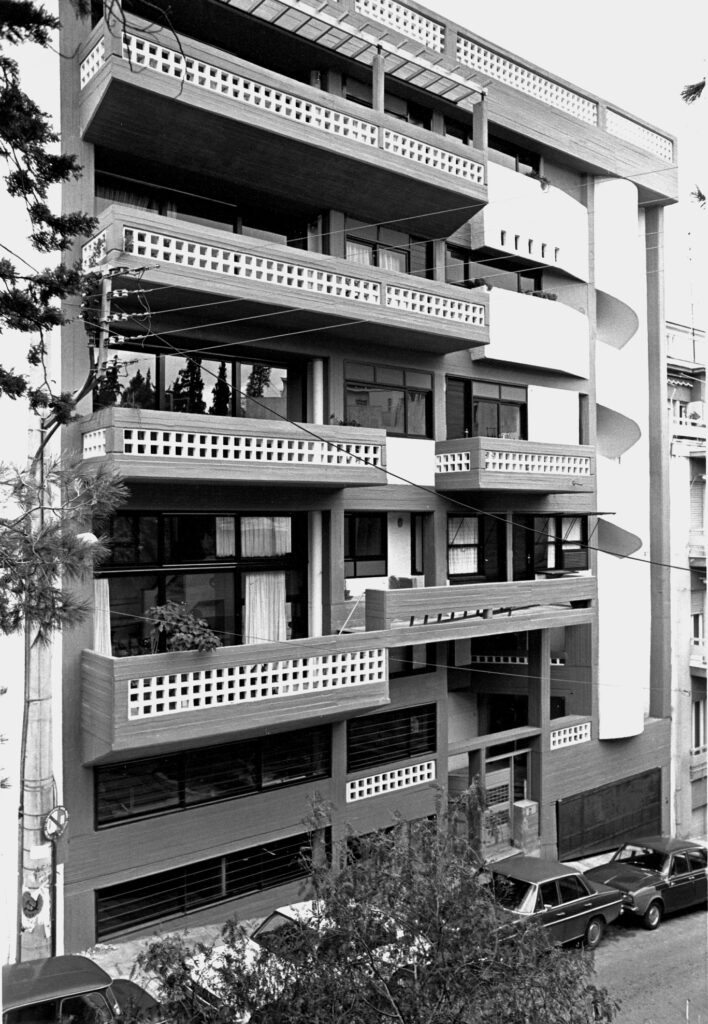 The tenants of the four apartments comprising this building were known from the start: they entered a sort of partnership whose only goal was construction of the building that would include their homes, ensuring that the project would cater to the particular needs of each family in the best way possible. Toward this end they each contributed different forms of capital: the lot on which the building was constructed, money, or labour.

The main concerns in terms of the arrangement of space were: a) Designing all apartments so that they be open on both ends: the back facing the south and the front offering a view of the adjacent hill, and b) Connecting the apartments with the surrounding environment and the immediate environment of the street; in other words, with public space.

The entrance to the building took the form of a roofed court, while the staircase seems to be a continuation of this court, being at the same time open-air and in direct contact with the street.

All apartments include a large space opening on both ends, overlooking the street and usually extending, on one of the apartments two levels, onto a closed courtyard, with which all spaces communicate. 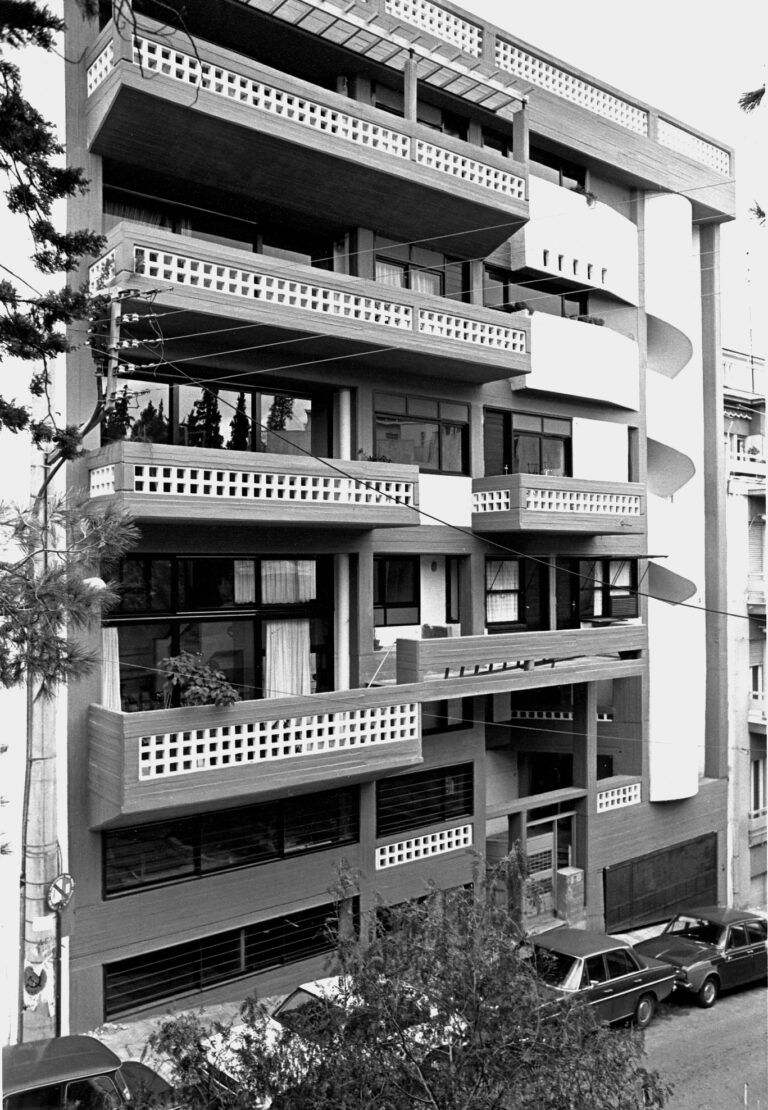 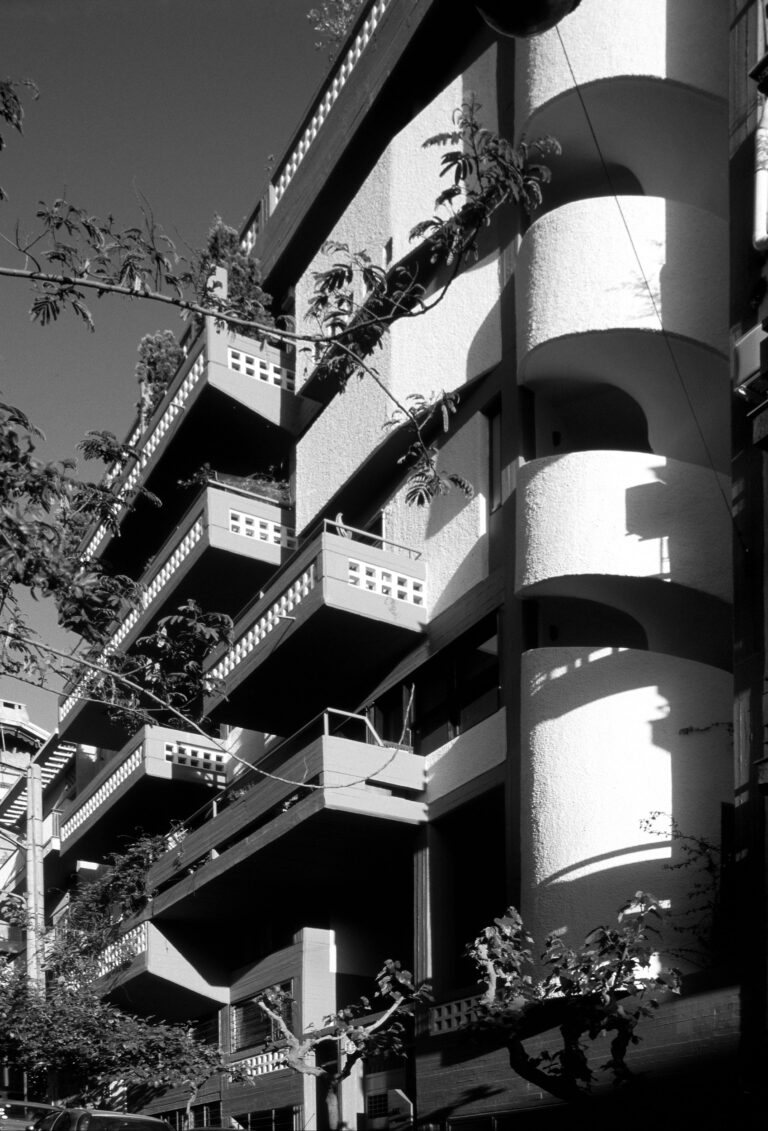 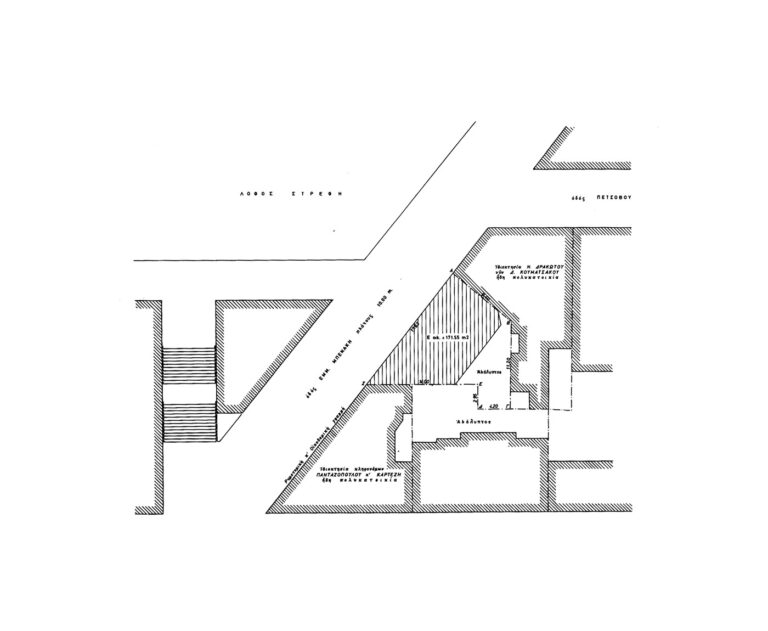 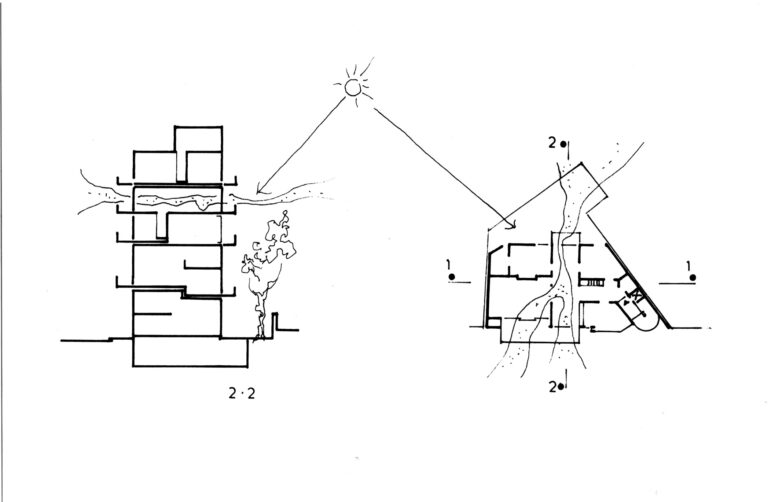 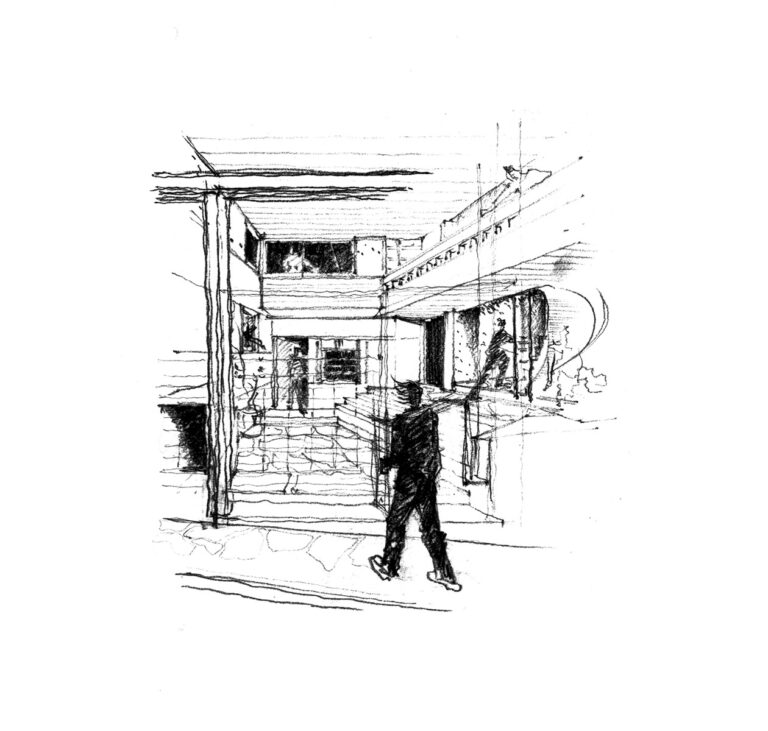 A66-Building-Benaki-5 Study sketch of the entrance viewed from the street (D. A.) 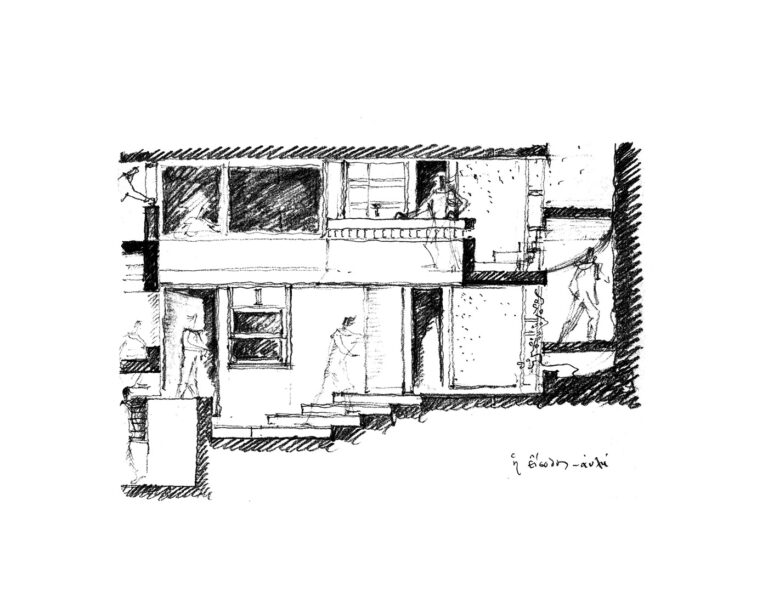 A66-Building-Benaki-6 Study sketch of the entrance (D. A.) 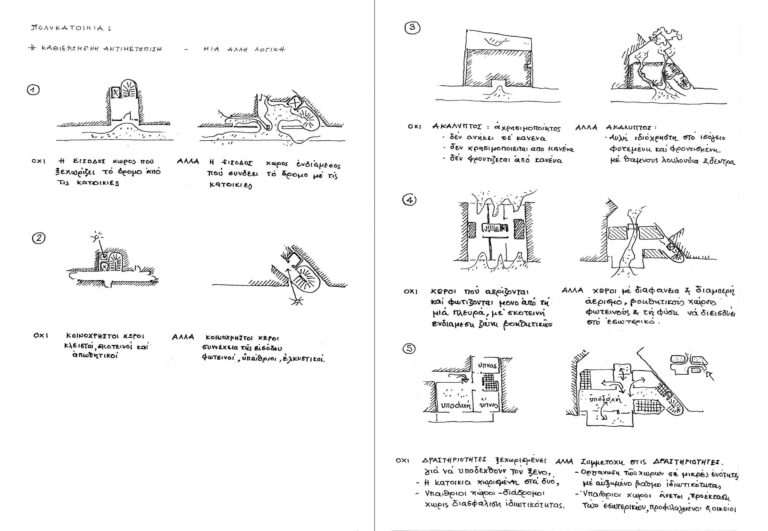 A66-Building-Benaki-7 Block of apartments, Not the conventional approach But another strategy, Atelier 66, futura publication, p. 152 (1) No - The entrance or the building separating the street from the dwellings, But - The entrance acting as an intermediate space which links the street and the dwellings. (2) No - Narrow, dark and repelling shared public spaces, But - Common spaces, which follow the entrance and are sunlit, inviting and open air. (3) No - Disused outdoor space, which belongs to nobody, is used by nobody and is cared for by nobody, But - Outdoor space containing a yard on the ground floor which is planted with trees and flowers, cared for and used by private owners. (4) No - Spaces ventilated and lit only from one side with a dark intermediate zone of service spaces, But - Spaces, which are transparent and ventilated from all sides, allowing nature to penetrate in and including light service spaces. (5) No - Separated activities in order to receive guests: Dwelling divided in two, Outdoor spaces which become corridors, Underserved privacy, But - Guests who participate in the activities. Spaces organised in small entities with larger grades of privacy. Outdoor spaces comfortable, protected and familiar, acting as an extension of the indoor spaces. 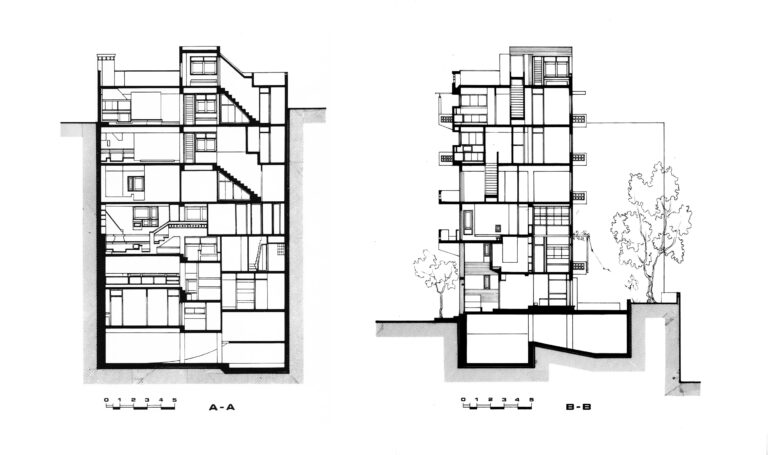 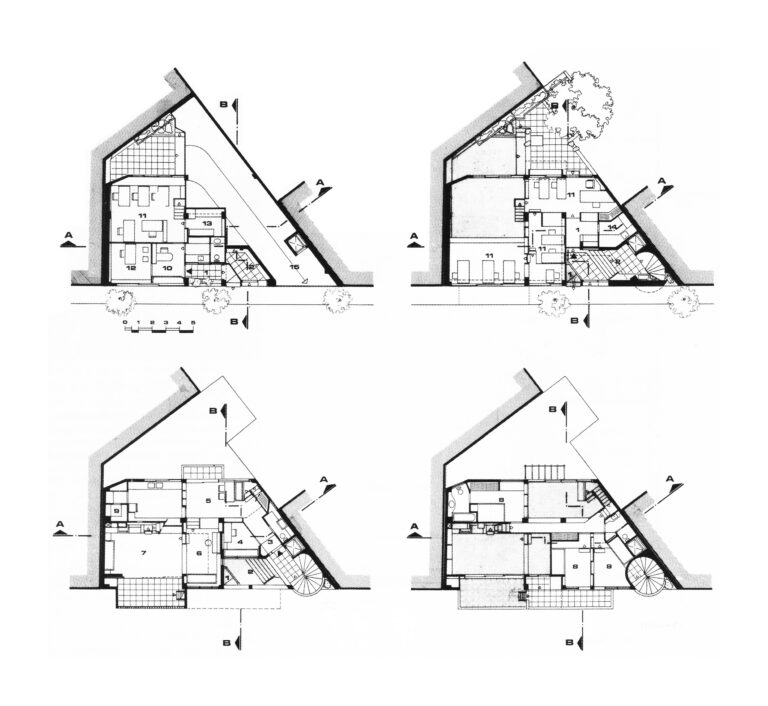 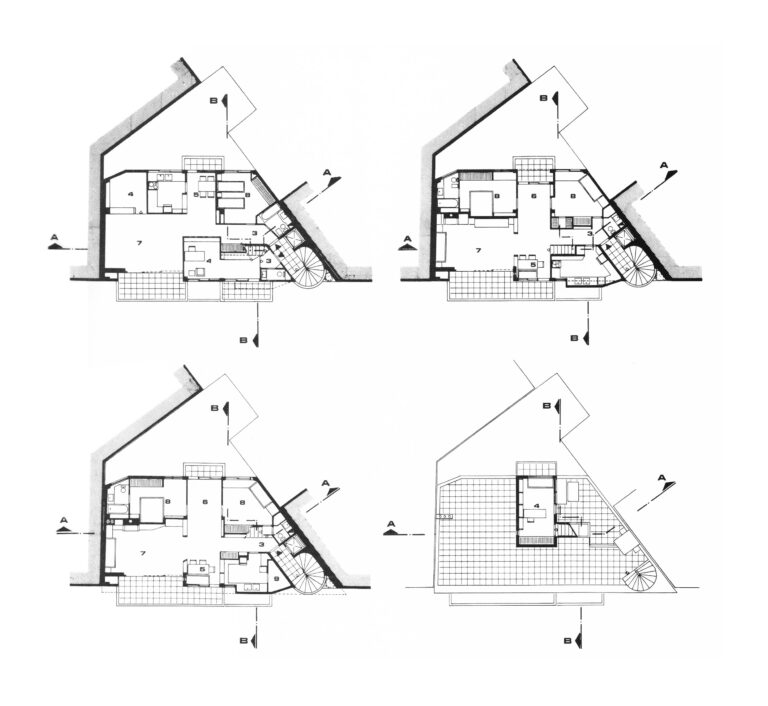 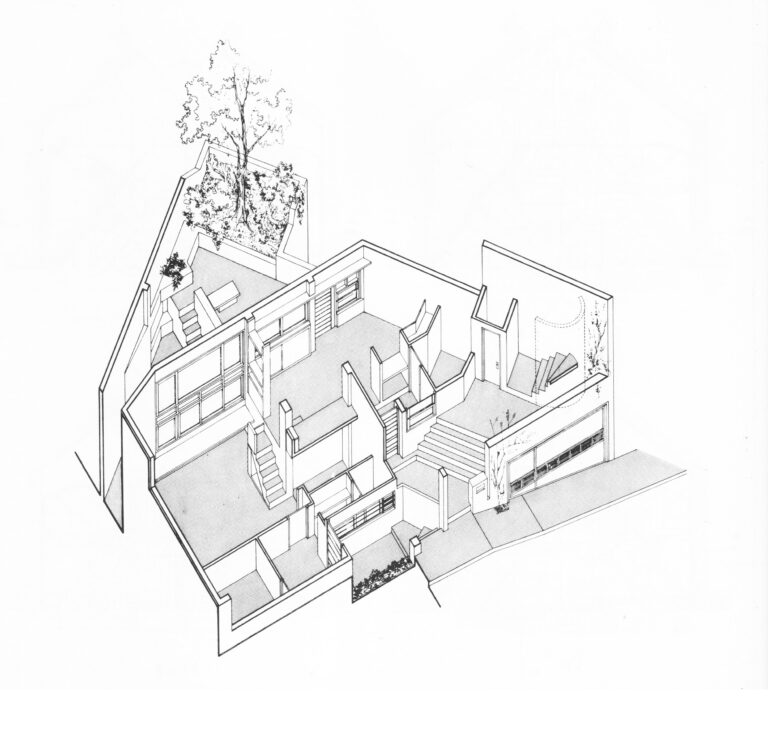 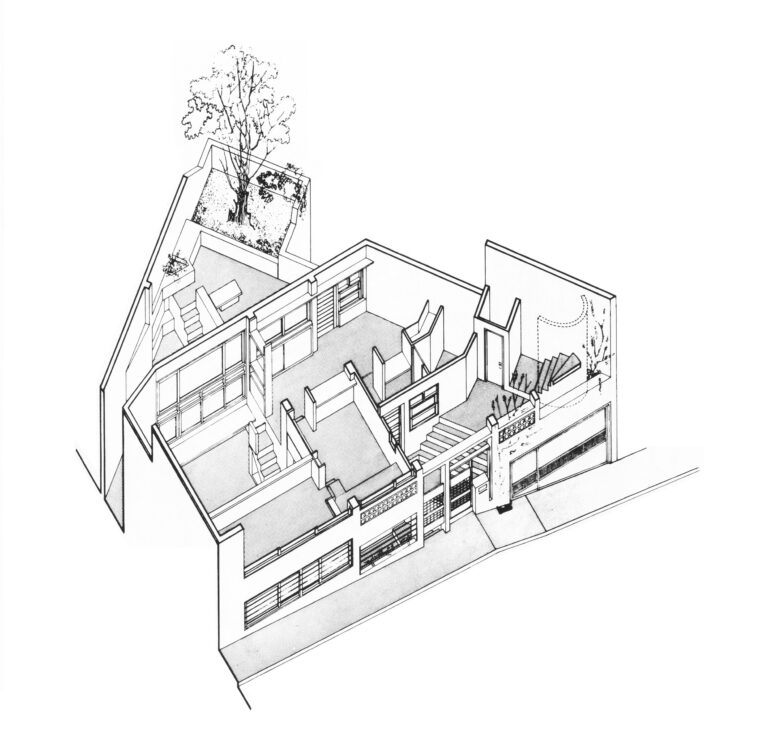 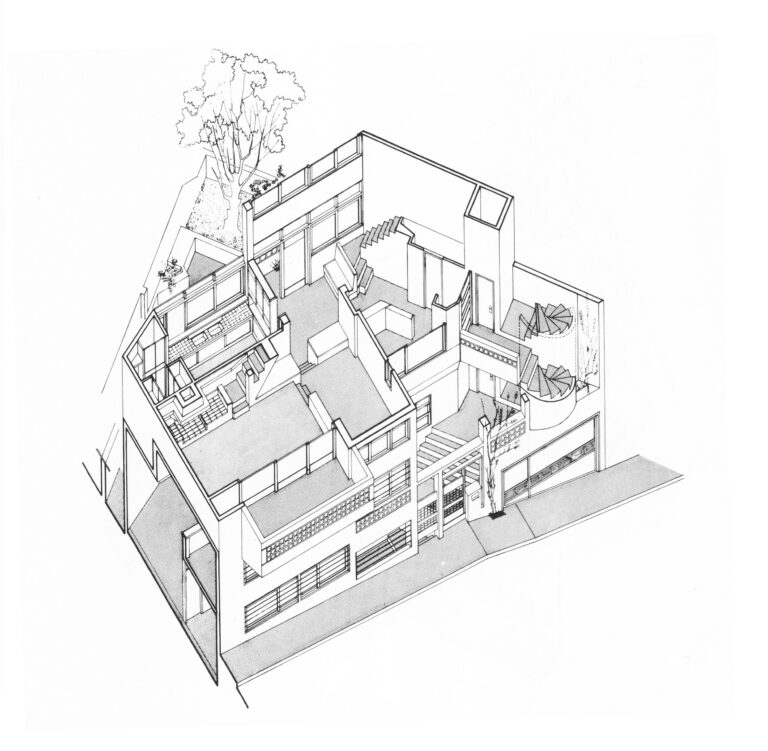 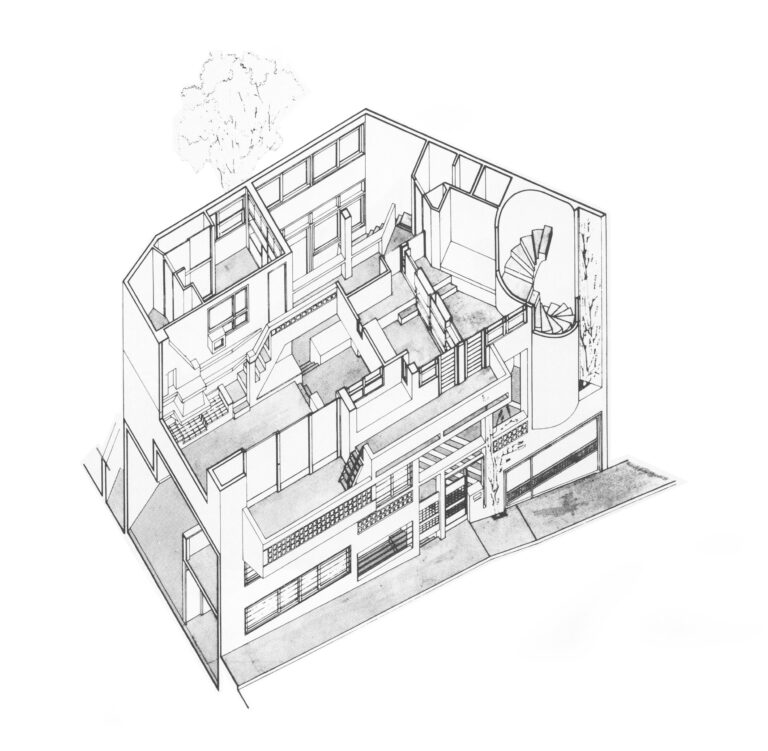 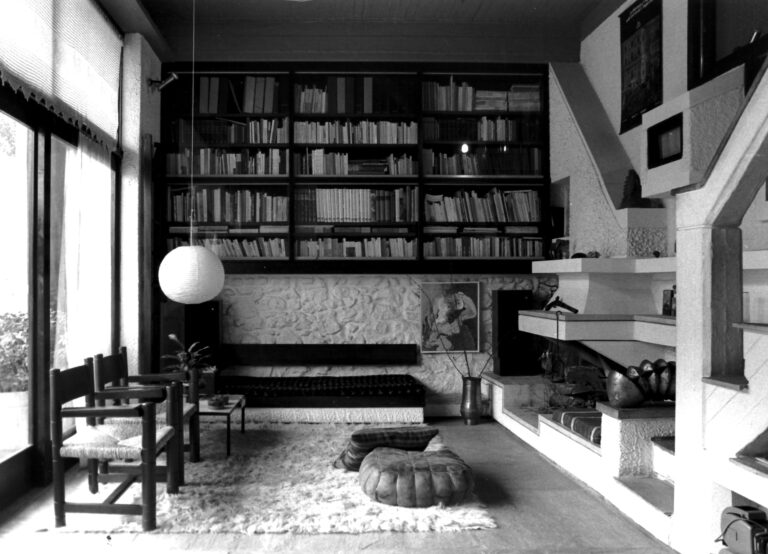 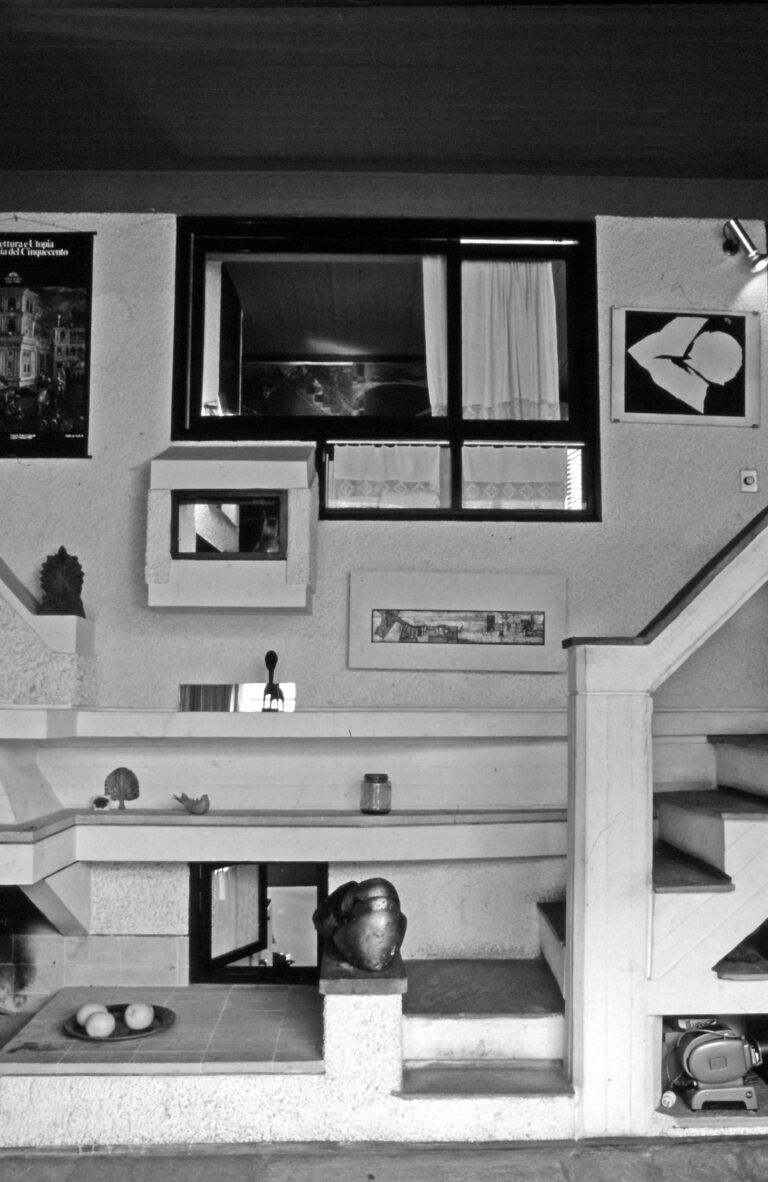 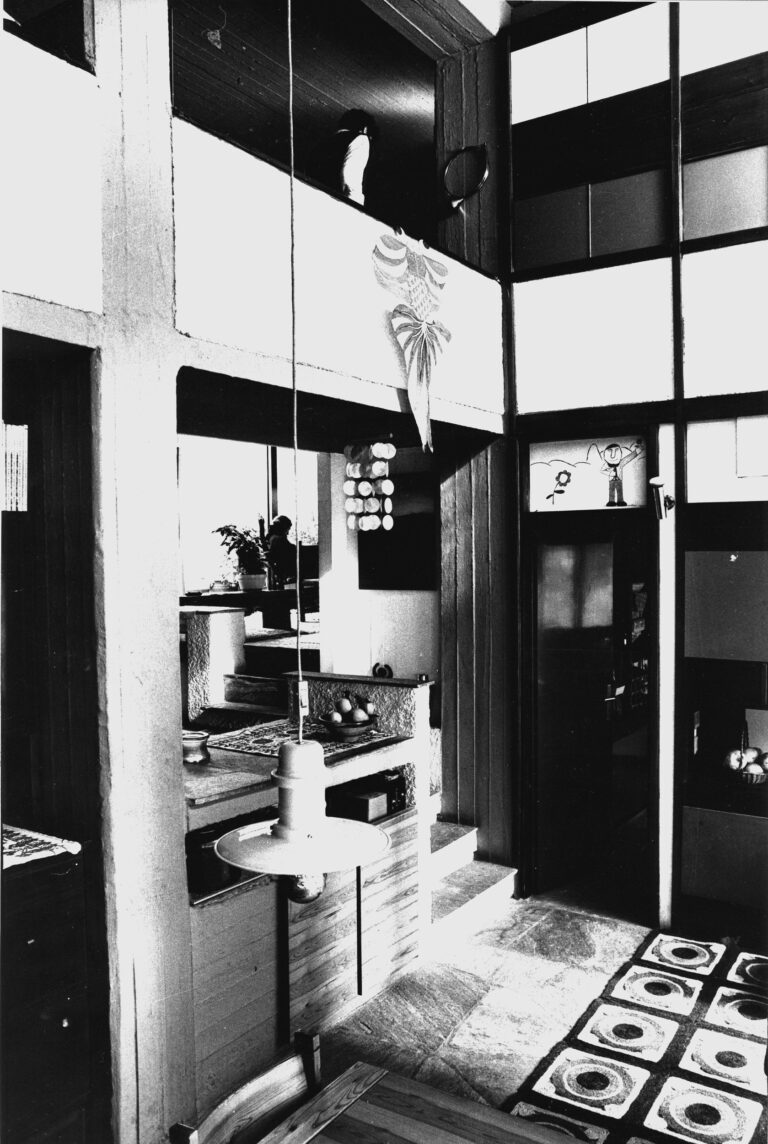 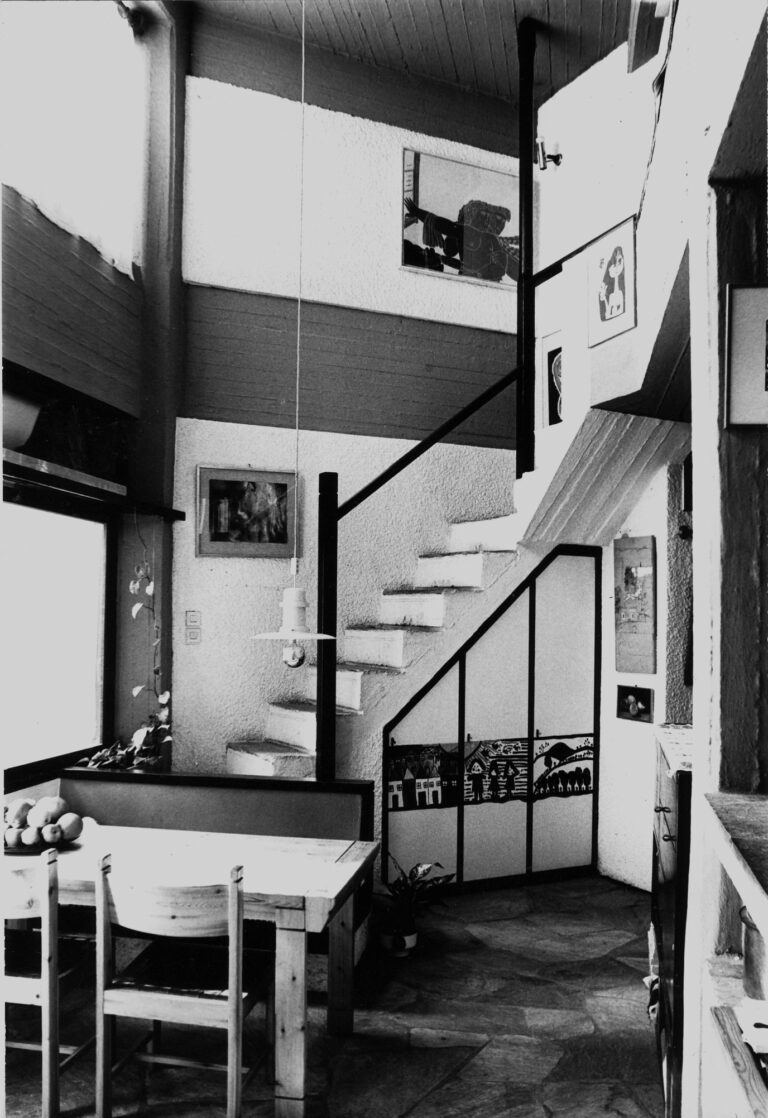