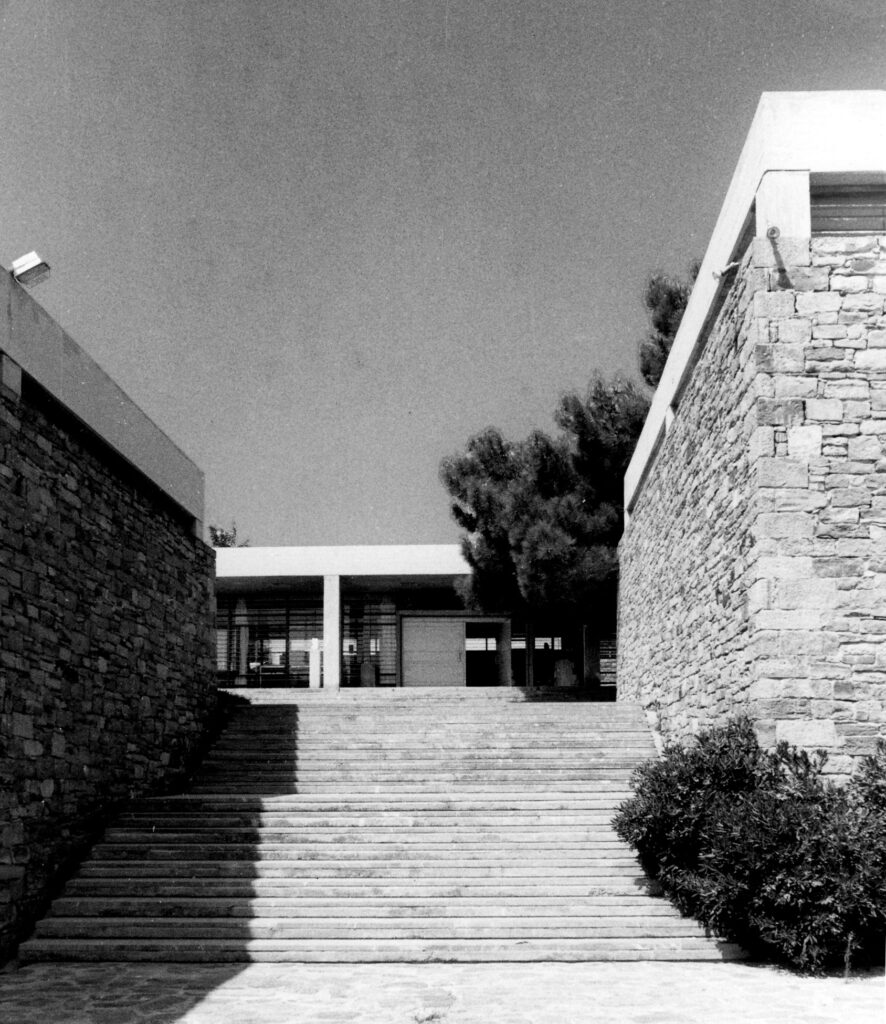 When the Museum of Chios was first designed the image of the surrounding space and its relationship to the neighboring settlement was completely different to what it is today.

In the context of this project we attempted to install in the space then allowed a structure whose order and scale would present a close affinity with that of the surrounding structures and, in addition, to create an open-air reception space, shielded from view and signaling the end of a route whose starting point would be the port and town centre. The lot on which the building would stand was sloping and presented a wide range of hypsometric variations.

A 7 x 7m square was the common measure for both the building and its basic open spaces. Forming the basis for four larger square units (14 x 14m), it was both a fixed element repeated throughout the design and the designs starting point; the starting point for shaping the museums interior and exterior spaces.

Access to the open reception space, the museums central court, is achieved through continuous movement between different levels, with successive changes in direction and passages from wide to narrow spaces.

This character of meticulous intricacy is the product of a conscious choice in developing the design, not only in terms of handling the element of circulation through the museums spaces, but also in terms of the specific approach of the museums open and closed, interior and exterior spaces. 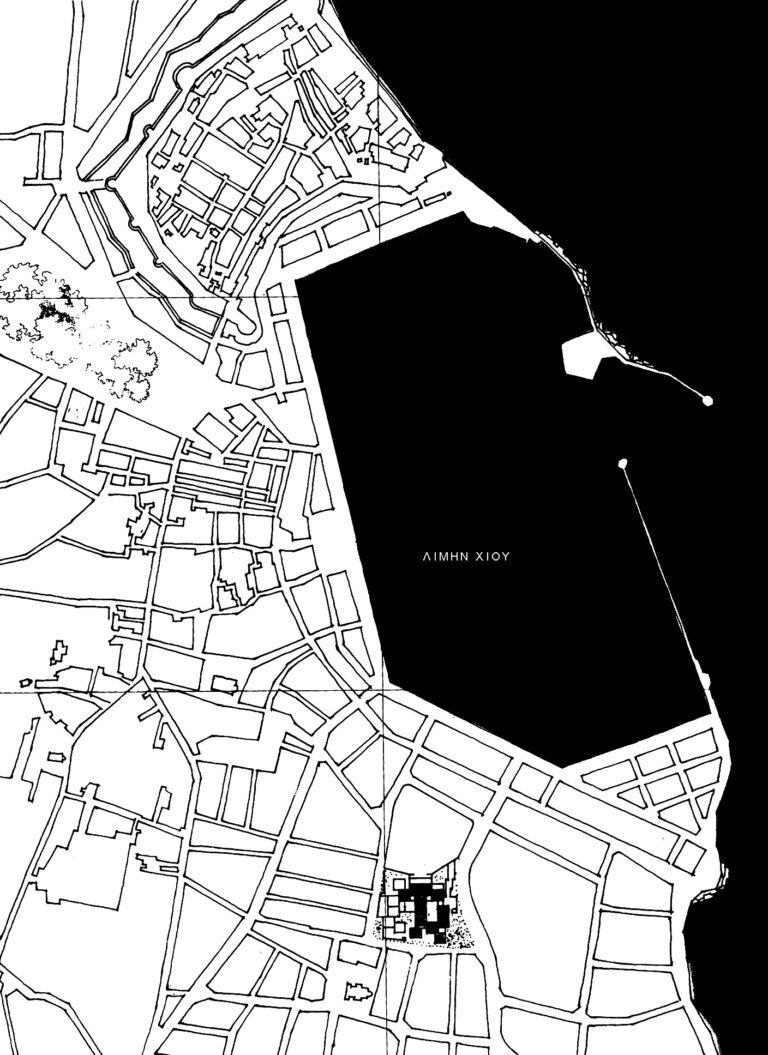 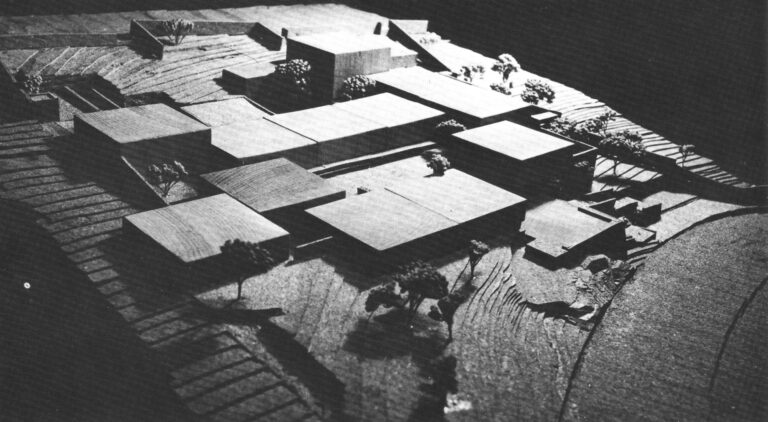 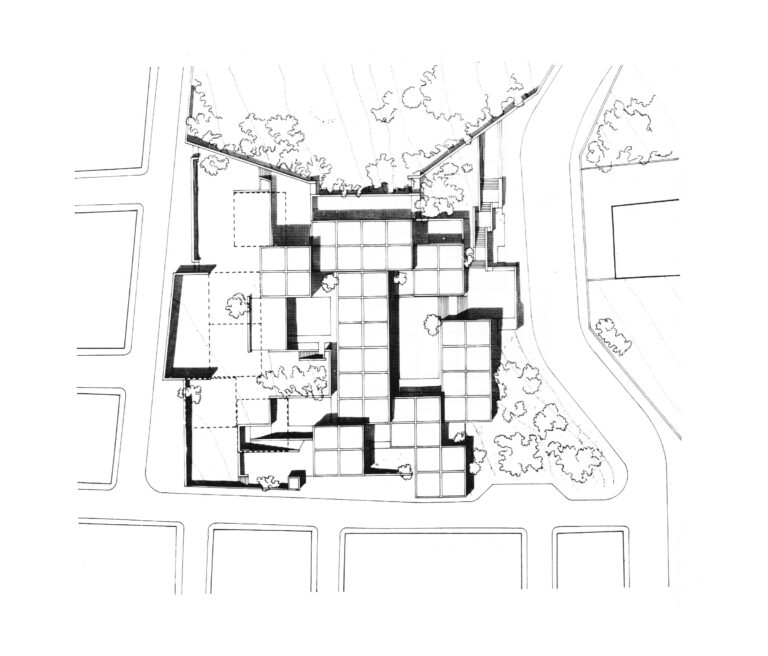 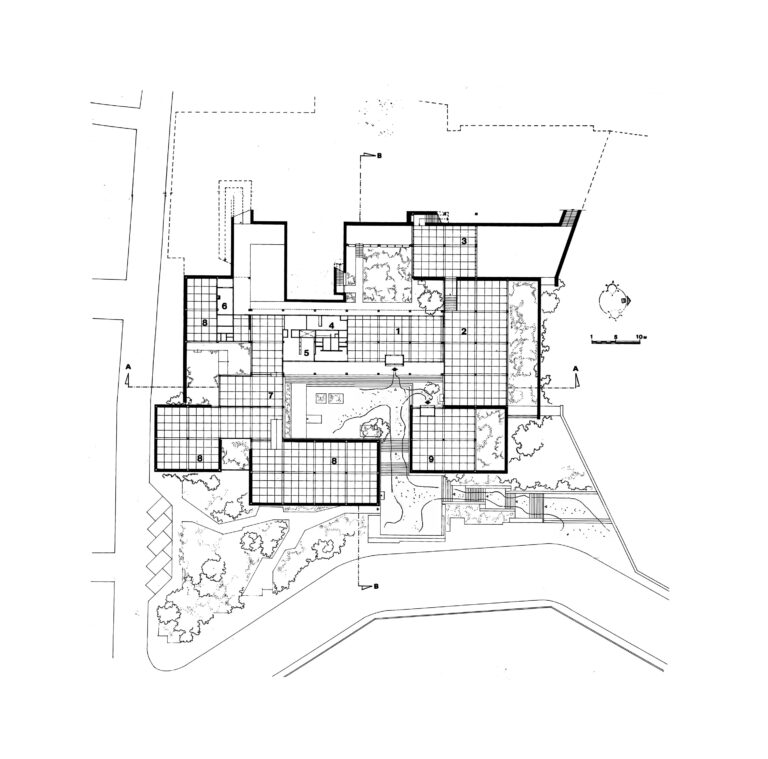 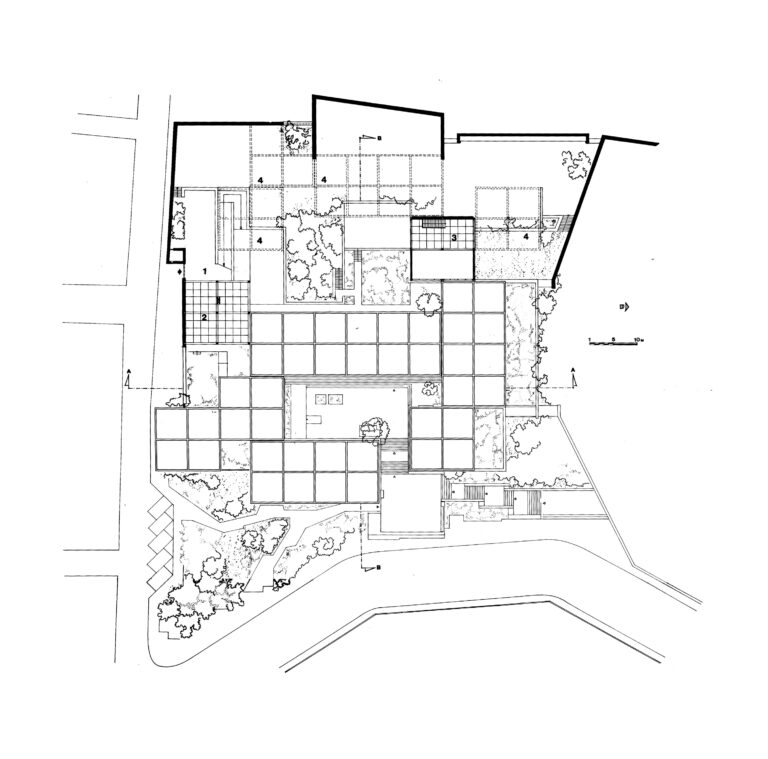 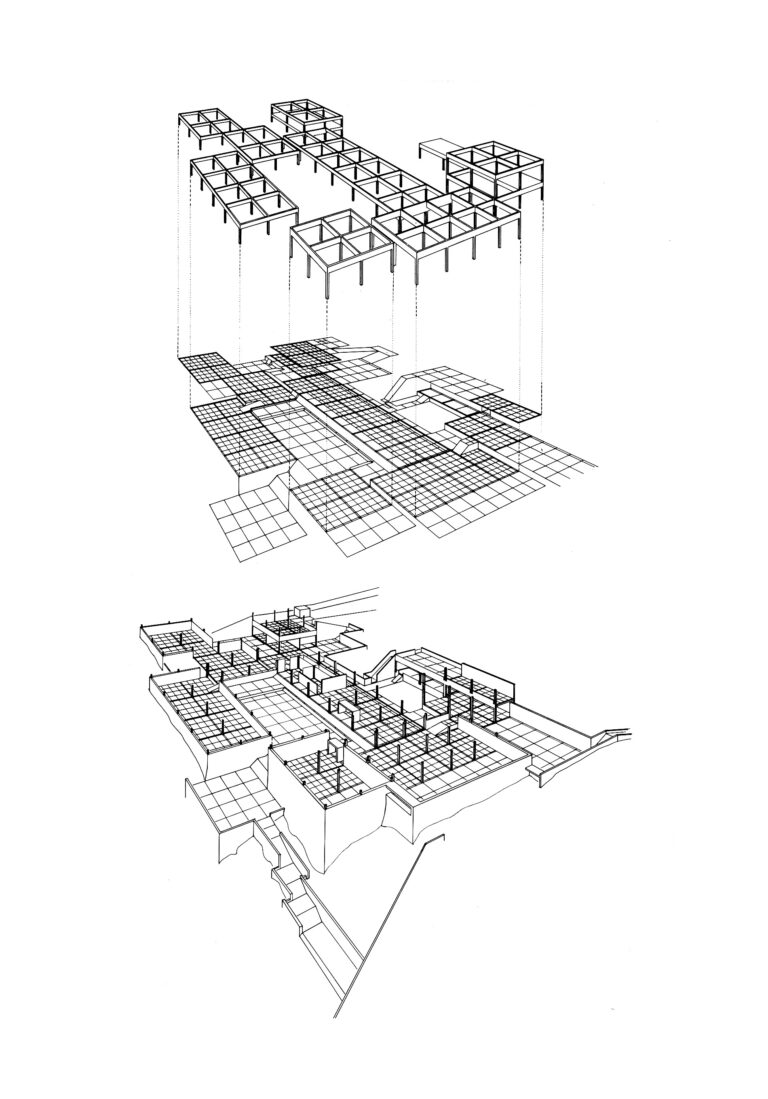 ArchaeologicalMuseumChios-8 The organization of the structure, the use of the grid 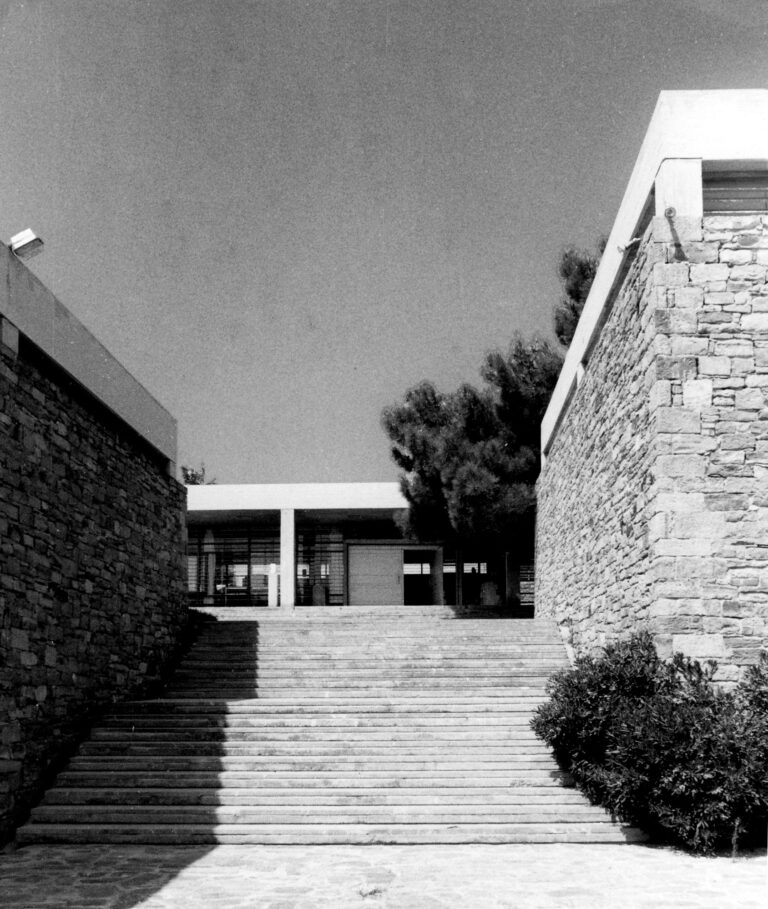 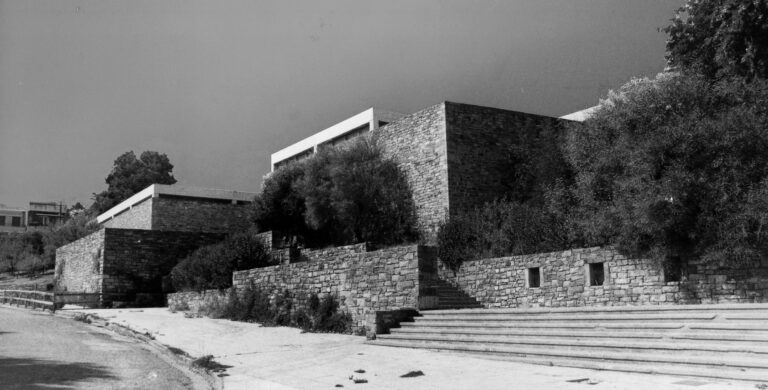 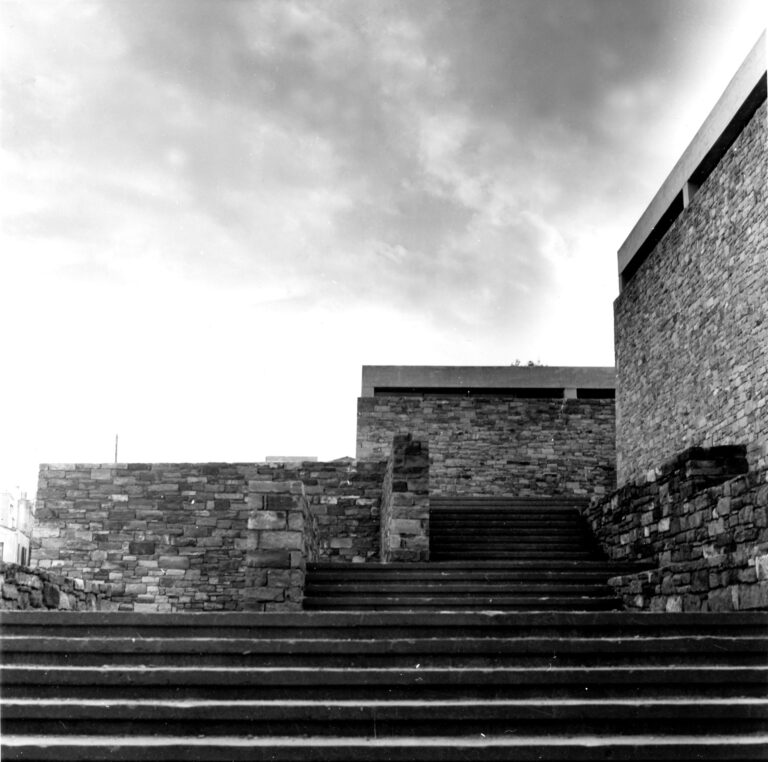