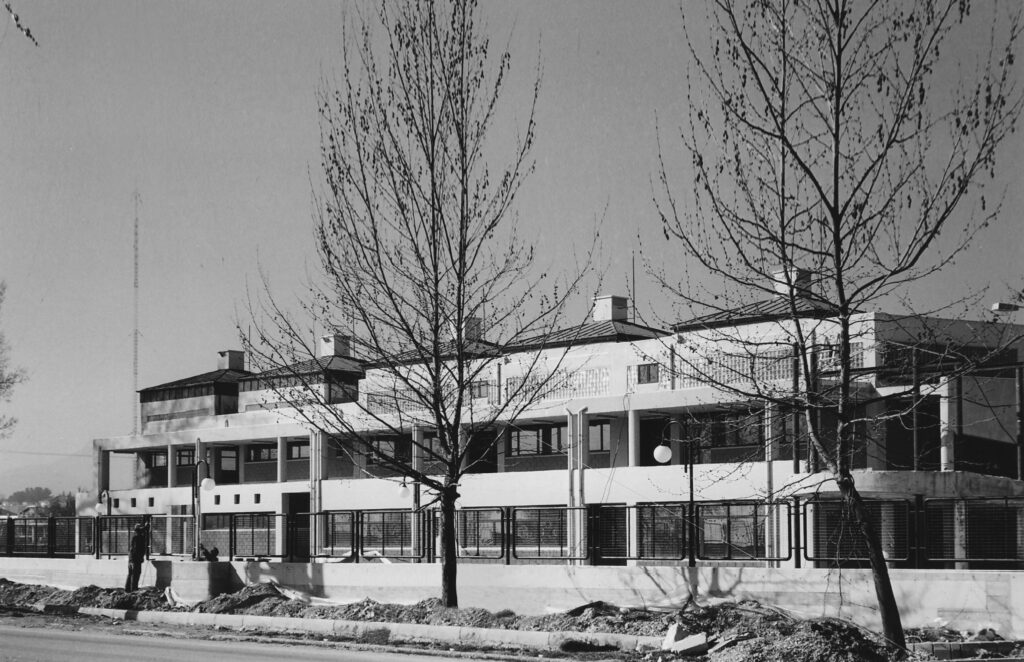 The Ioannina Centre for Traditional Handicraft is located in an area currently under development lying outside the perimeter of the old town, near the lake, traversed by Makariou Avenue. Ghrambalas Street directly connects the urban area with the centres new facilities and determines their orientation (buildings are constructed so as to face the lake).

From the two sections described in the original proposal, only one was completed – the northern one, closer to the lake – with a few minor changes. This section includes silversmith, goldsmith and metallurgy workshops, a small museum, administrative offices, the EOMMEX (Hellenic Organization of Small and Medium Sized Enterprises and Handicraft S. A.) shop, a multi-use space, the restaurant and auxiliary facilities.

The proposals basic choices consisted in the following: 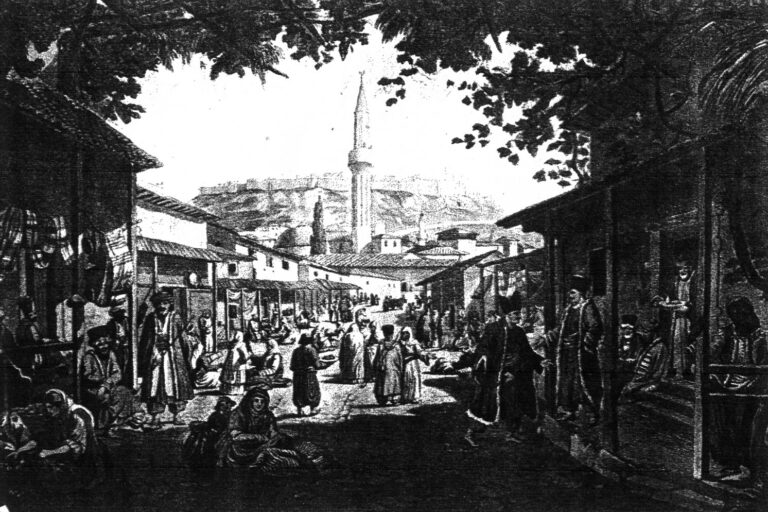 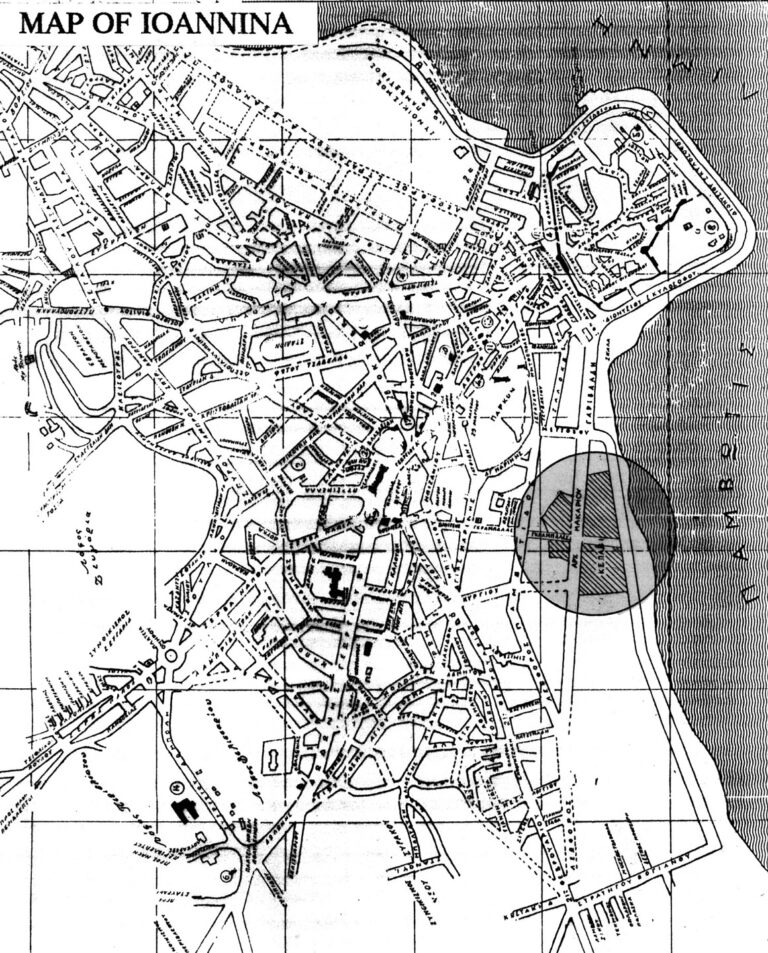 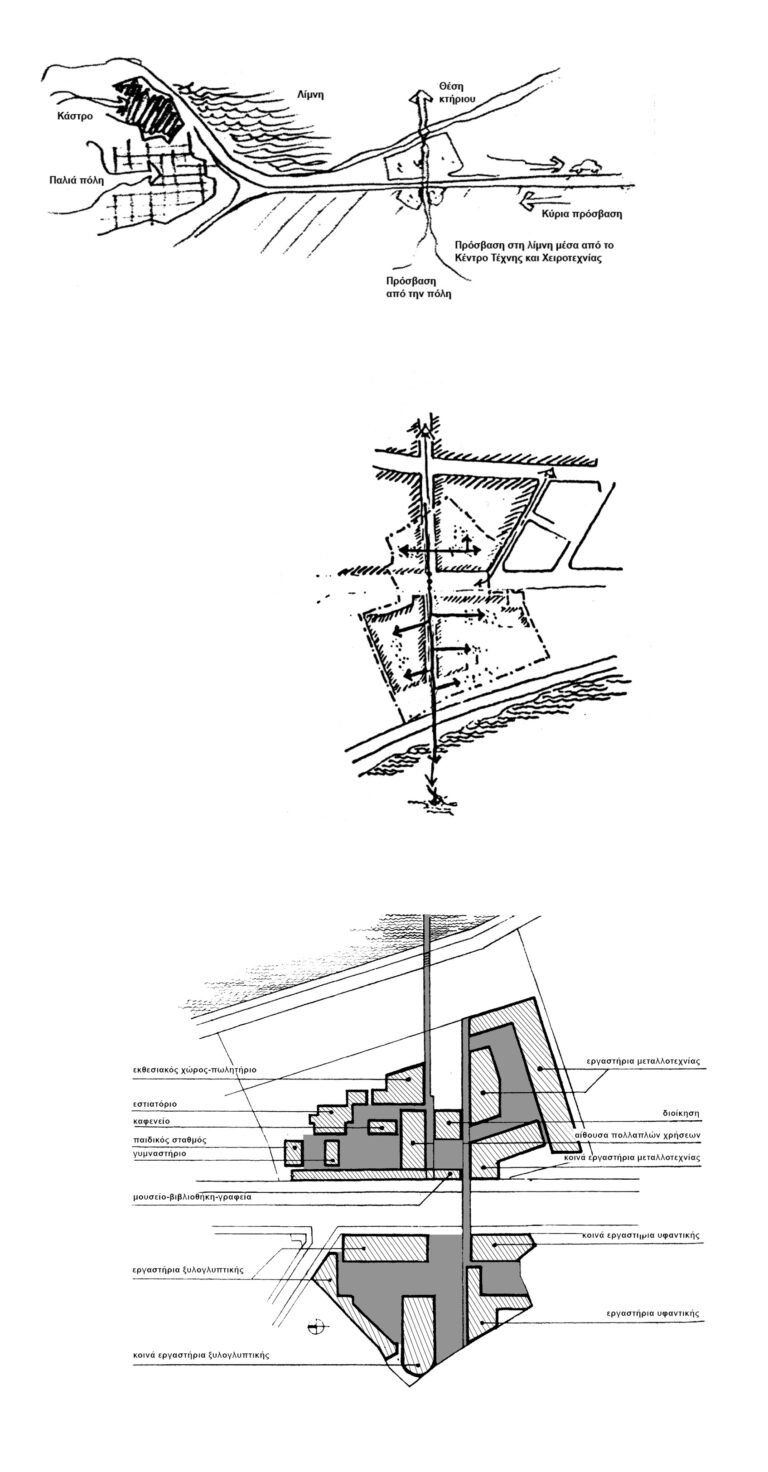 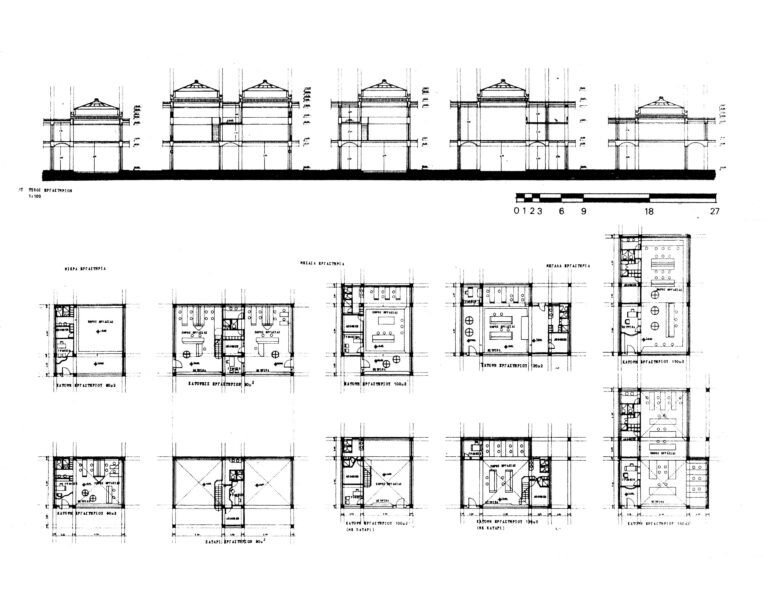 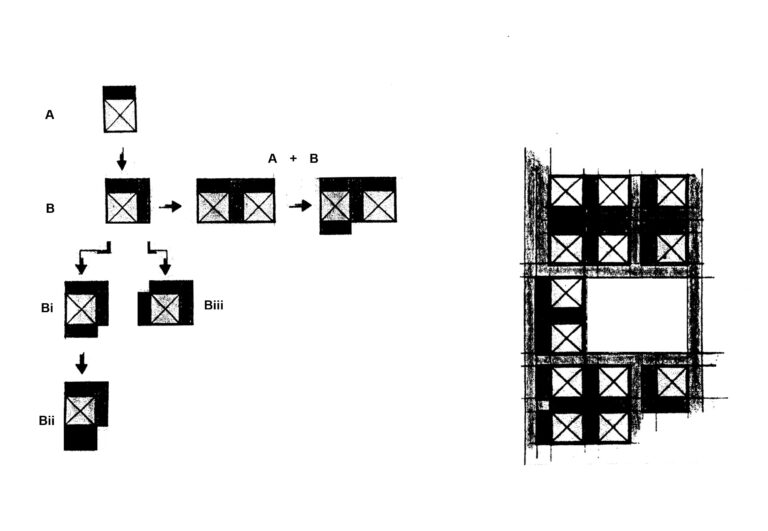 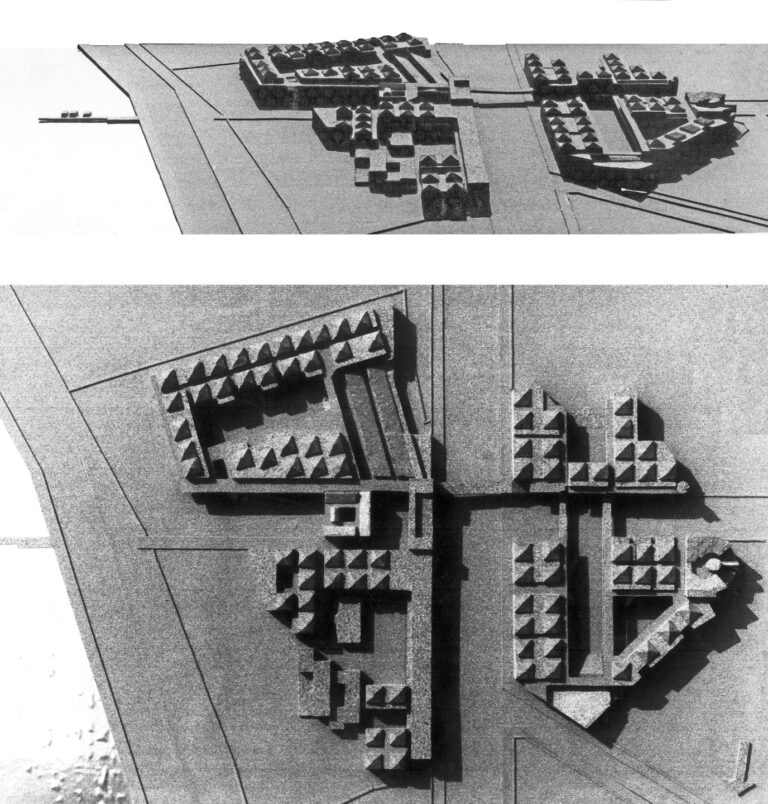 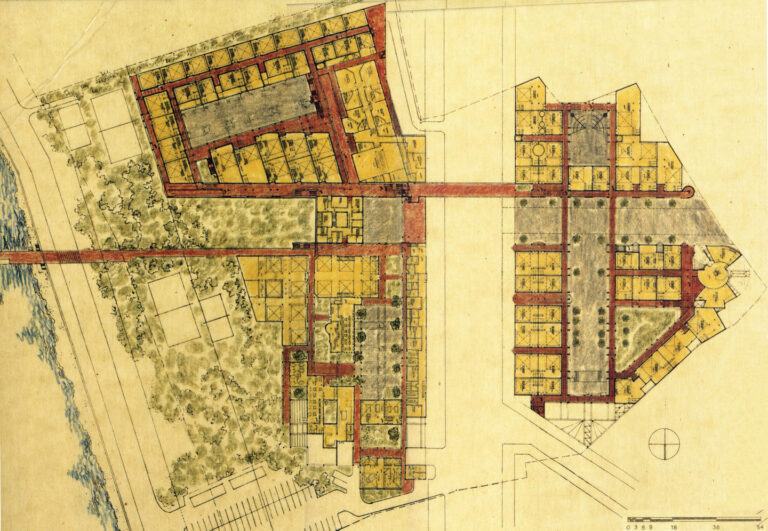 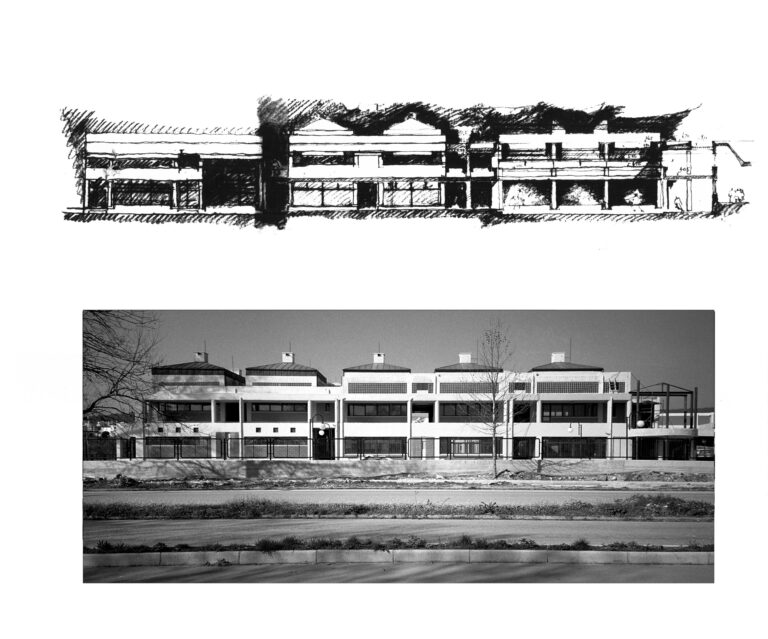 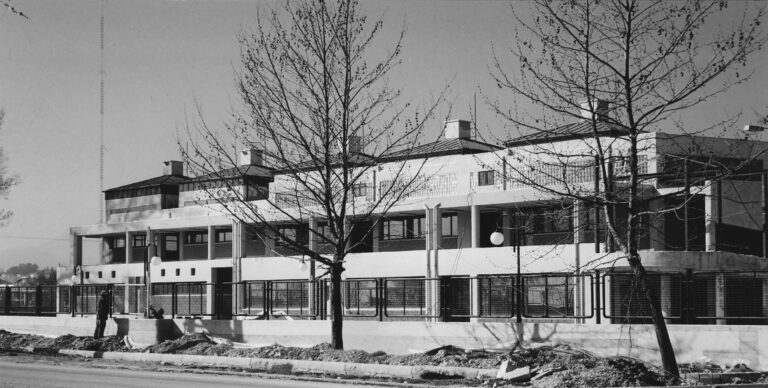 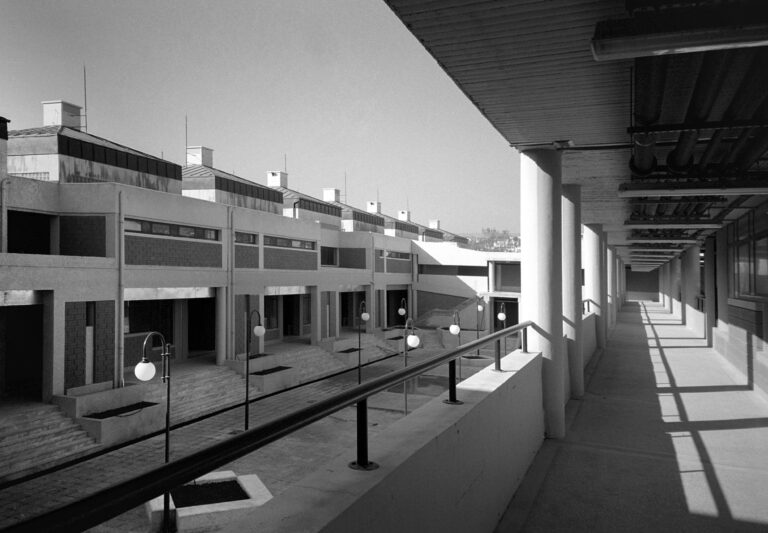 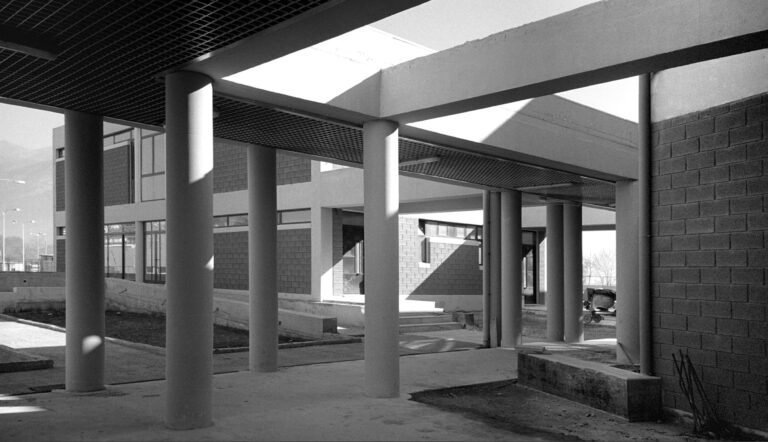