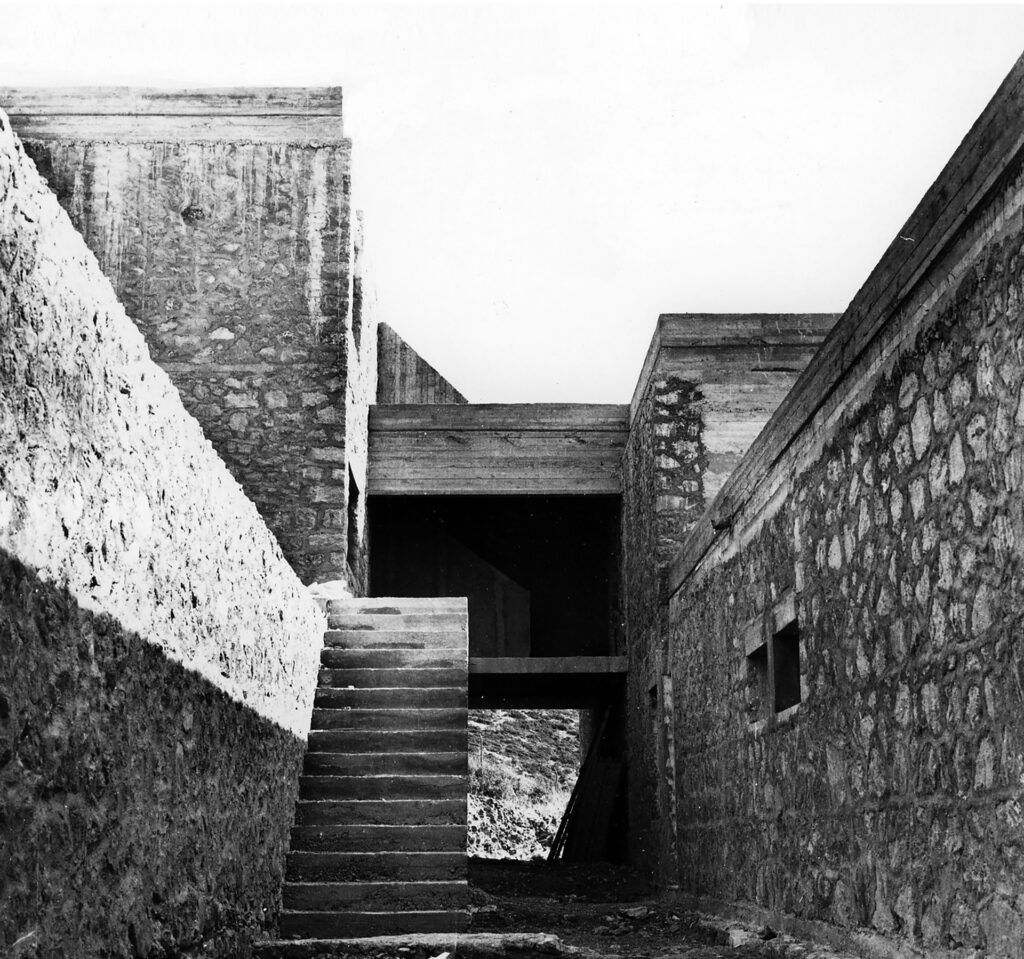 Apart from the obvious stage of designing the required number of residences, the residential complex built to house workers in the Distomo bauxite mines also involved an attempt at approaching the project from a socio-cultural perspective.

The degree of variations in the different structures that compose the units of built space and delineate the streets is such that it both ensures the effect of external homogeneity, which is a necessary precondition for the desired character of urbanity to emerge, and at the same time provides a variety of types that fulfill different needs in the interior of these units.

The complex was designed as a system of zones running parallel to each other, in which private and public, open and closed spaces alternate.

These zones, which are all of the same width, are delimited by means of 0,50meter-wide stonework running parallel to them. Crossing through these parallel alternating zones at a right angle are zones-energy lines (heating, electricity, water, drainage) installed at a distance of 12 meters from each other, their pattern spanning the areas covered by the buildings.

The various social groups – engineers, administrative personnel, overseers and workers – were housed according to their particular needs and not in self-contained, isolated areas.

The project was unfortunately undertaken by profiteering contractors who failed to show the care required at the stage of construction. Raw masonry surfaces were coated and tenants were allowed to occupy the houses before the project was properly completed.

For some years now, the complex has been abandoned and is falling into ruin before the indifferent eyes of its owners. 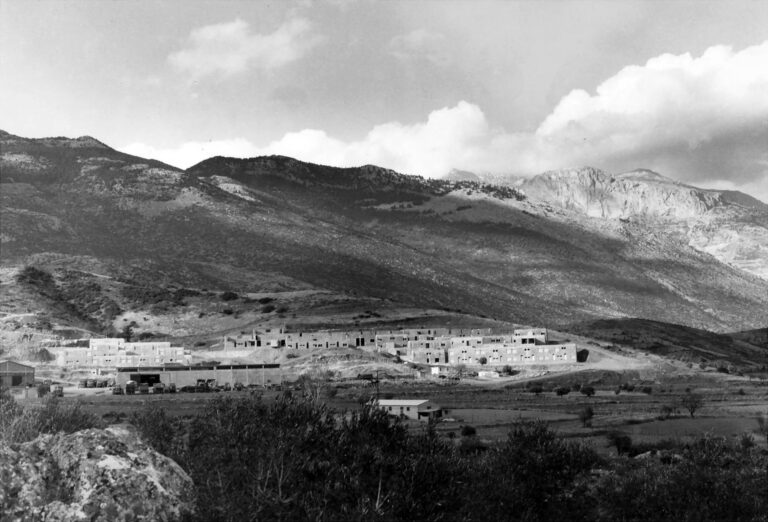 1-Housing-at-Distomo-General-view General view of the housing settlement and the site, 1971 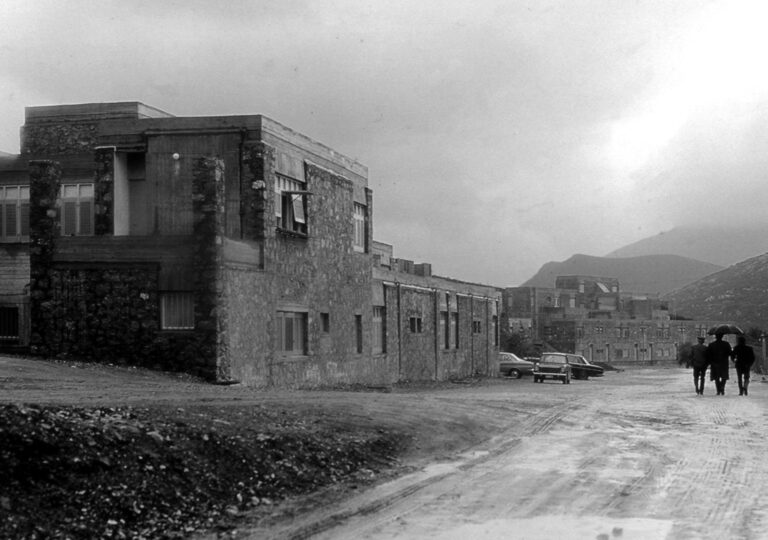 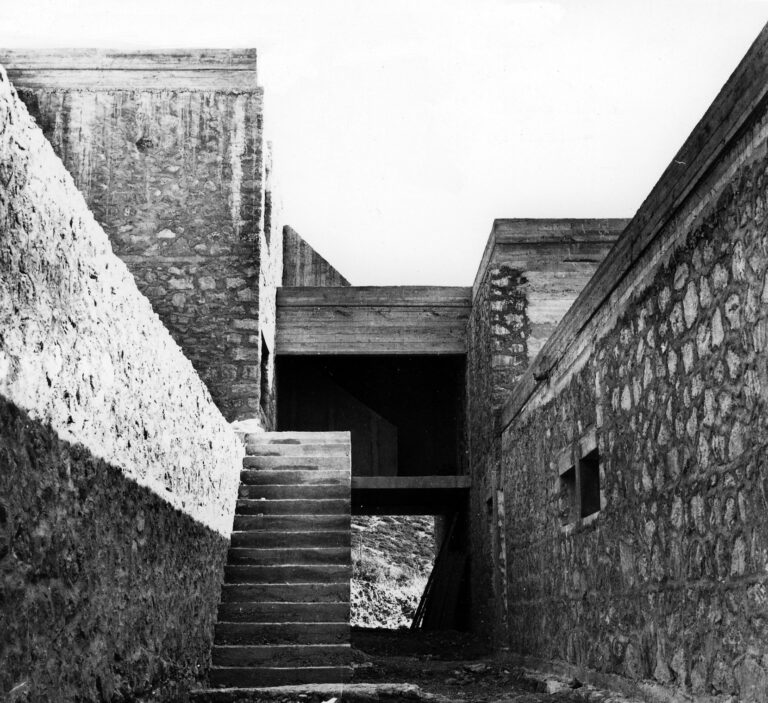 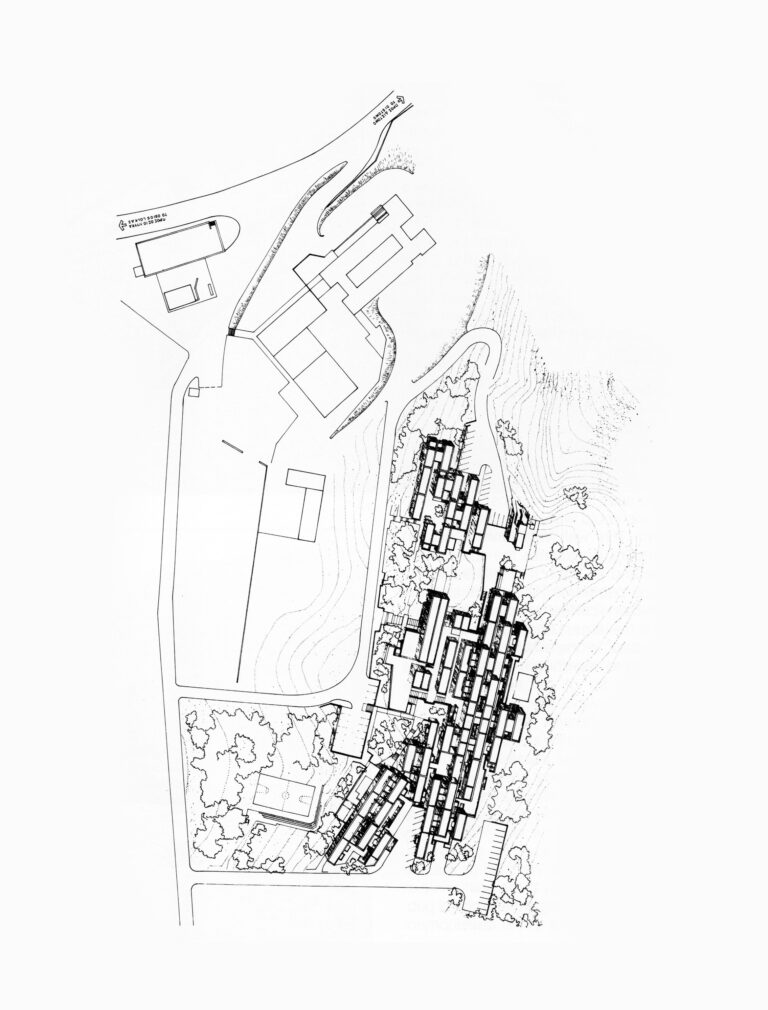 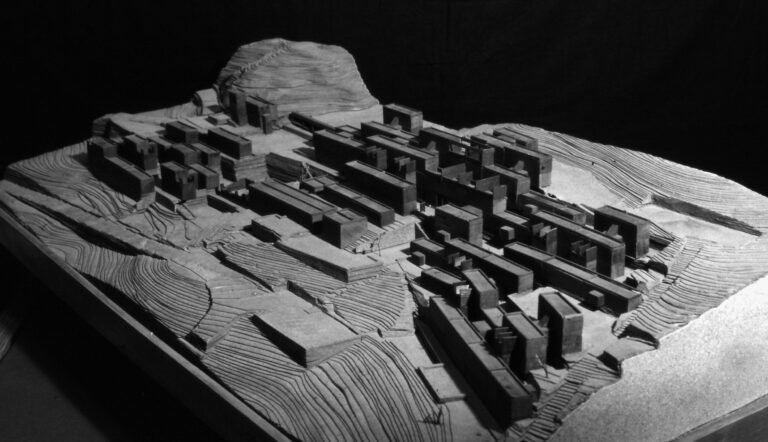 3-Housing-at-Distomo-Study-model Study model. Instead of the three apartment buildings requested by the employer, we proposed a settlement in the available space on the outskirts of the settlement of Distomo (Ίχνη Αρχιτεκτονικής Διαδρομής, σελ.72) 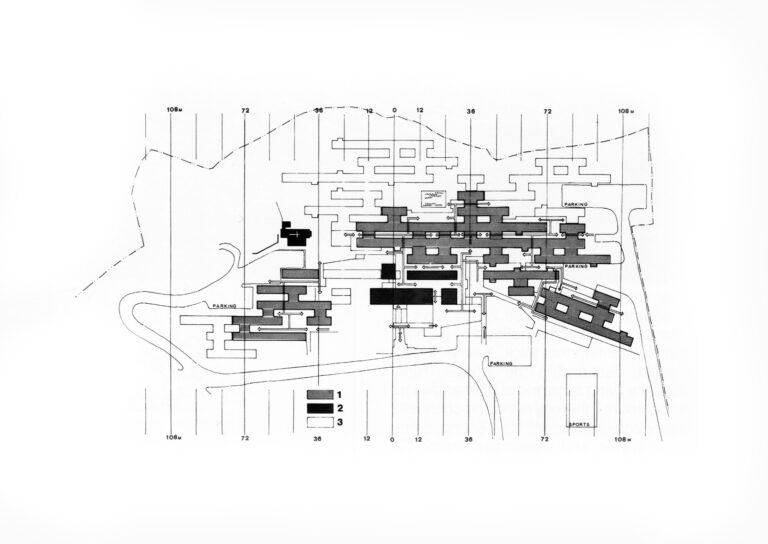 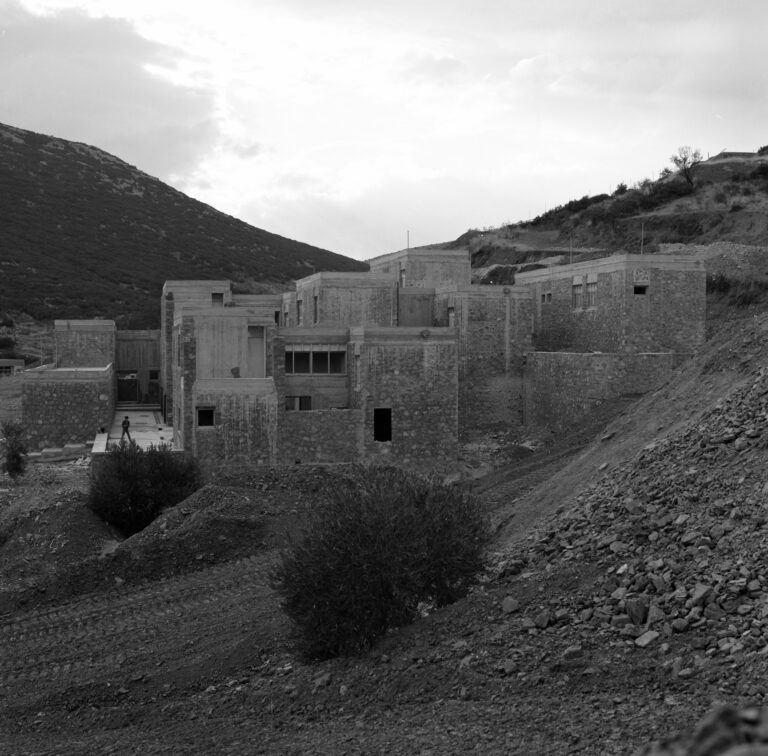 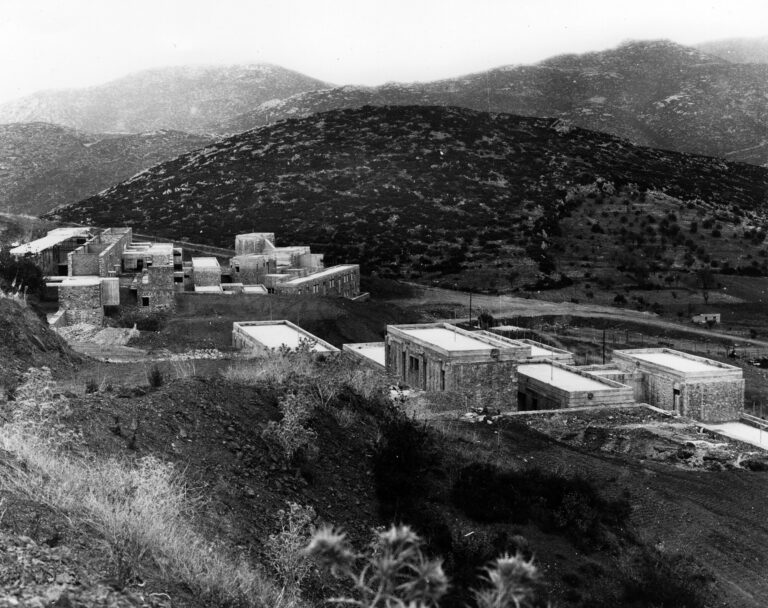 6-Housing-at-Distomo-Northwest-view Northwest view of the settlement 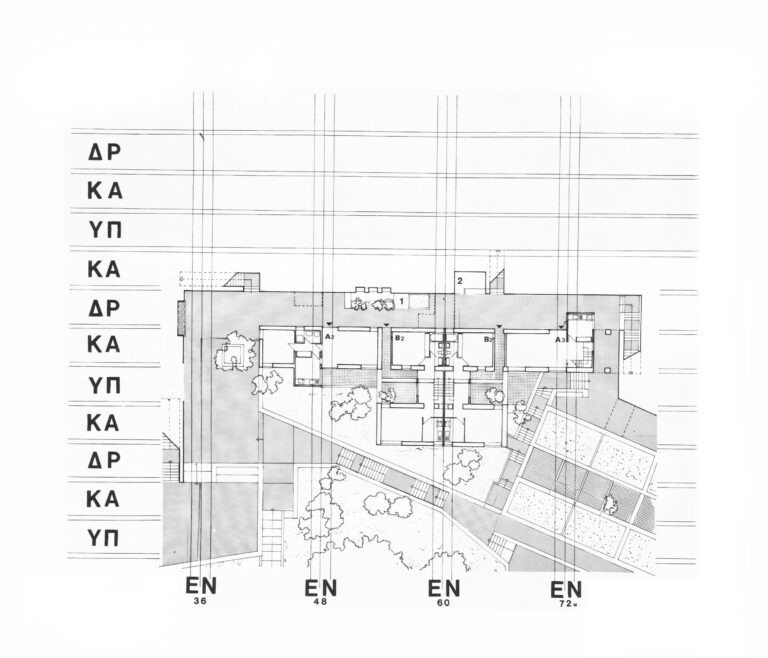 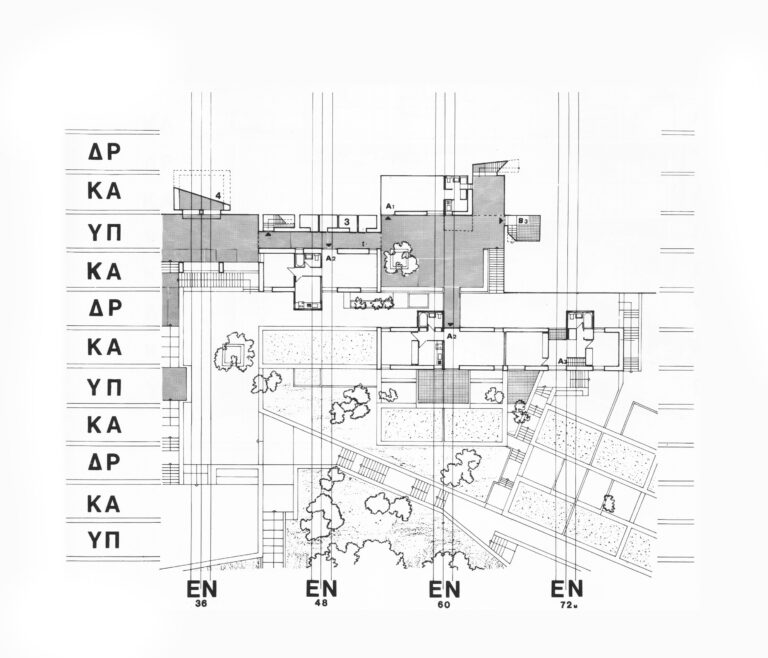 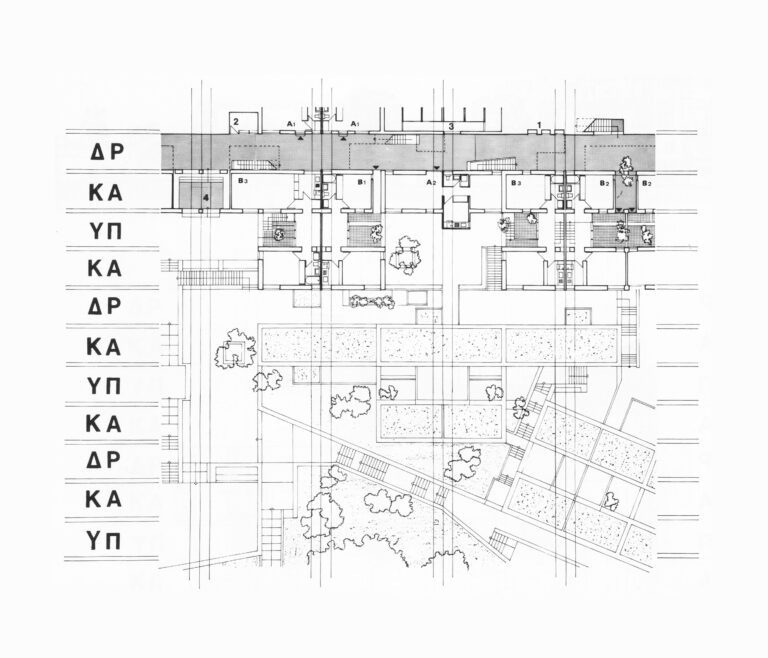 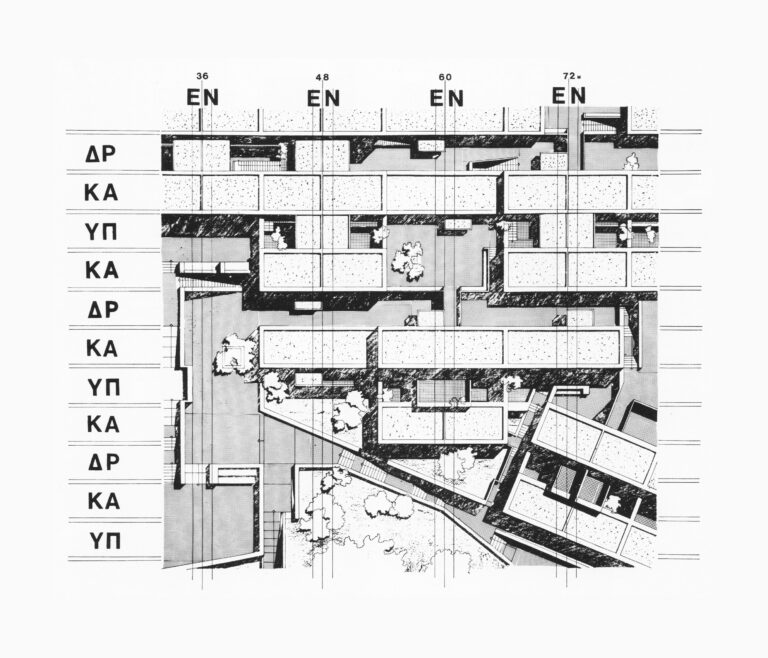 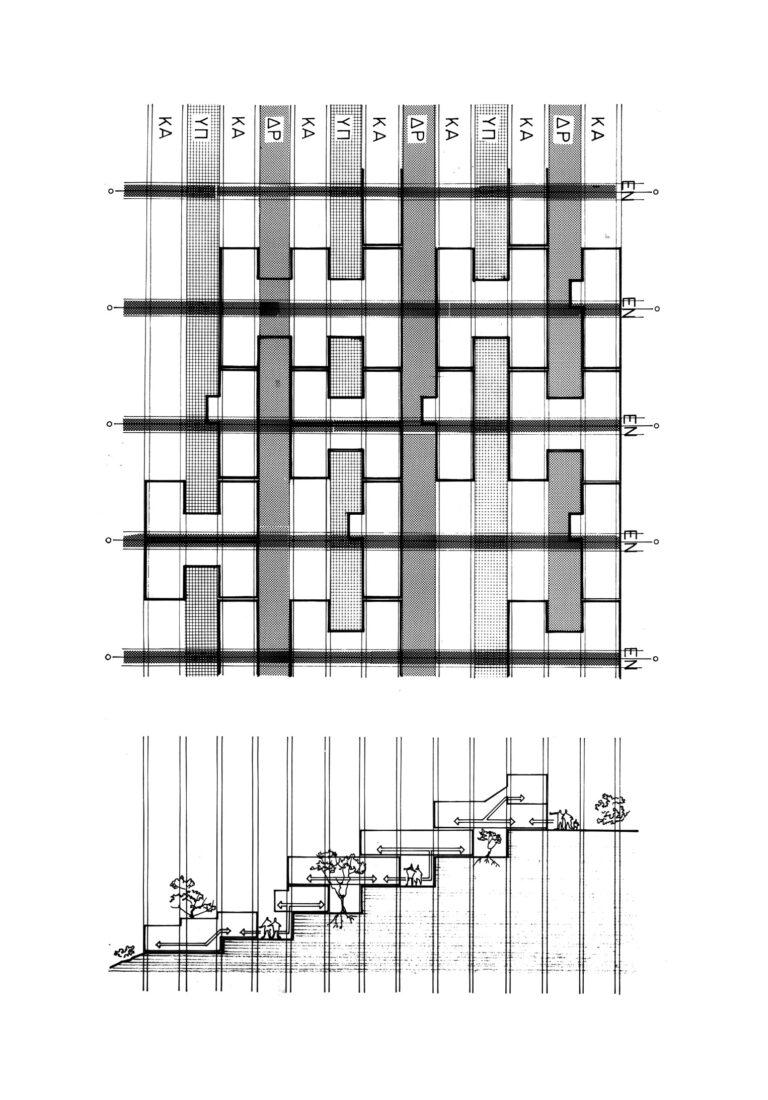 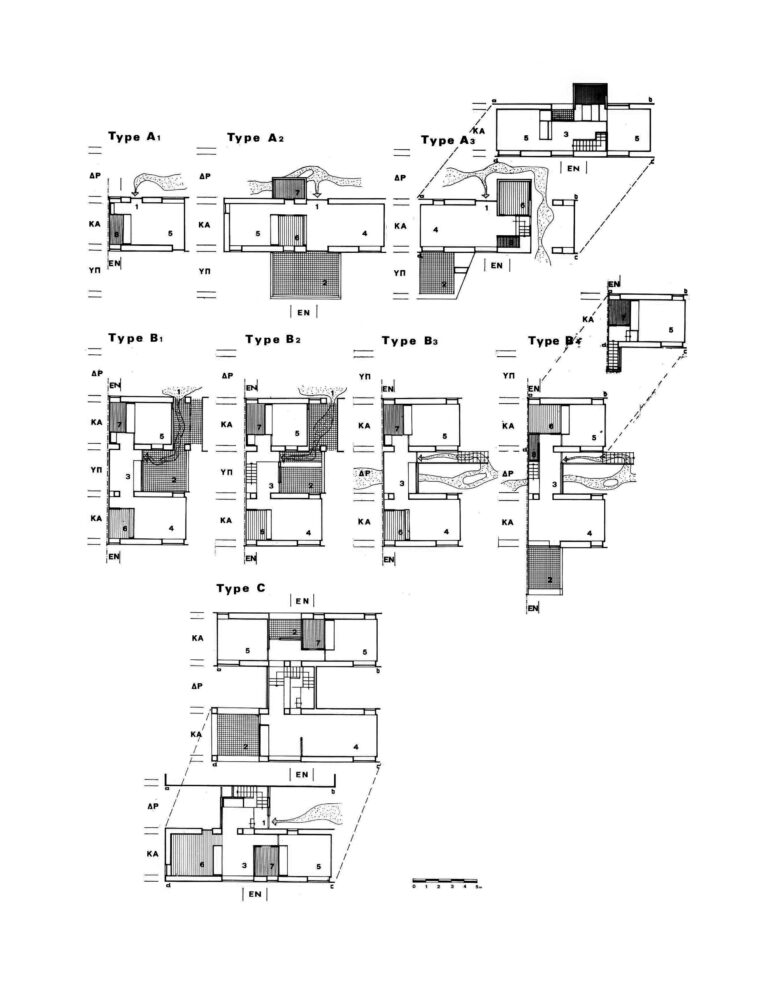 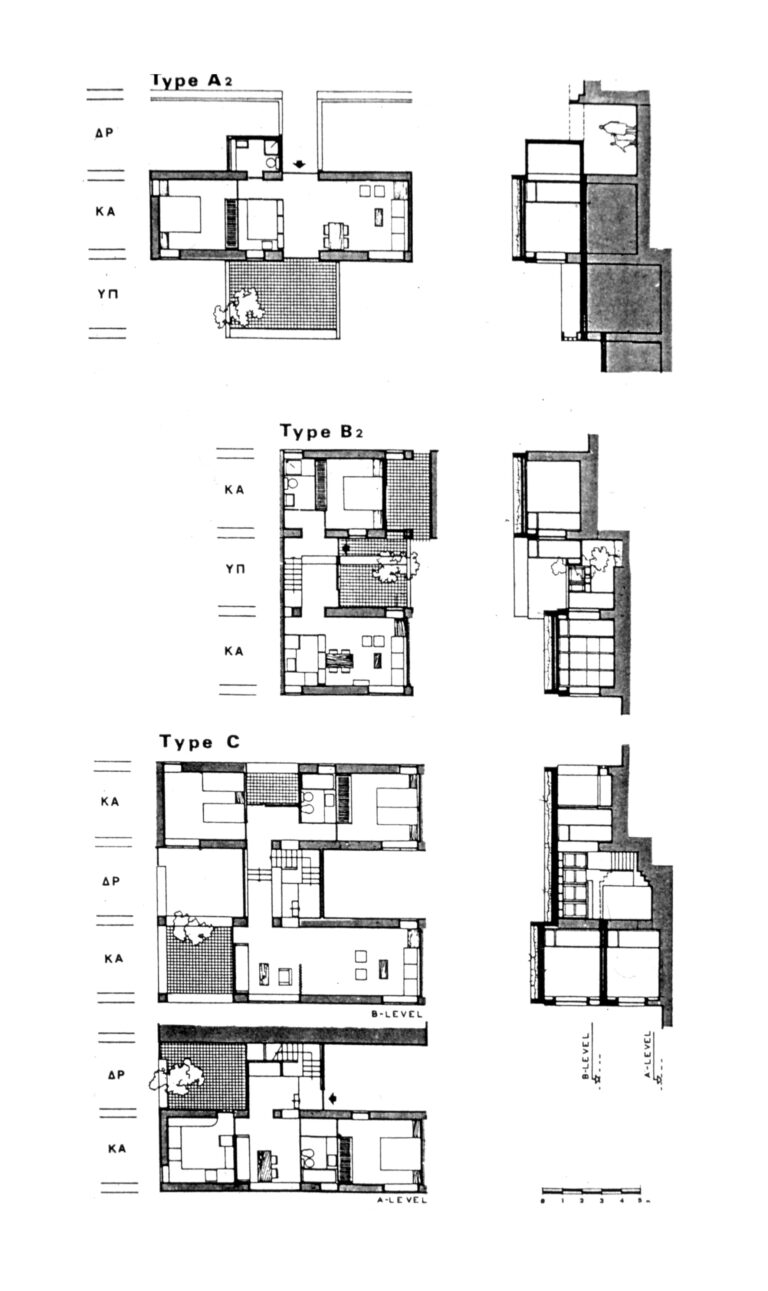