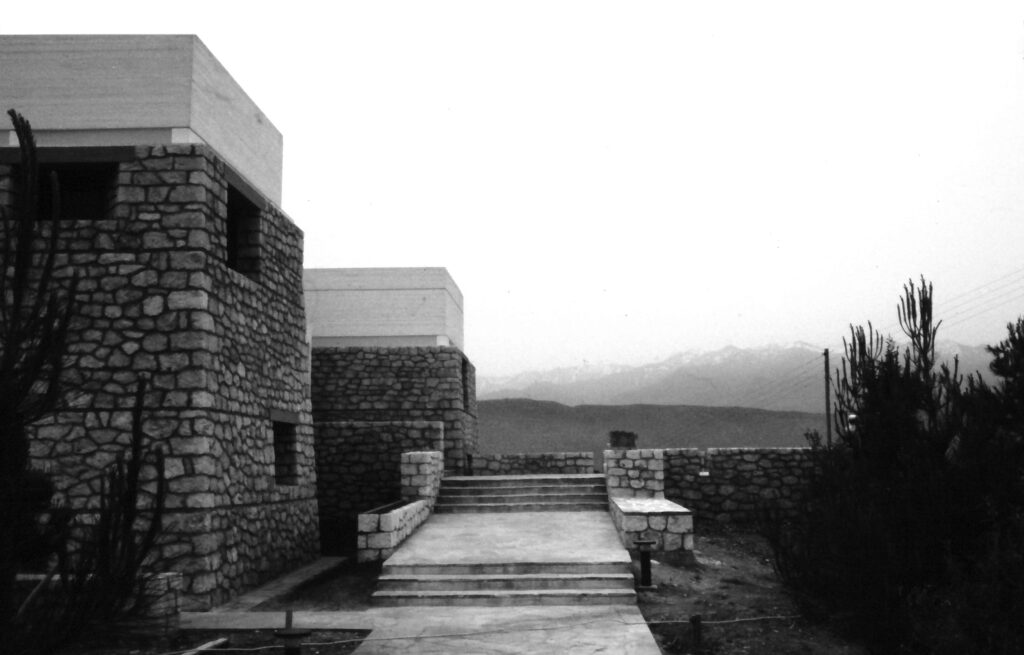 This is a house situated on the edge of a cliff.

Conditions were such that the houses main spaces and master bedroom could only be arranged on a single level.

The houses spot is unique. It offers a panoramic view that extends from east to west spanning the port of Souda, the Lefka Ori mountain range, the city of Chania.

The climate is usually mild with a harsh wind blowing from the Northwest.

Spaces were arranged in parallel-running zones so that they remain open on both ends, offering views of the surrounding environment and allowing cool breezes to circulate within them, creating the effect of directly extending into nature in the summer, with open-air spaces whose degree of processing varies, thus allowing a smooth transition from the natural environment to interior space, from the public to the private.

The house, meant to serve the needs of a family with an intense social life and built close to the city, was designed in such a way as to form a group of small, autonomous units for children, grandchildren and guests. In addition to private spaces (bedroom and bathrooms) these units also include discreetly separated open-air spaces. 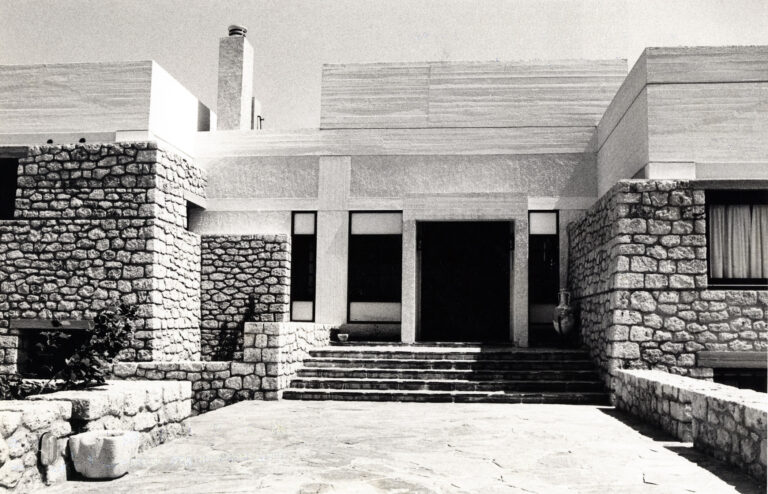 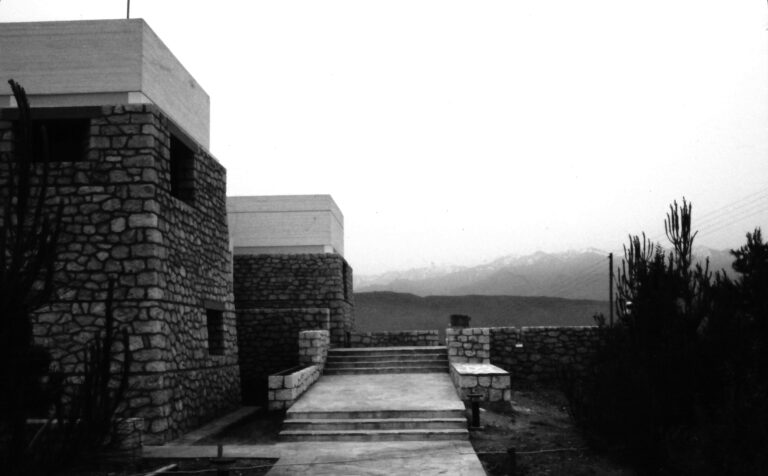 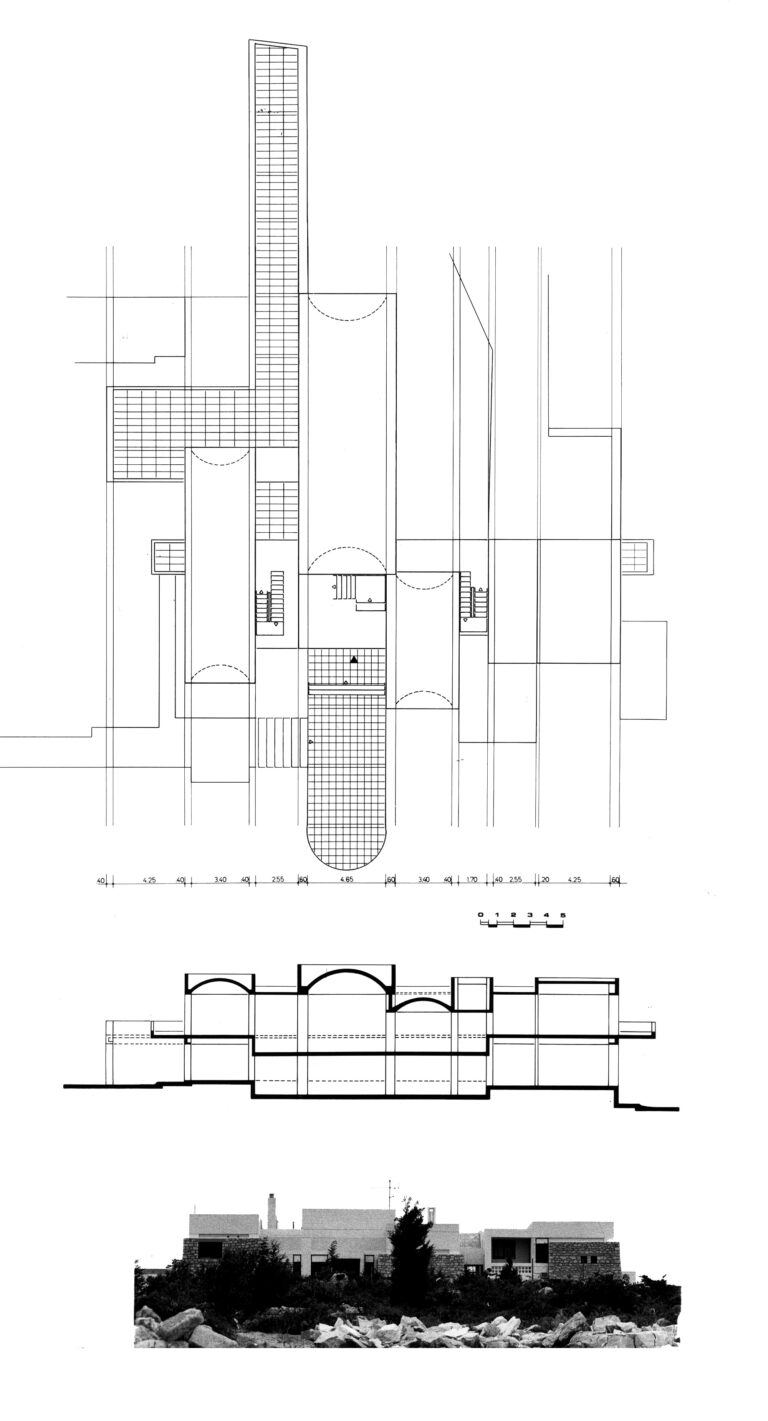 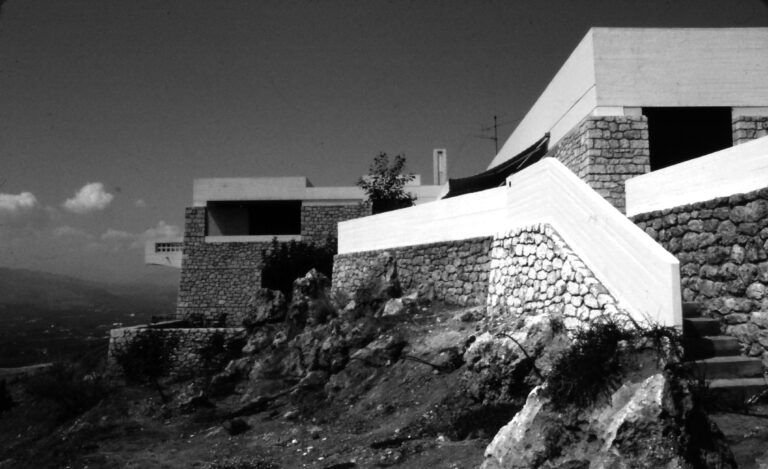 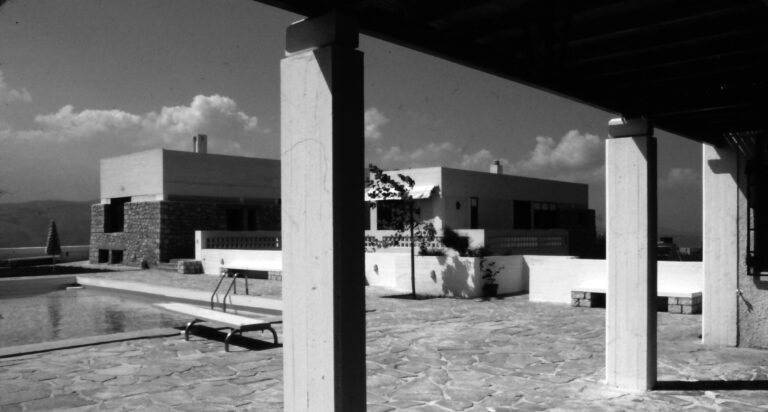 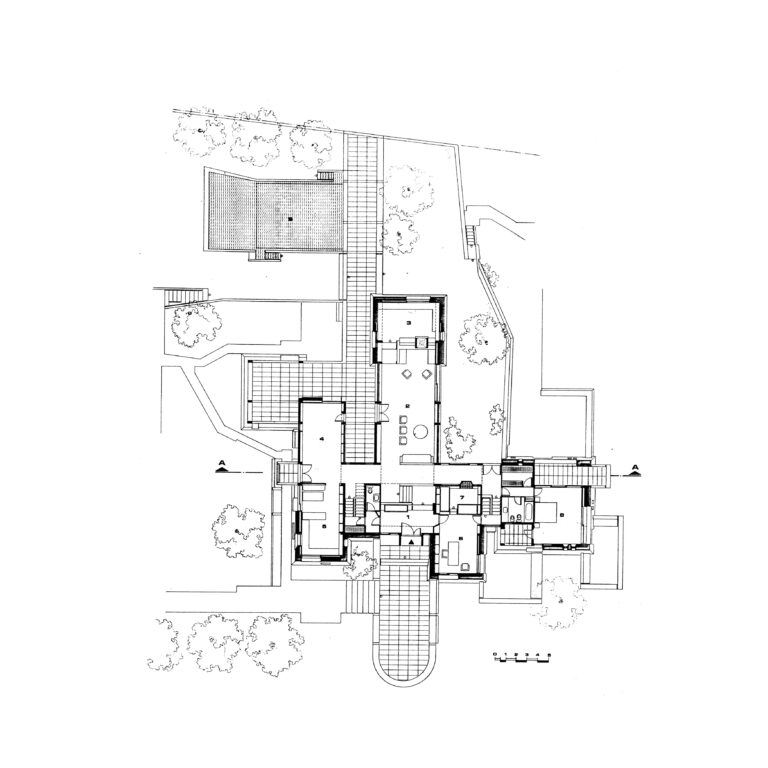 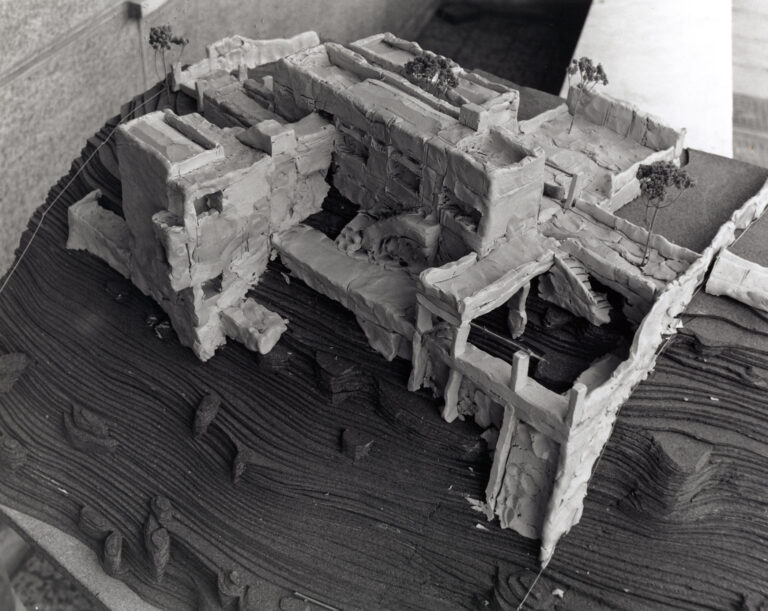 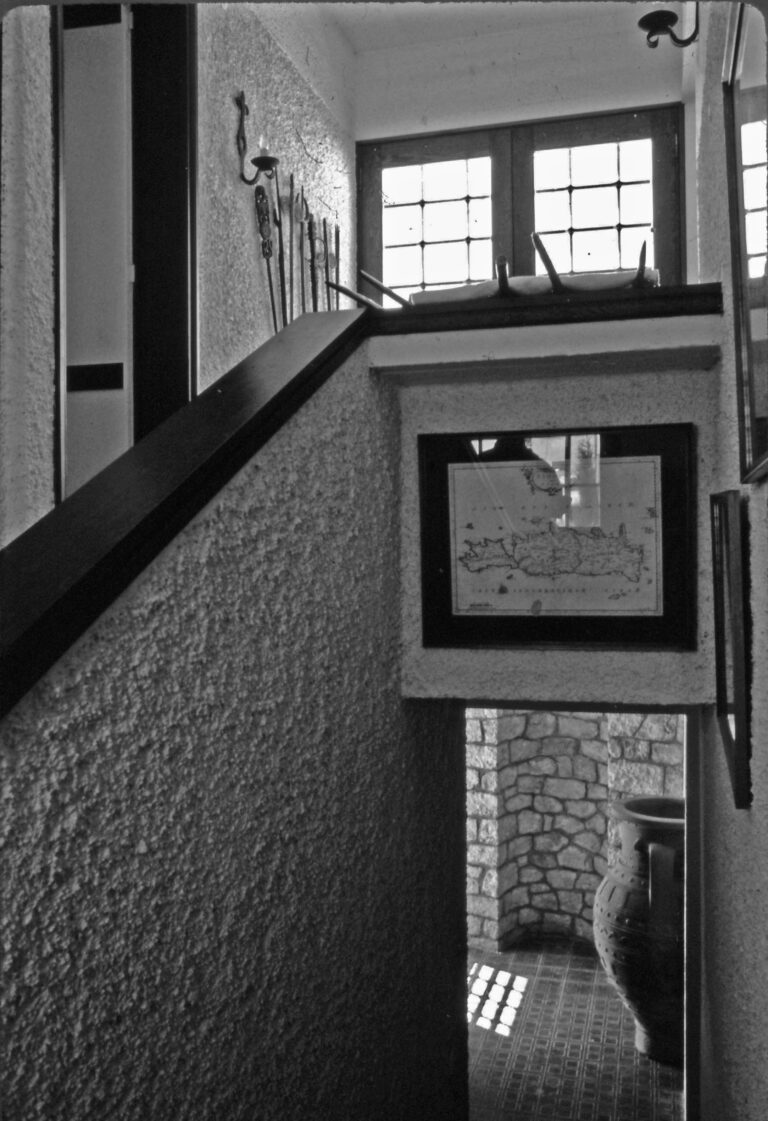 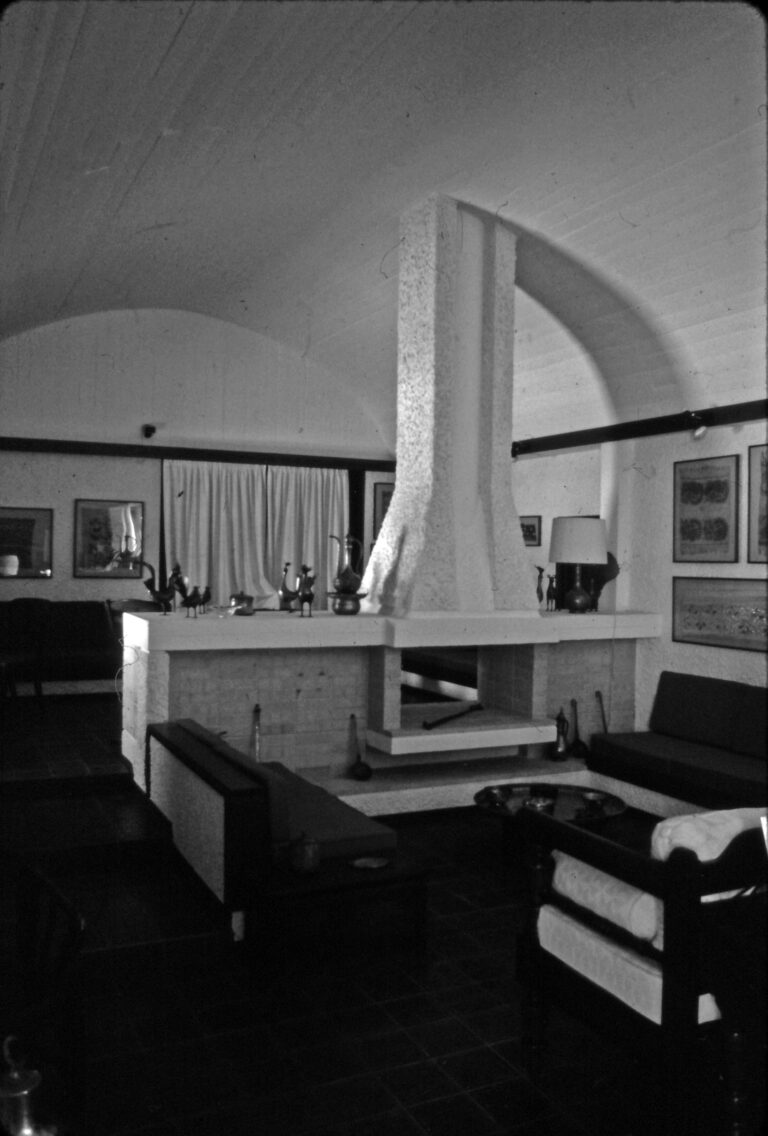 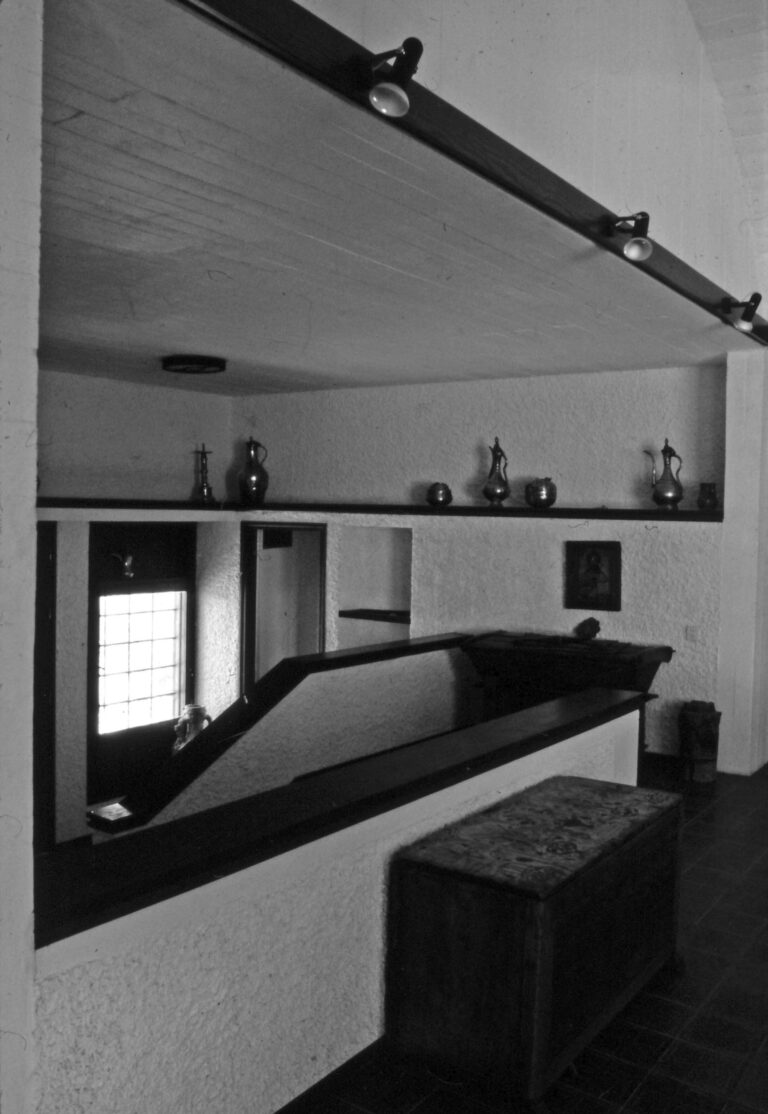