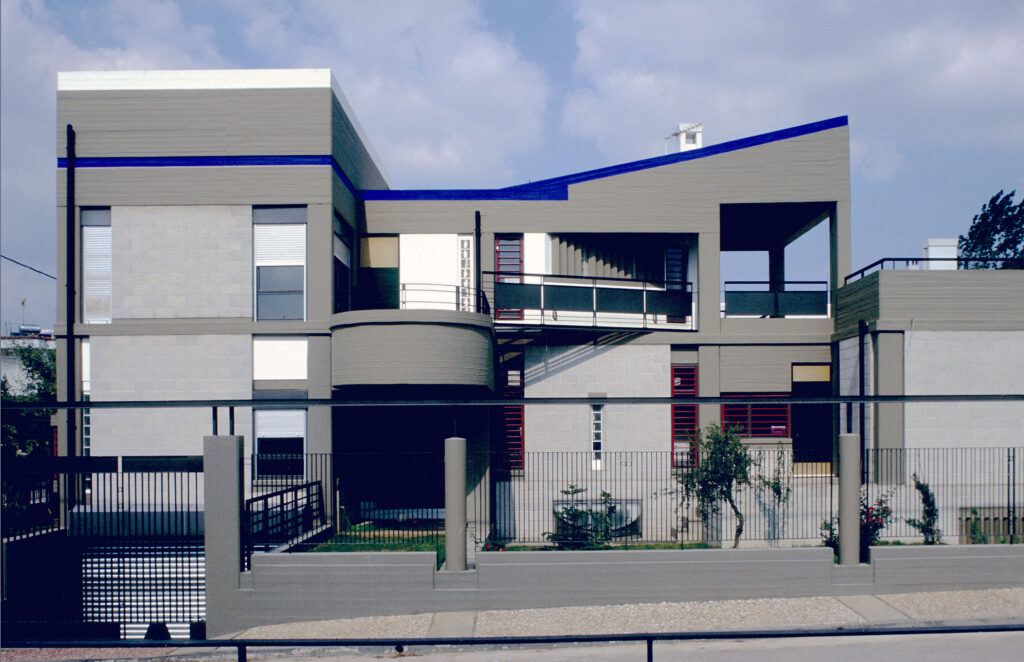 During construction, the house was passed on to new owners, who were kind and sensitive enough to contact us for the purpose of its completion.

Circulation inside the house has been studied in such a way as to emphasise an ordering of activities into units, which in fact form smaller houses within the house, a condition that is conducive to family life, that facilitates autonomy and reflection and that also allows the sense of companionship between family members to grow. Such units are articulated as follows:

1.The reception area, including the fireplace and a balcony to the northwest that is connected with the roof by means of an elegant metallic bridge.

2.The dining room and kitchen and their respective open-air spaces.

3.The parents bedroom – complete with such necessary auxiliary spaces as the bathroom and storage room. Added to this is the study-sitting room and their respective open-air spaces.

4.The children’s rooms, with an intermediate space serving as a sitting room, its open-air space and the bathroom serving these rooms.

5.An independent guest house on the ground floor.

Passages wind between these units, traversing the house in a northwest-northeast direction, ensuring ventilation and openness on both ends of the house through this dual orientation.

Processing the element of concrete – used in raw form in both the interior and exterior of the house – involved the degree of care required when dealing with a material as misconceived in the Greek context as that.

Some of the characteristics of spatial arrangement here – axes, heights, passages, the relationship between interior and exterior space – depending on each space and its place in the buildings body, were either enhanced or emphasized. A range of colours was used, whose selection was dictated by structural needs.

Floors were designed so as to create the impression of belonging to the buildings particular universe, and this was also true as far as all metal, wooden or marble constructions were concerned, either in the form of built, permanent pieces of furniture or of elements shaping outdoor space.

The concrete block of optimum industrial specifications serves as a standard for accurately determining proportions and symmetry. It is a material closely related to raw concrete, but preserving its autonomy, co-operating with it in every opening, in every instance where the solid, monolithic surface appears to be withdrawing; revealing its particular makeup. 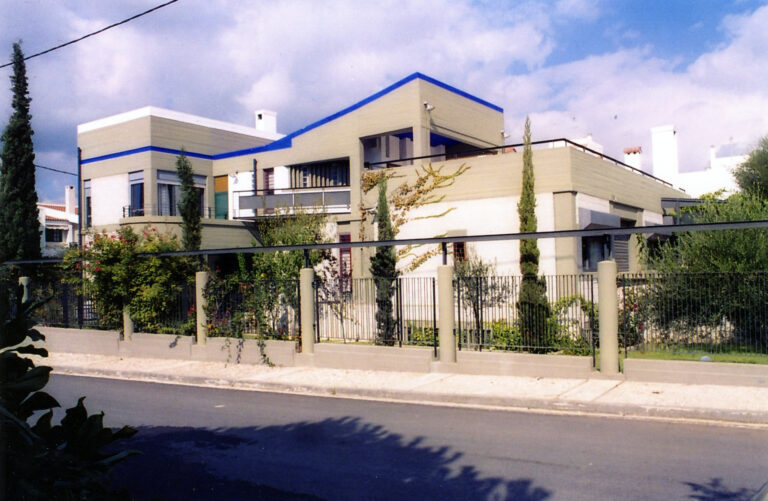 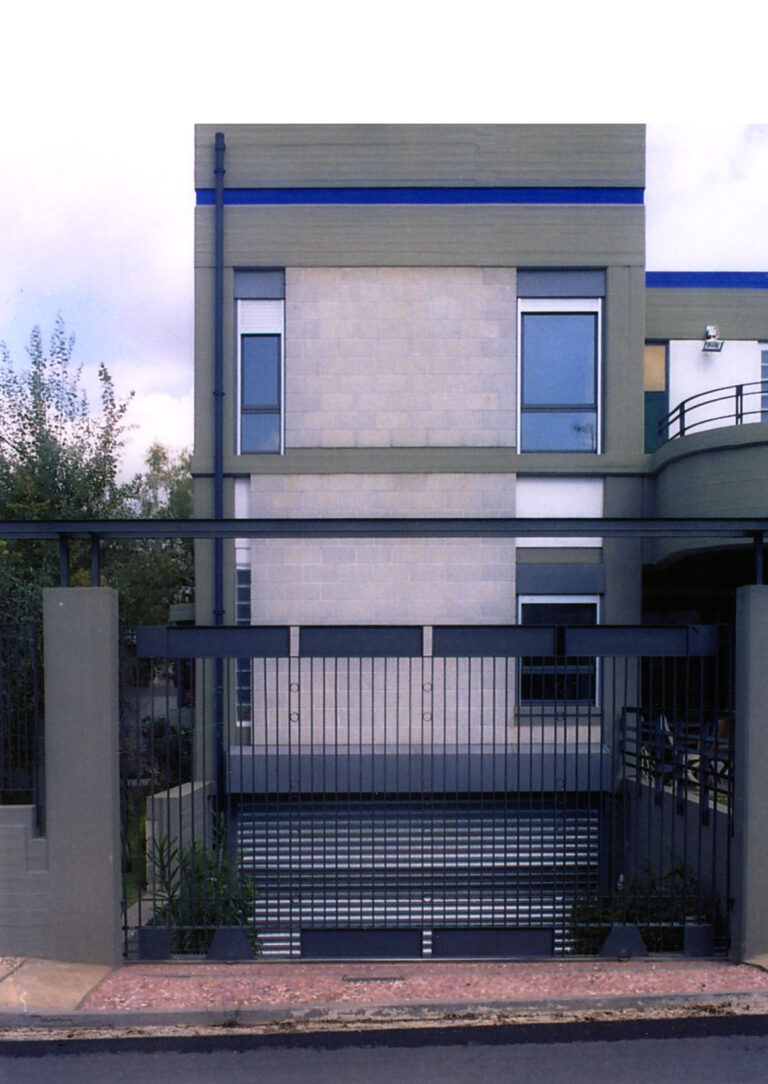 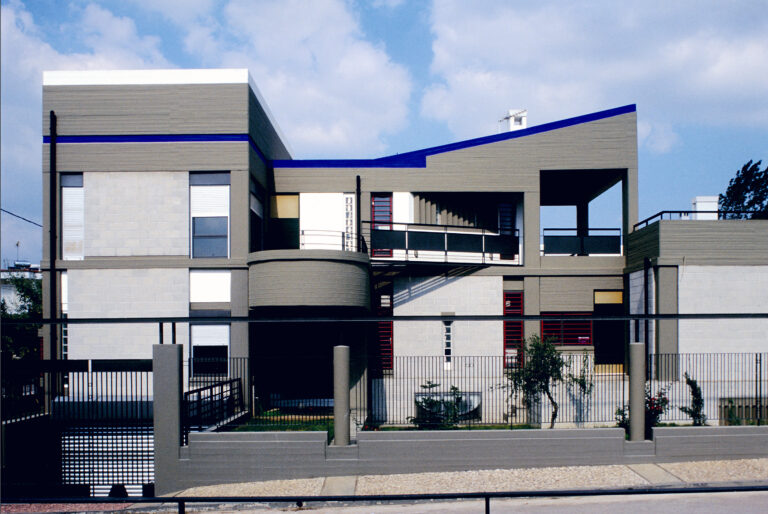 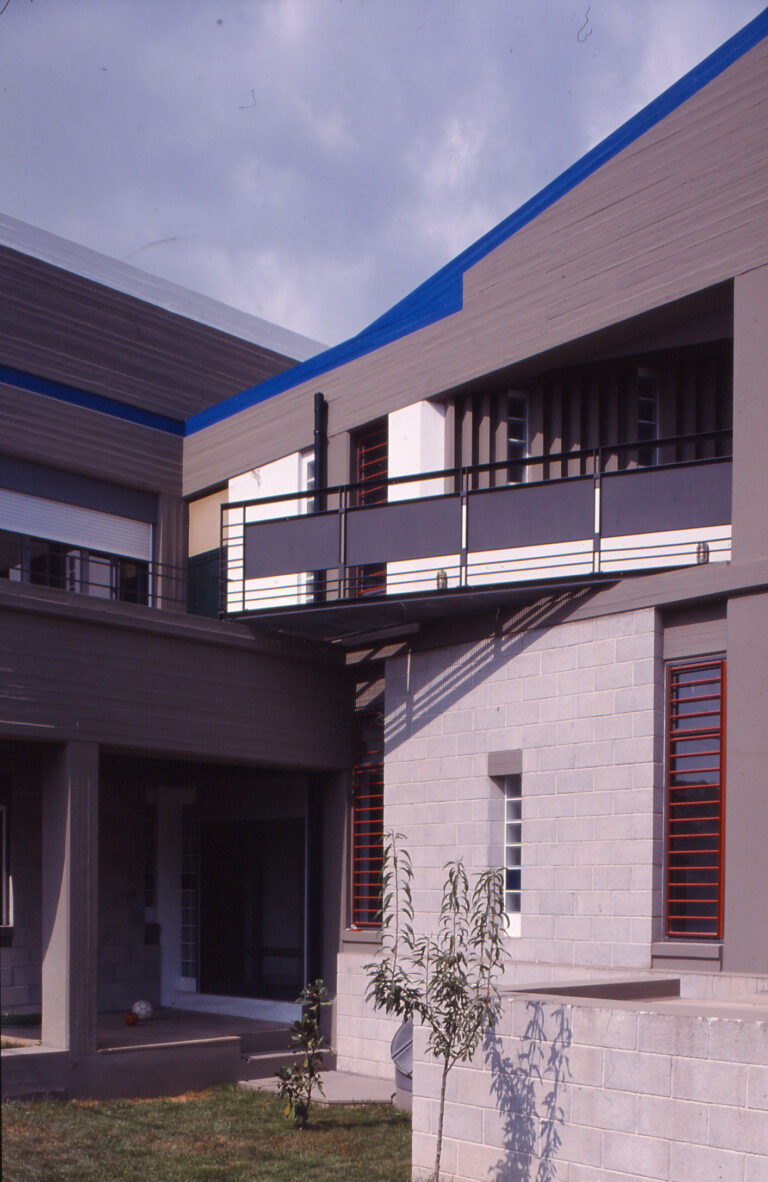 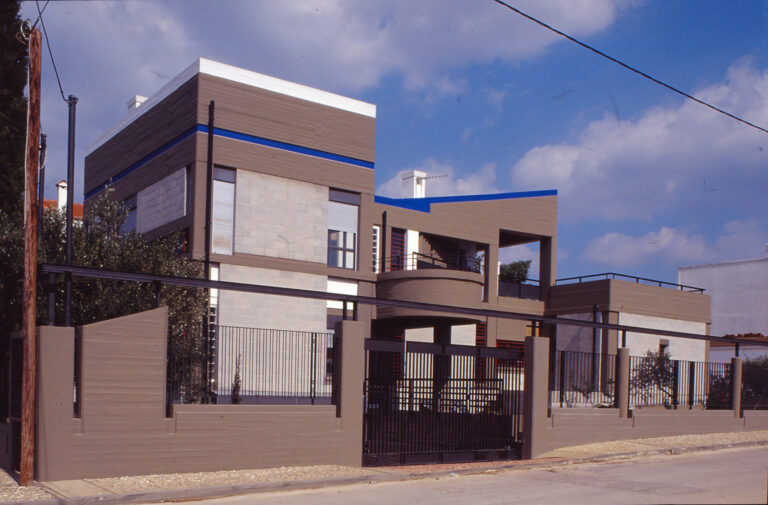 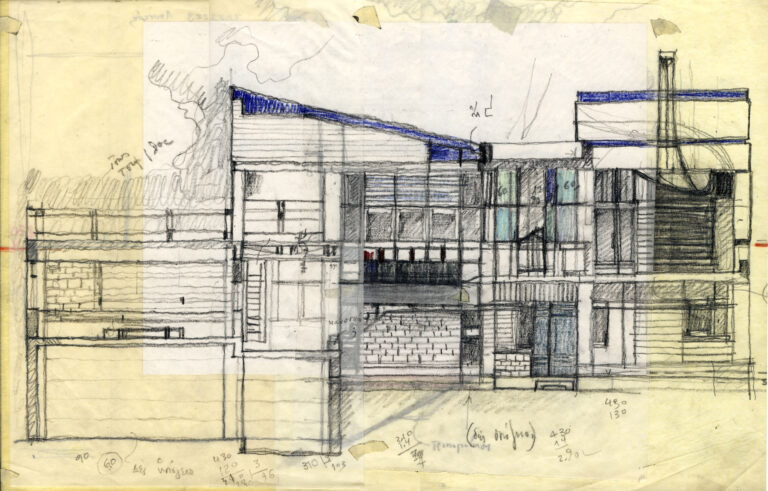 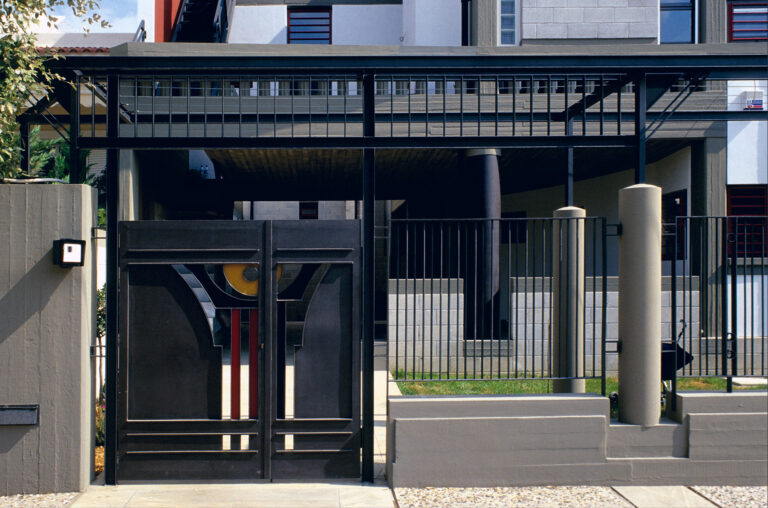 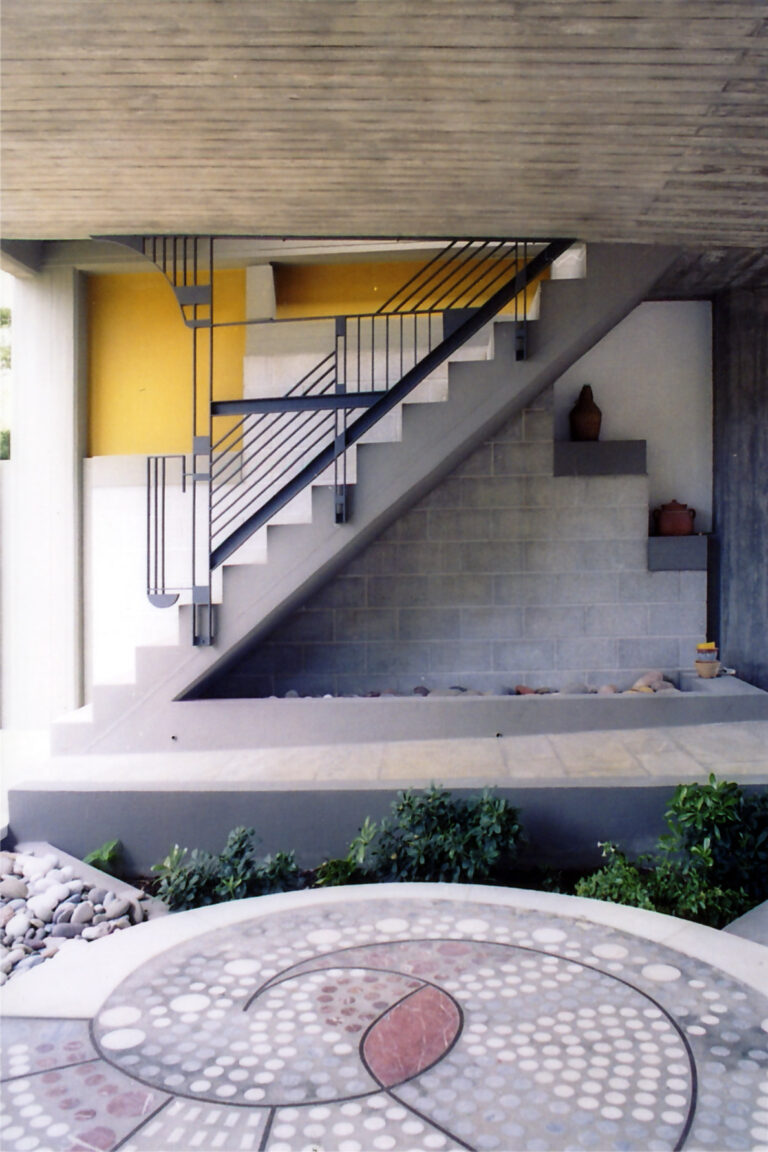 from-the-open-air-entrance From the open-air entrance 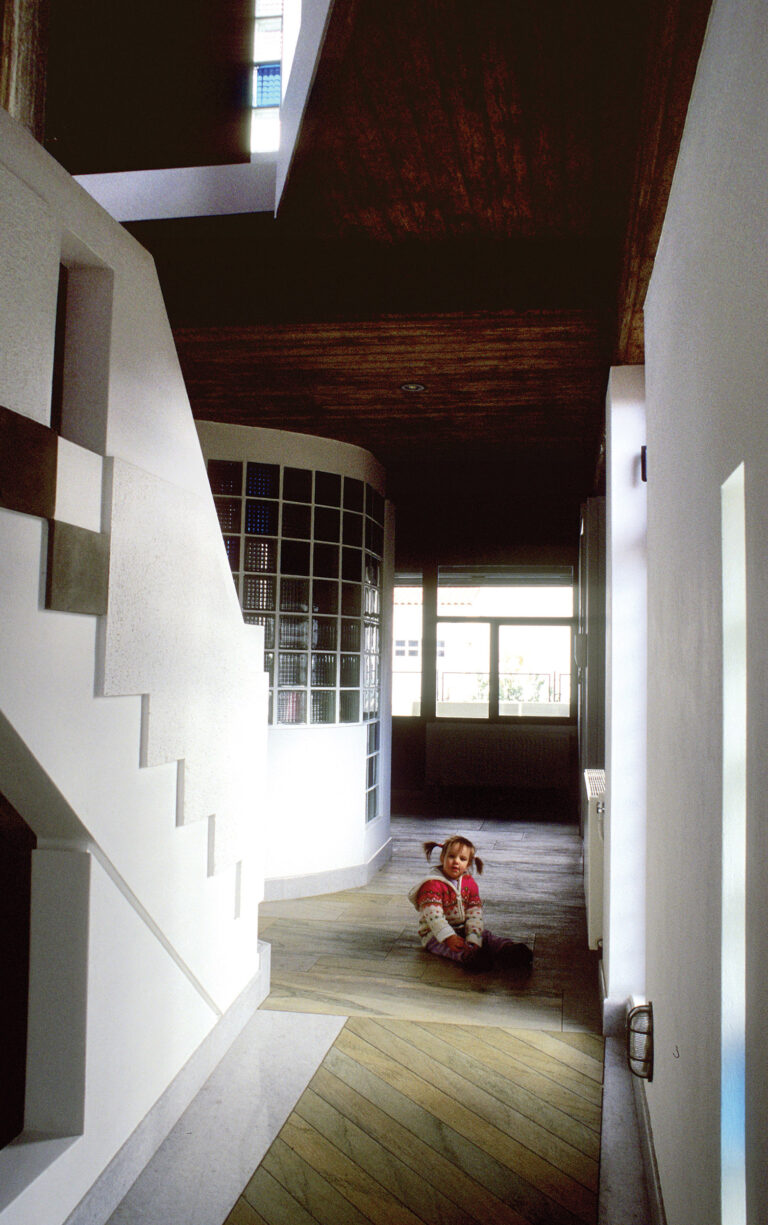 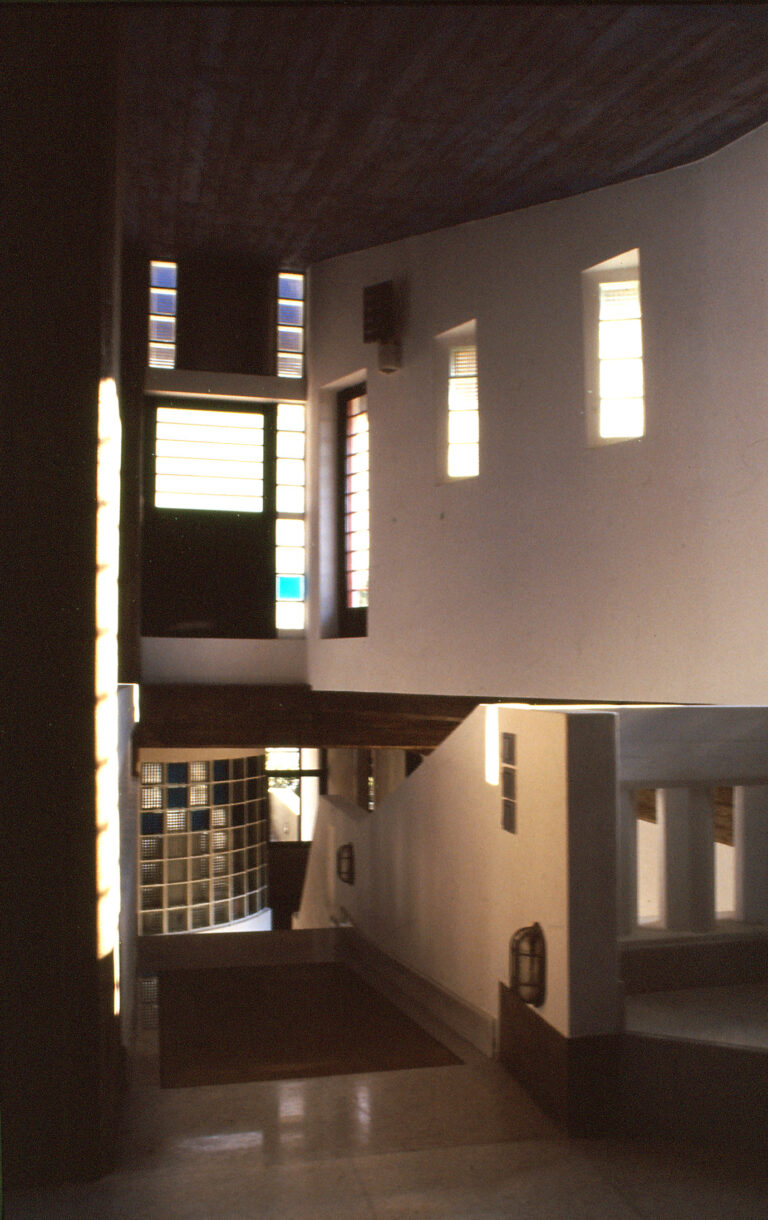 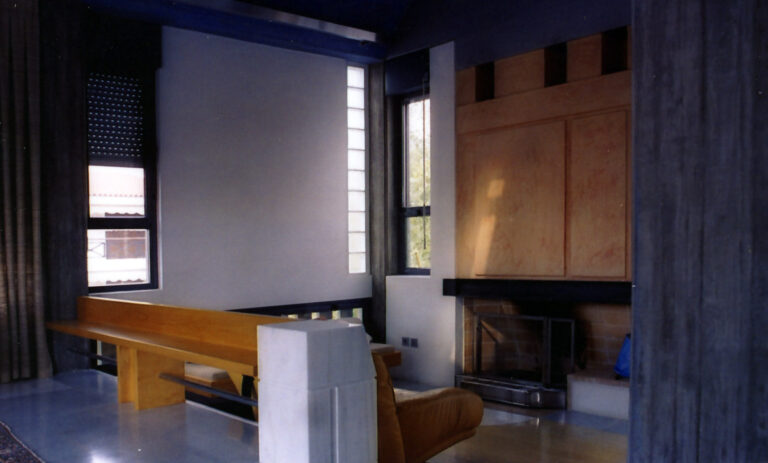