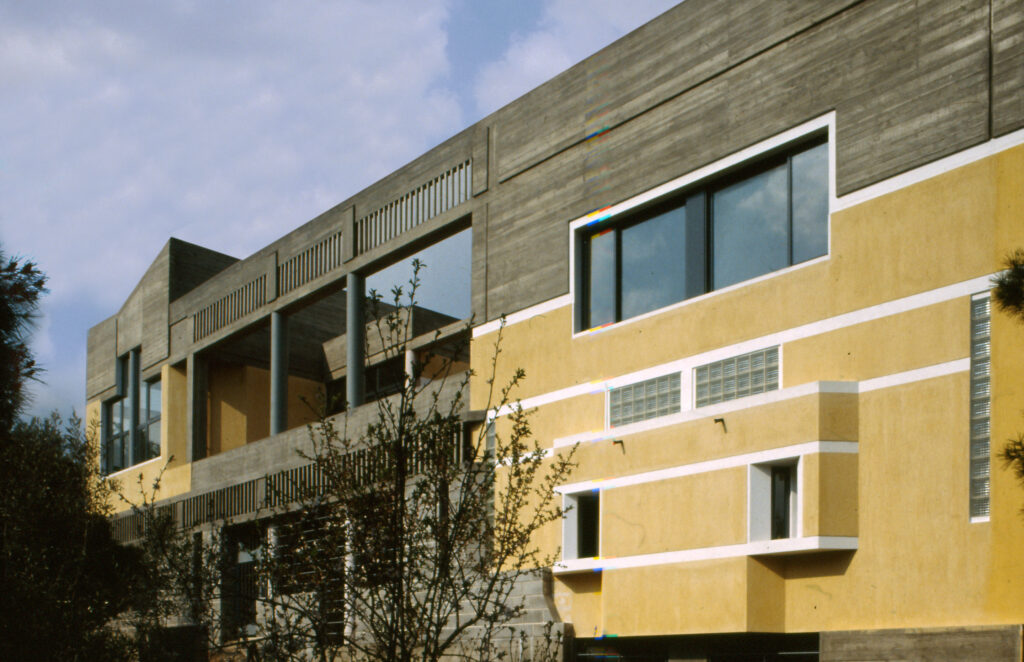 HOUSE IN THE AREA OF THRACOMAKEDONES, ATHENS

Taking into account the view of Parnitha to the north, the trees growing in the property and buildings standing to the left and right, we decided that the house should be placed at the rear end of the lot. The owners-prospective residents were a working couple with two adult children, a boy and a girl and, occasionally, their guests.

The project involved a transition from a simple recording of needs to a grouping of activities in units of place articulated in the interior of the structure with the aid of intermediate areas either enabling movement or suggesting a halt.

The particular characteristic of this house is that it incorporates two means by which circulation is enabled, namely ramps and staircases, so that passage from one level to the next, as high up as the roof, may be both easy and diverse. This passage from the public road to the house and subsequently to the roof, through the road in the houses interior, develops around two atriums. The various ways out, circulation axes, openings and views thus allowed, transform the closed rectangle of the floor plan into a flexible, open shape inviting in the surrounding environment.

Surfaces that delimit space in the houses interior have been processed in such a way as to produce the desired effect of luxury through the specific combinations of materials used, whereas the standards followed throughout the design are either concealed or made visible via a concentration or diffusion of various elements that seem to be revealing or occasionally breaking the rules on which the design was based. 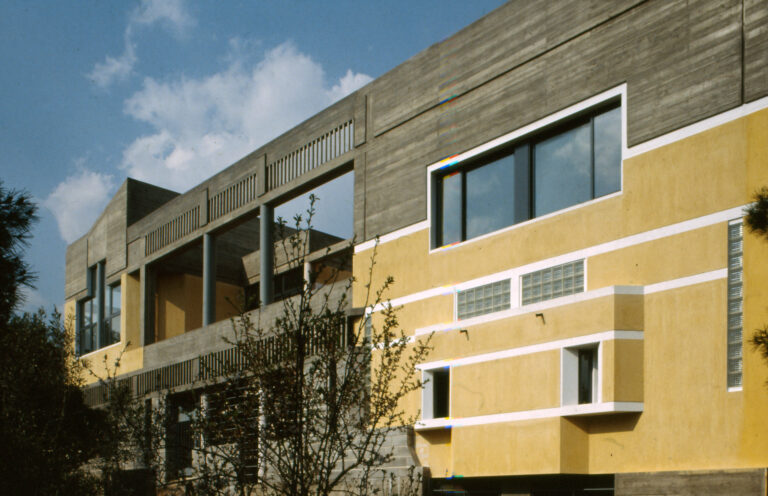 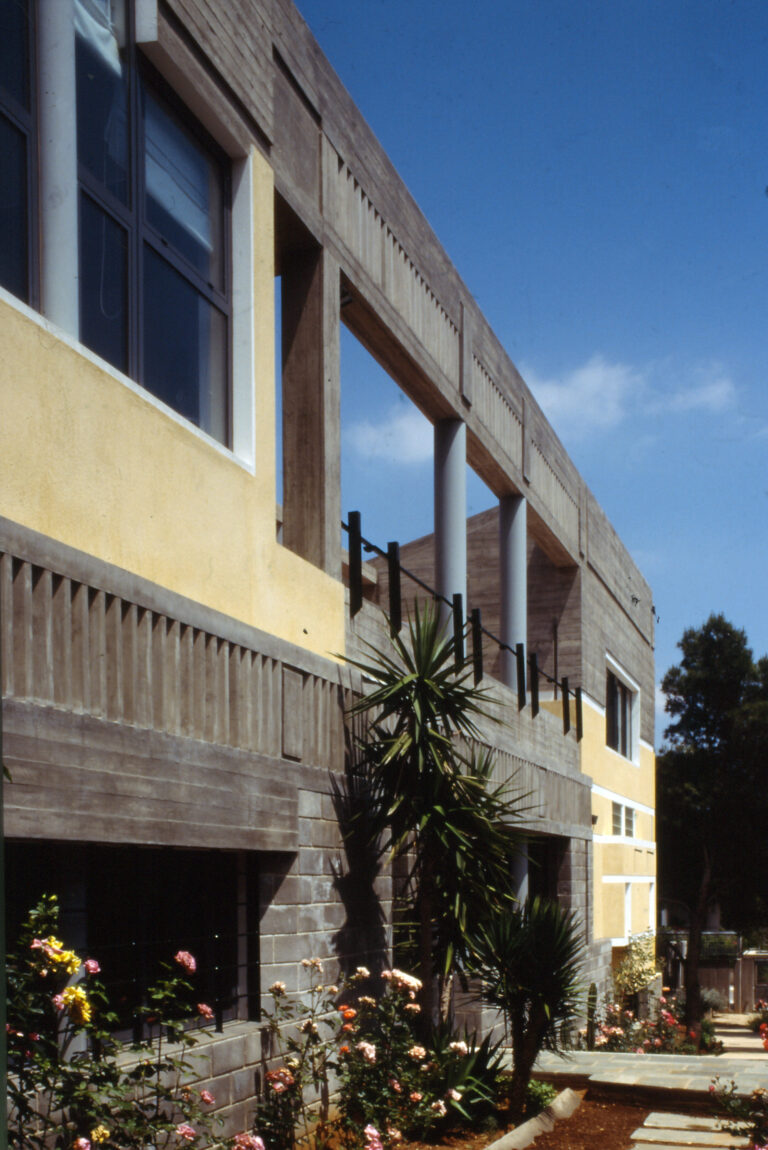 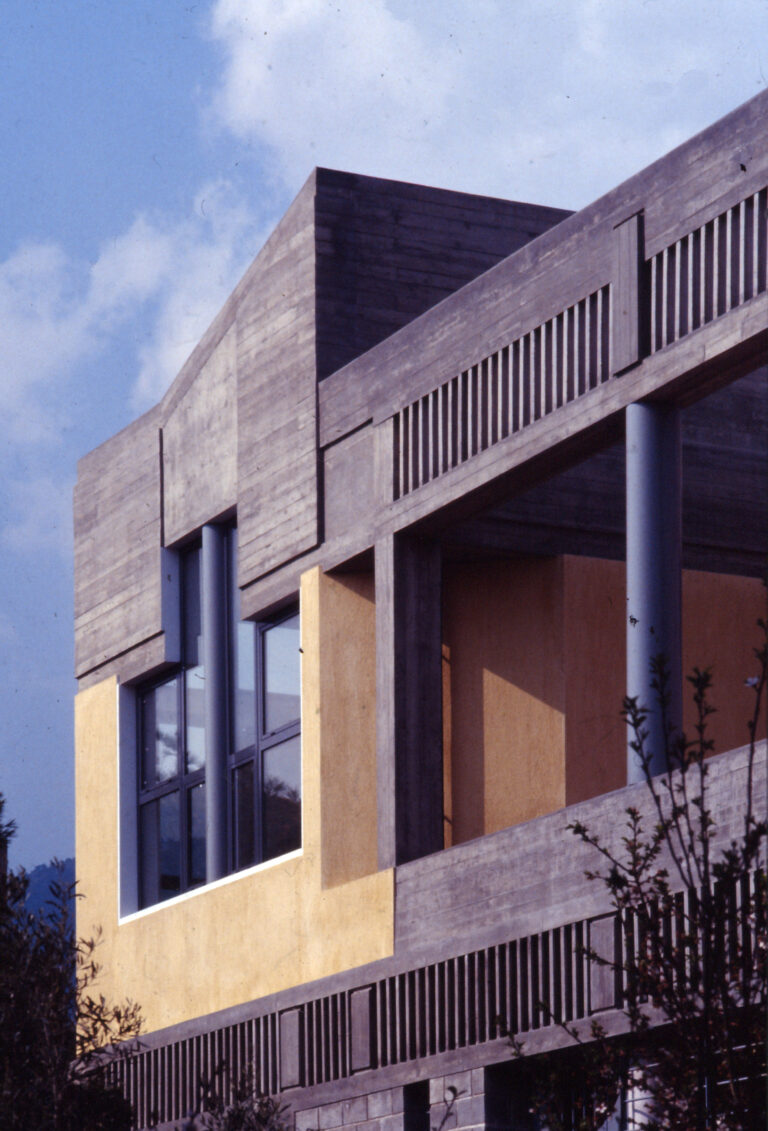 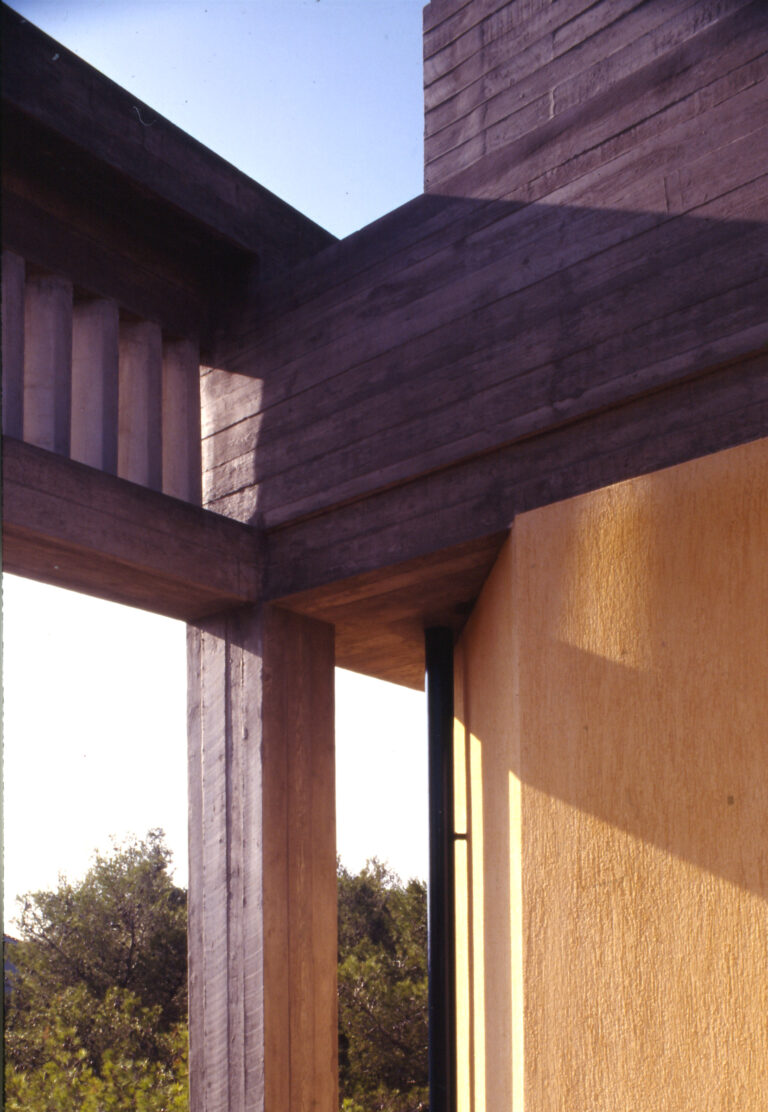 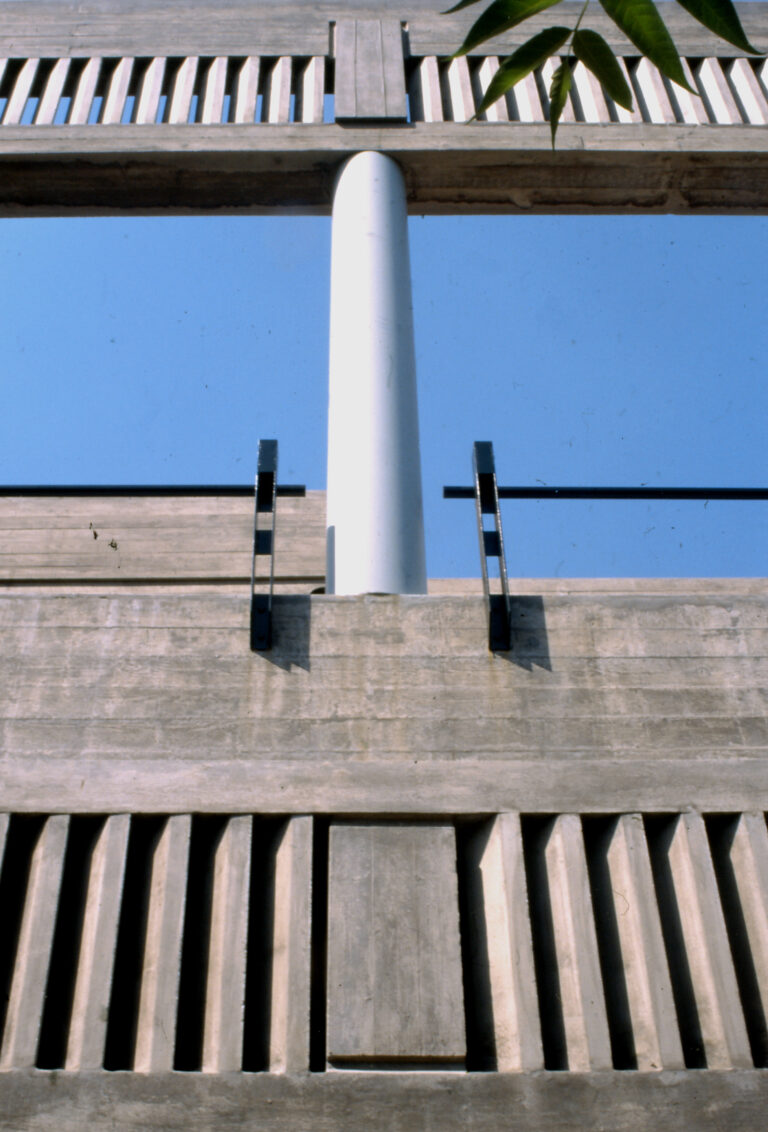 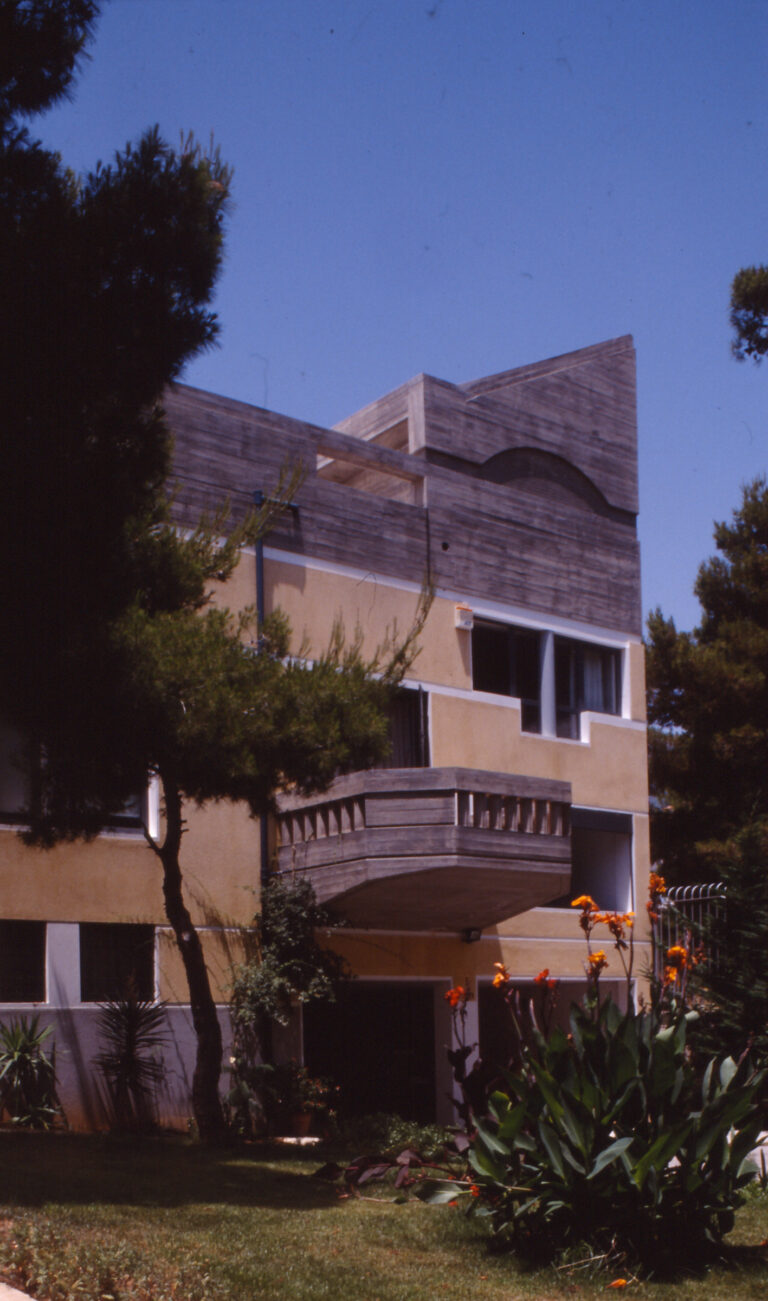 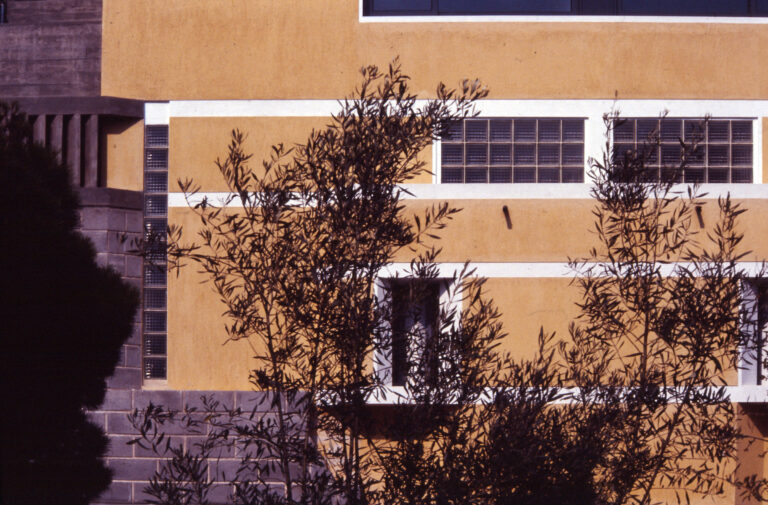 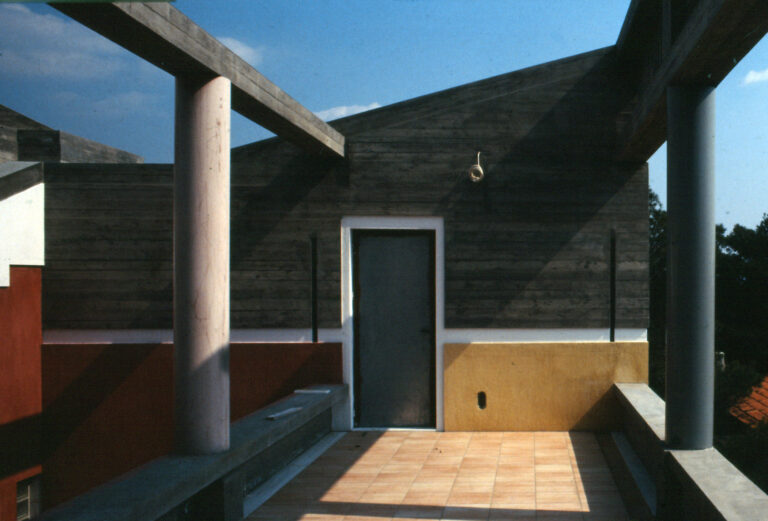 view-from-the-terrace View from the terrace 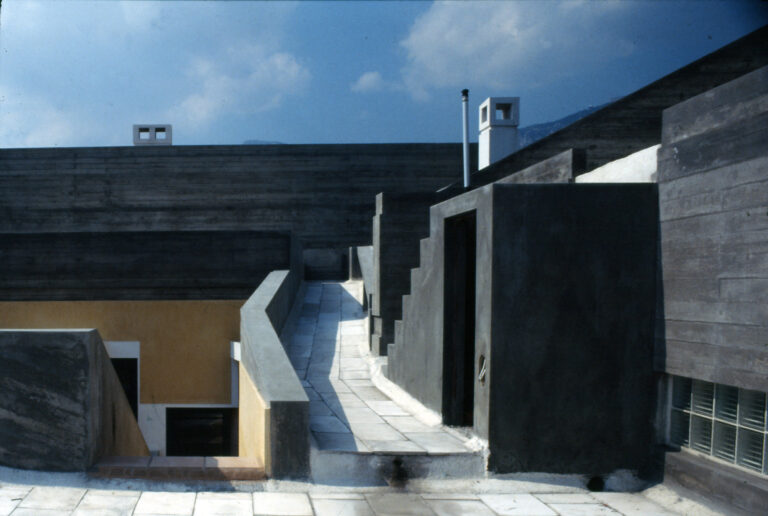 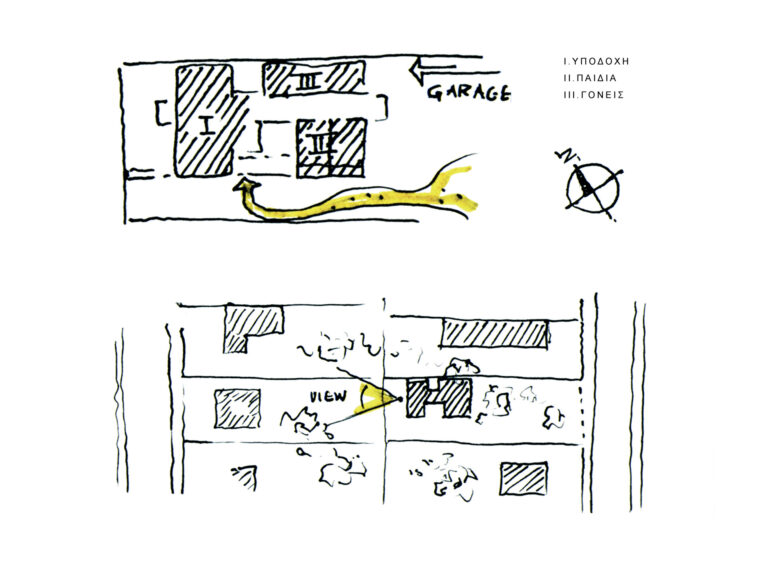 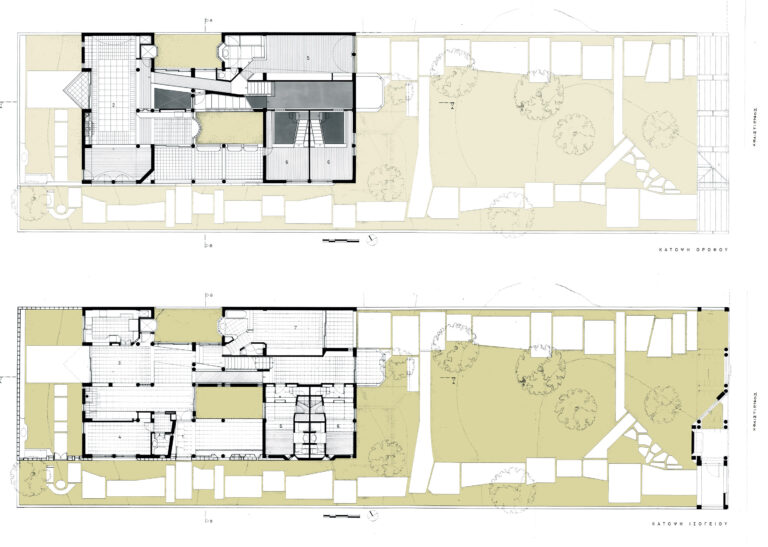 plans Plans: A & B level 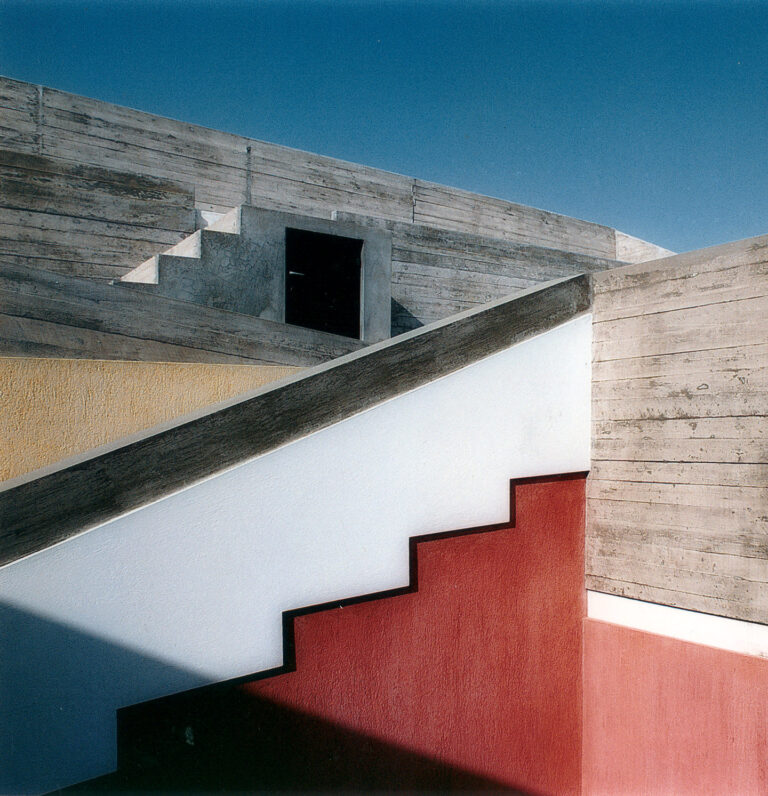 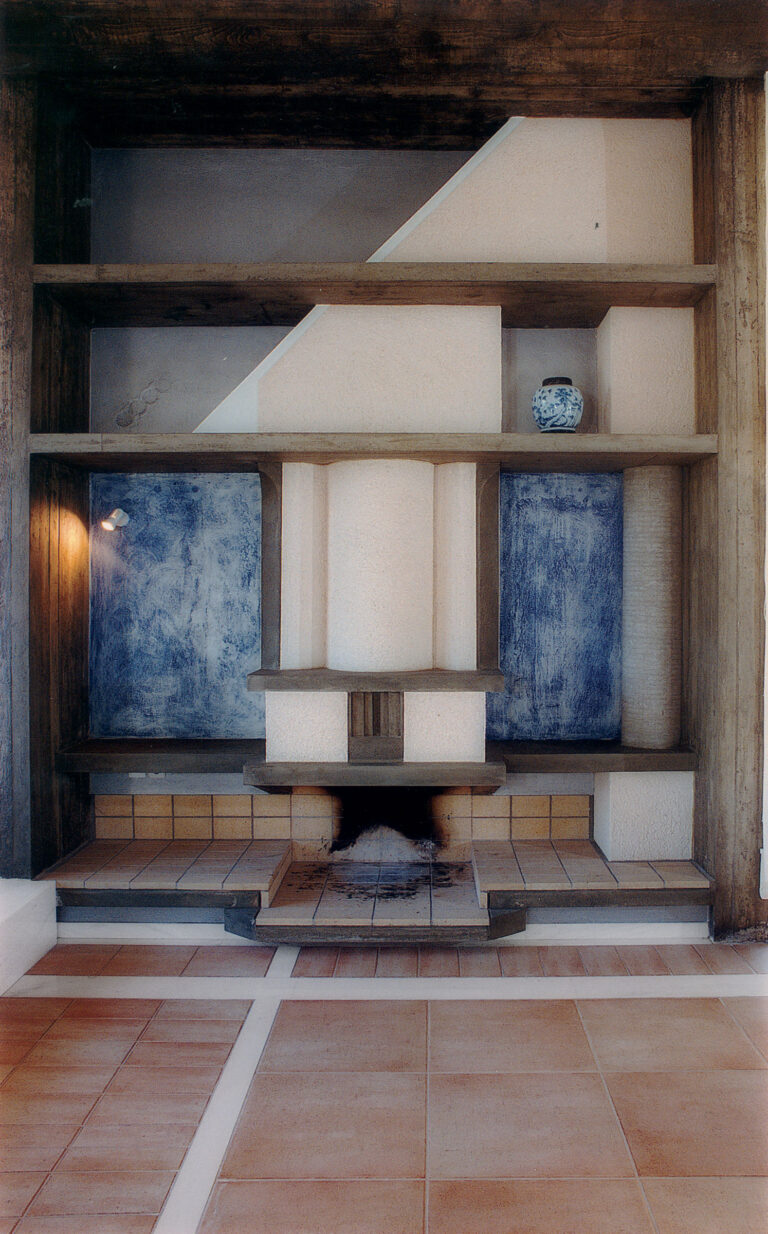 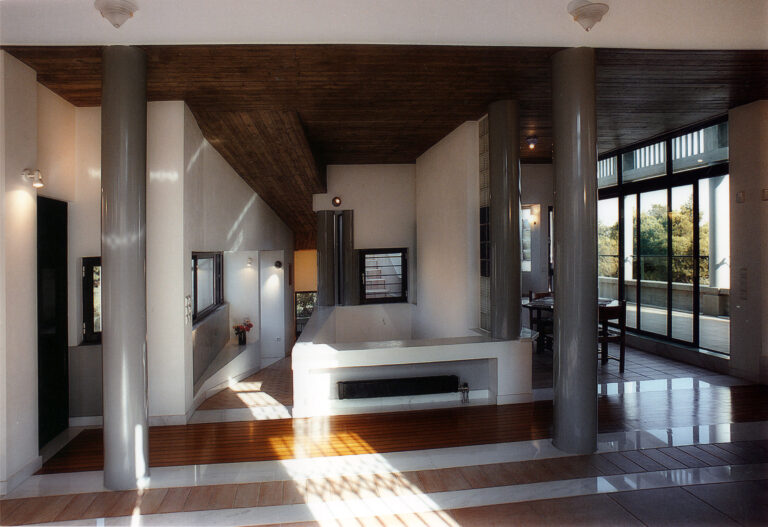 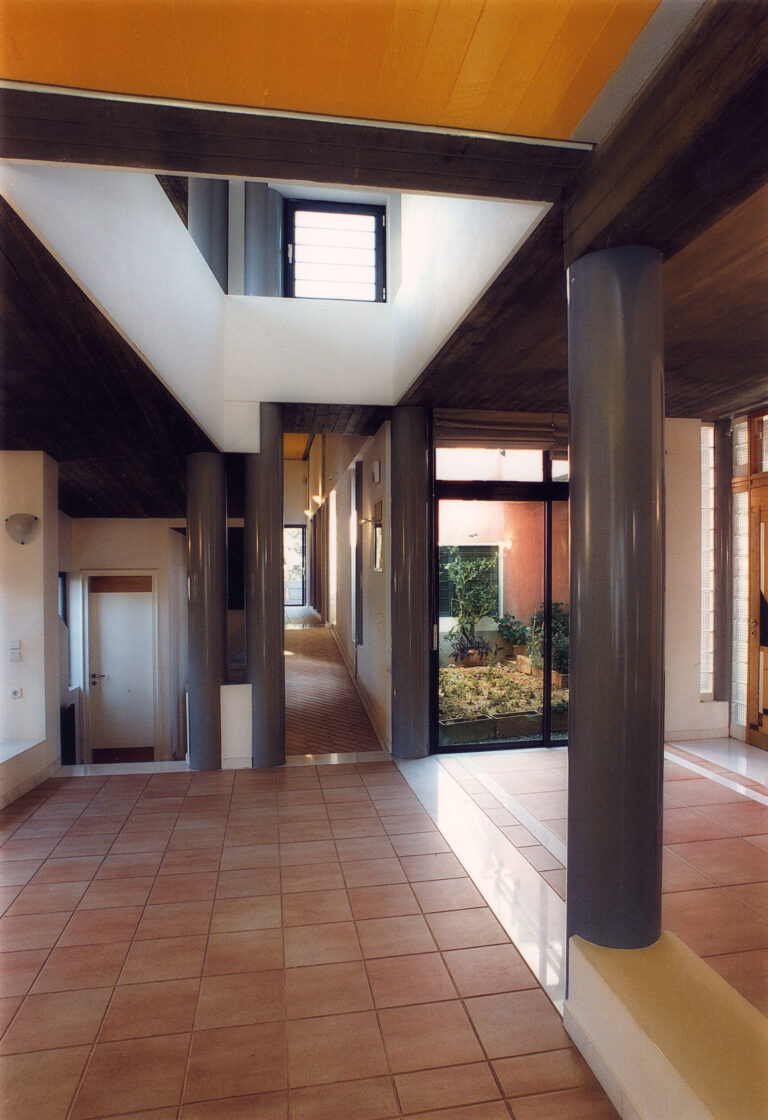 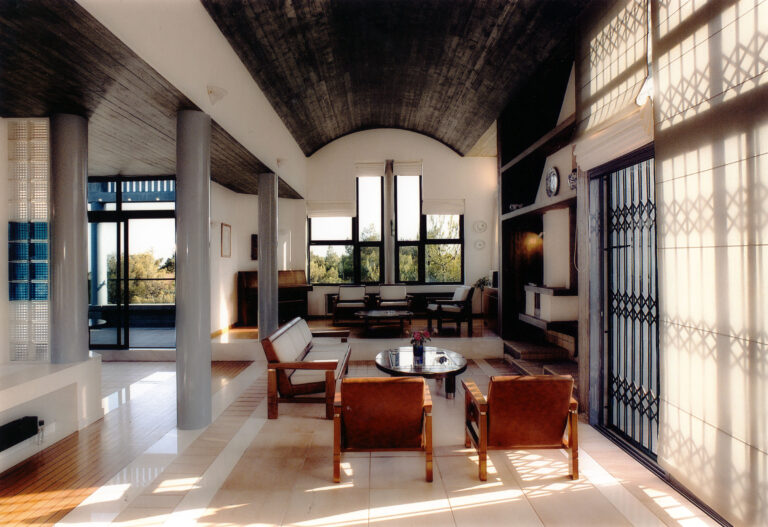 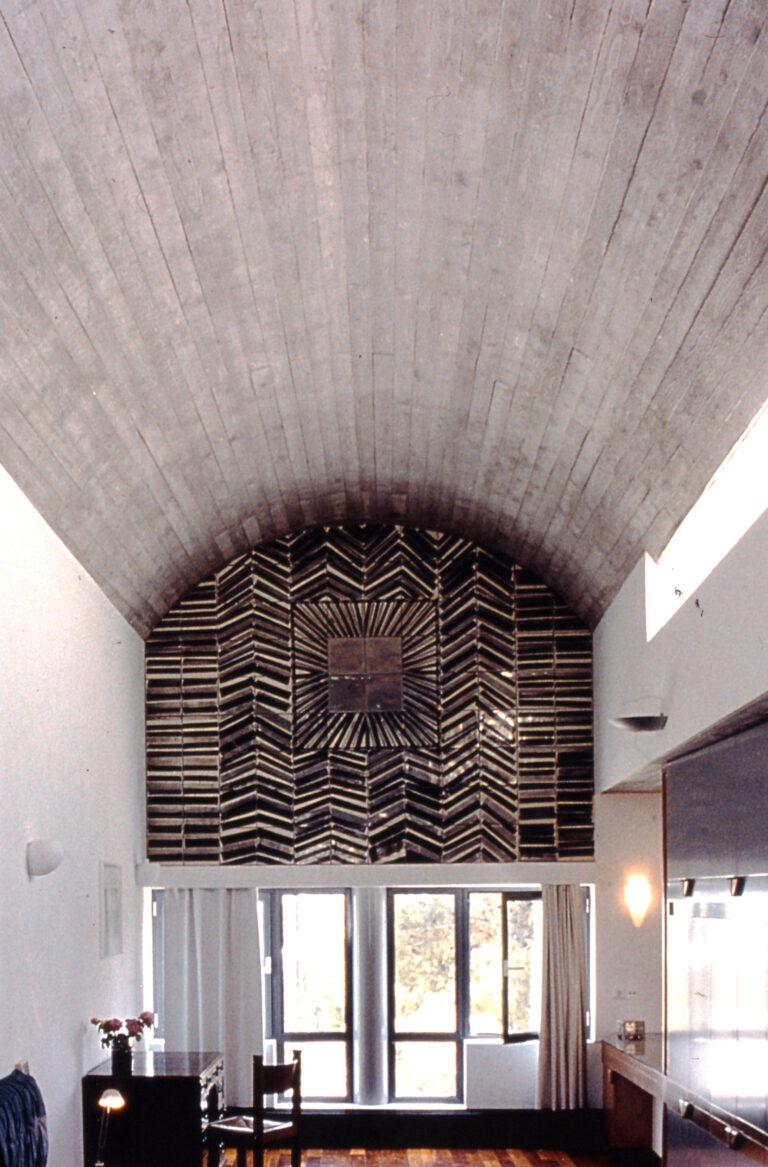 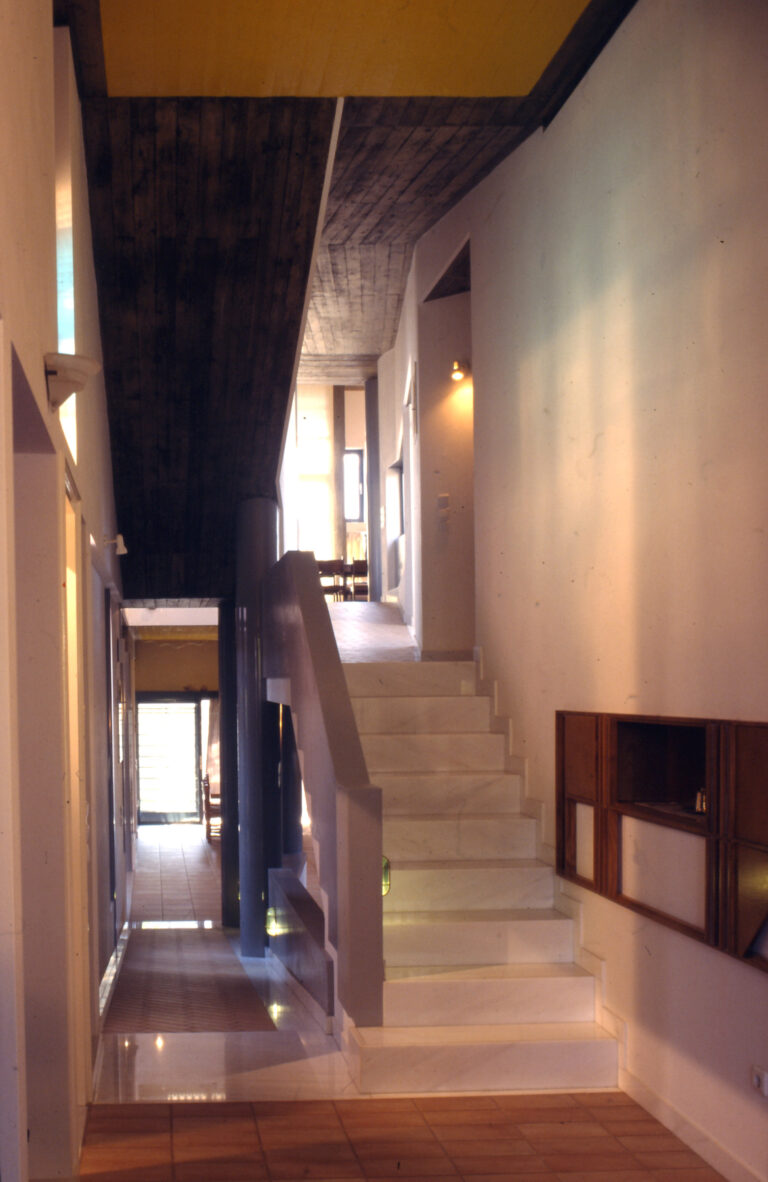 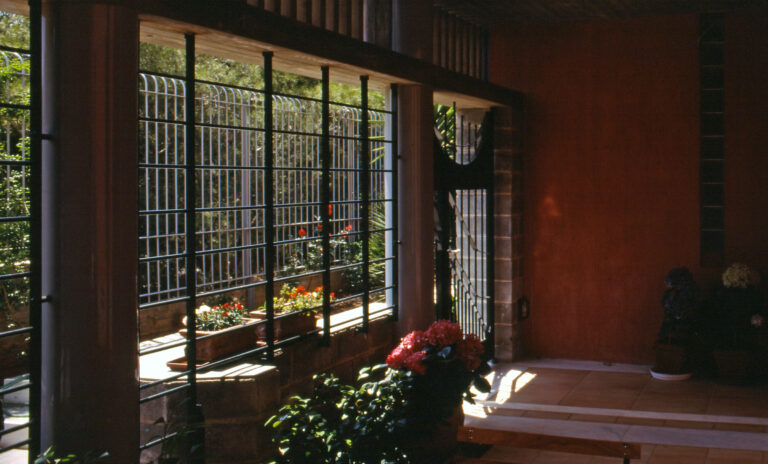