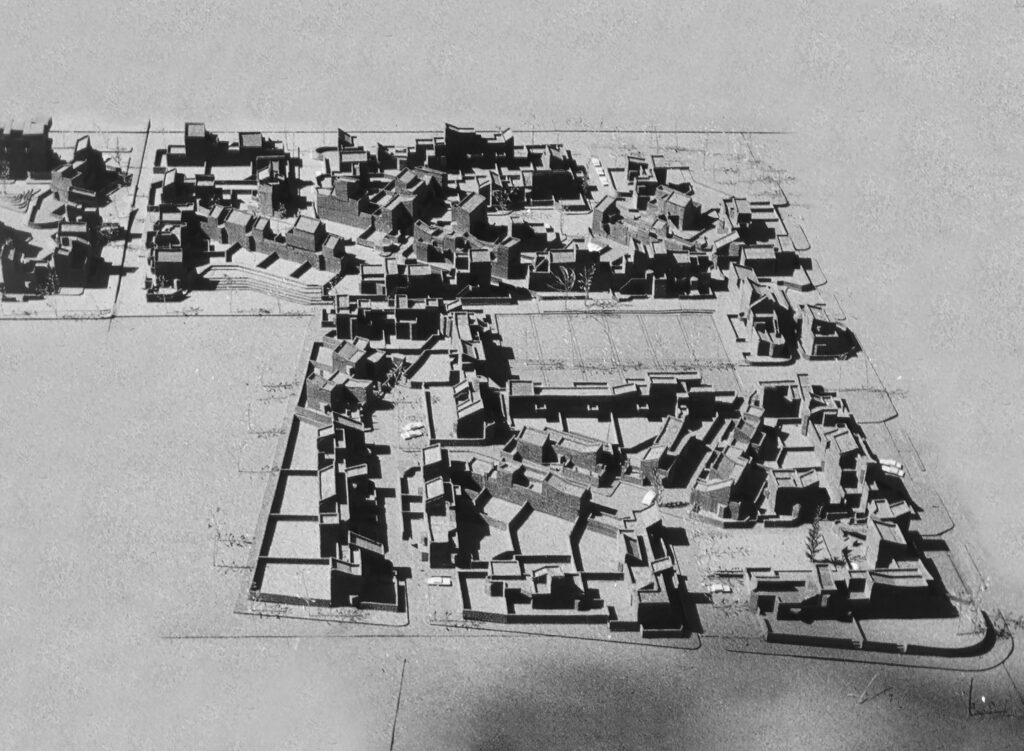 HOUSING COMPLEX IN COMOTINI OF 220 DWELLINGS

The Ateliers proposal, which was approved by the client EKTENOPOL, was a far cry from the guidelines of the master plan.

Specifically· concerning the issue with cars, we rejected the idea of the out scale car park and we proposed a system of one-way street which disperse the parking spaces in between the houses.

At the same time, we designated private courtyards for each dwelling defined by high walls, thus leaving enough empty space for squares and plateaus and creating a system of outdoor routes with the intention to achieve character and identity. The sense of the housing complex would rise from the design and development of these open spaces: the square, the playground and the streets, with a changing width that revealed resting plateaus.

Each house includes the typical function – space, such as eating – kitchen, sleeping – childrens room, sleeping – parents bathroom, living room, guest room. All these functional spaces change and transform according to their placement within the building, thus resulting in a variety of morphological adaptations and set of outdoor spaces.

In a case of the four – storey buildings we transferred the circulation to two routes which are actually a system of outdoor corridors connected by staircases. The first route corridor was placed between the first and second floor and the second route was placed on the third floor where all the two level apartments communicate via a set of outdoor staircases, thus challenging the typical circulation of a traditional apartment block.

A typology was created from the aforementioned elements that shaped the facades and transform the non conventional elements into a unique identity.

The difficulties and their solutions unfortunately were not implemented in reality.

The proposal was not realised, but it acted as a valuable experiment and guide for the atelier, which influenced in one way or another the design and development of its future housing projects. 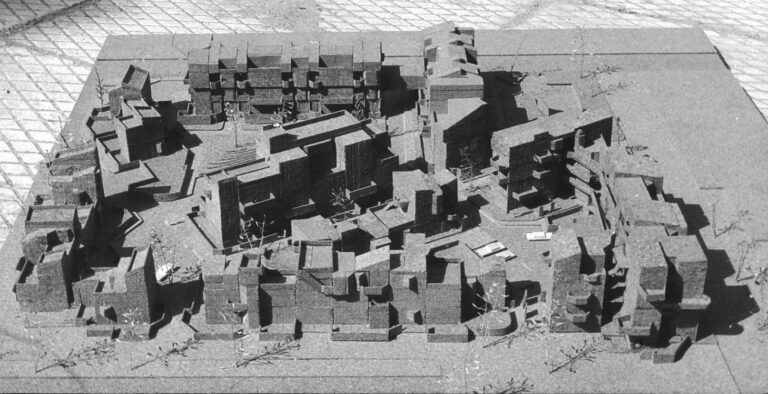 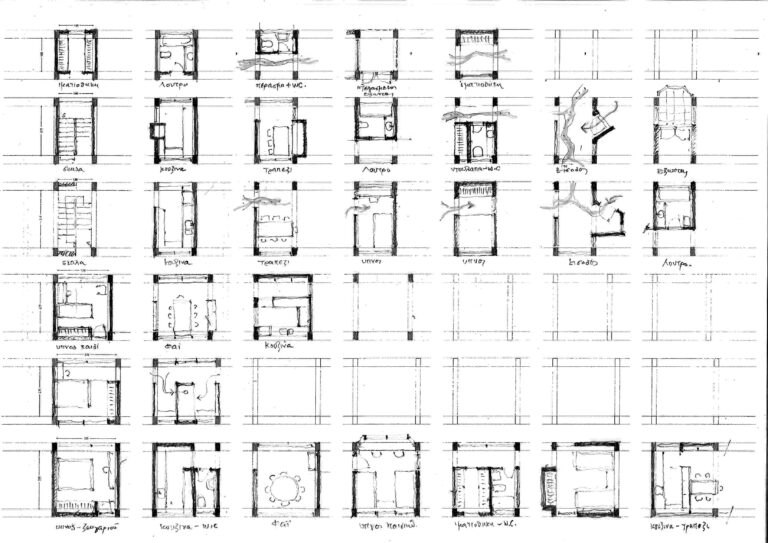 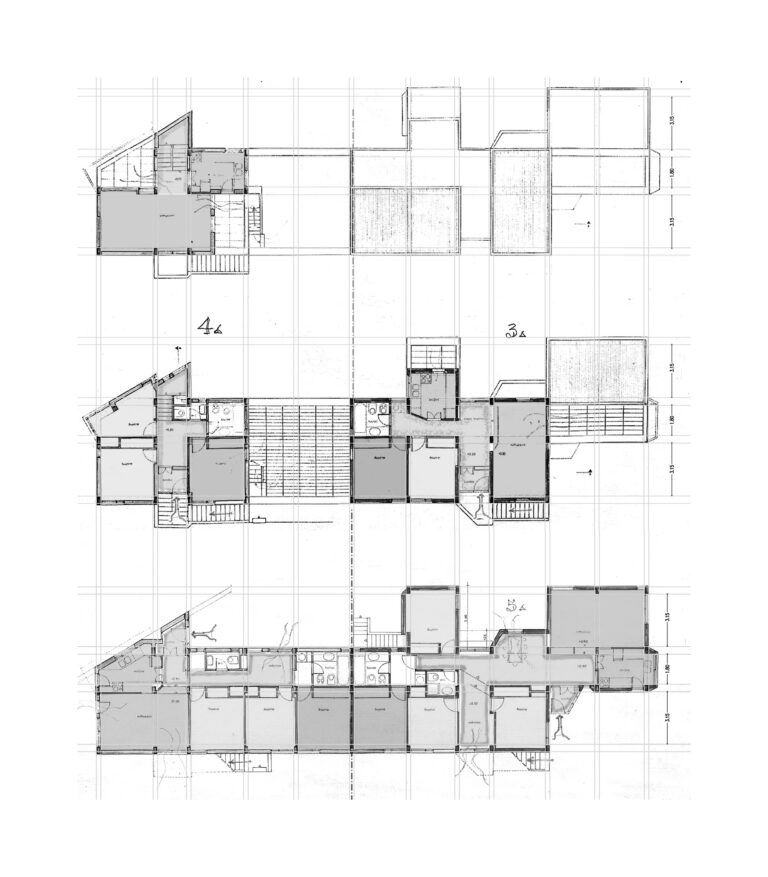 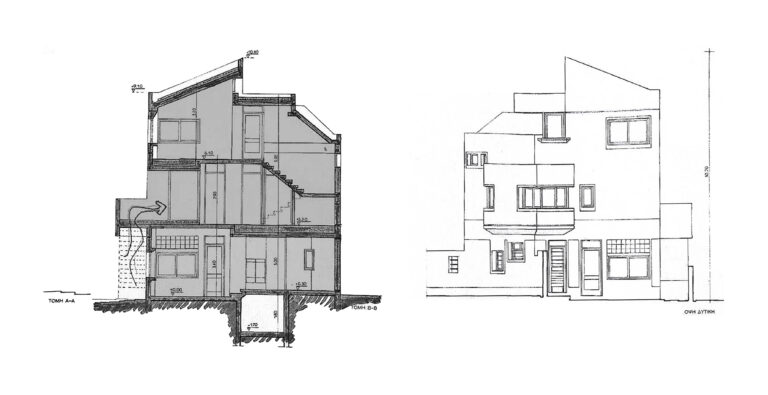 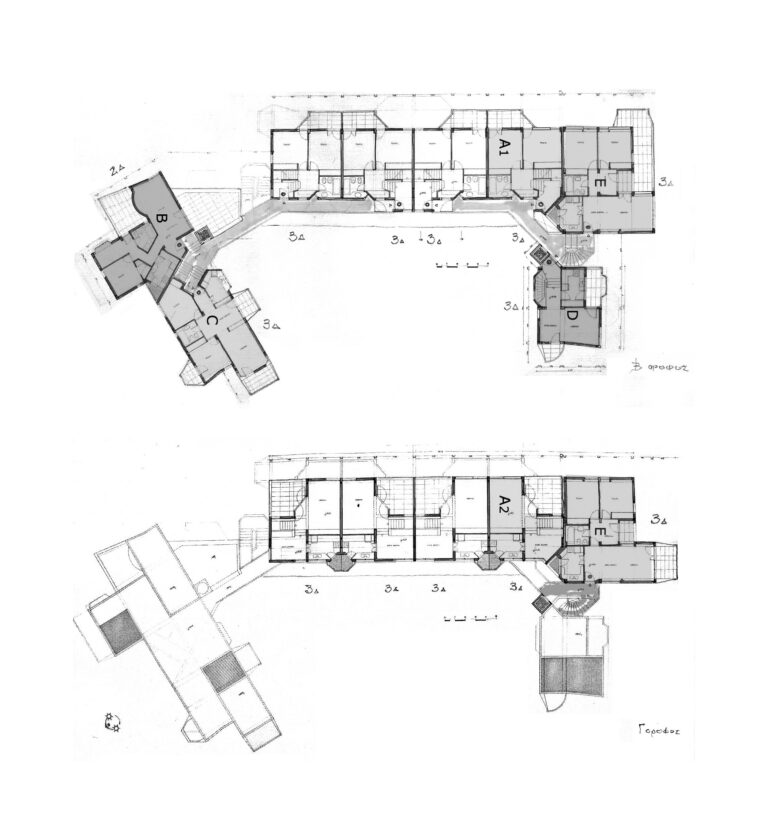 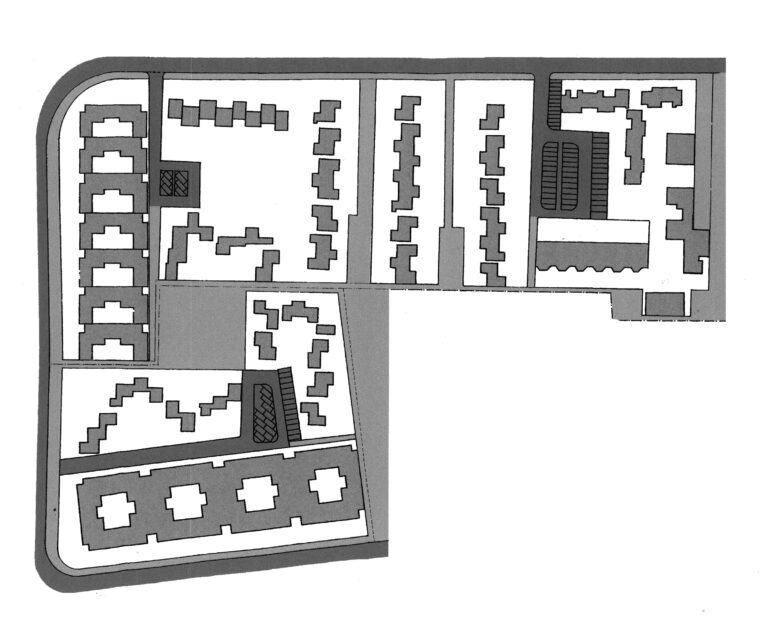