Kolonaki Square is not only a point of reference for the old Athenian upper class – with all that this entails – but also a major supra-local landmark for the city’s wider region.

This open, intermediate free space situated between Lycabettus hill and the National Garden has been relegated to the status of a roundabout, surrounded by roads of heavy traffic.

Pronounced hypsometric variations provided the motive for developing the square in different levels; the result being areas marked by varying degrees of privacy. The routes along which pedestrians move – an extension of the sidewalks facing the square – are flanked by rows of trees and divide the square into three zones.

Passages cross the gardens on both sides of the squares central space, which connect it to the surrounding streets.

The project includes a proposal for the gradual ban of vehicle traffic on the squares lower, southern side and for diverting the flow of large crowds of pedestrians between the National Garden and the heavily populated area spreading to the northeast of the square.

The paved central zone ends in a cave to the north – thanks to the existing hypsometric difference – from which springs water, an element that serves as a characteristic feature of the overall composition, flowing through the square in small branching streams. The water either cascades on the squares northern side operating as a filter for city’s clamor, or flows through the central paved area tracing an aquatic route from East to West, while the small fountains placed along this central section follow a North-South direction, alluding to the course followed by water as it flows from Lycabettus hill, to Dexameni square and on to the National Garden. 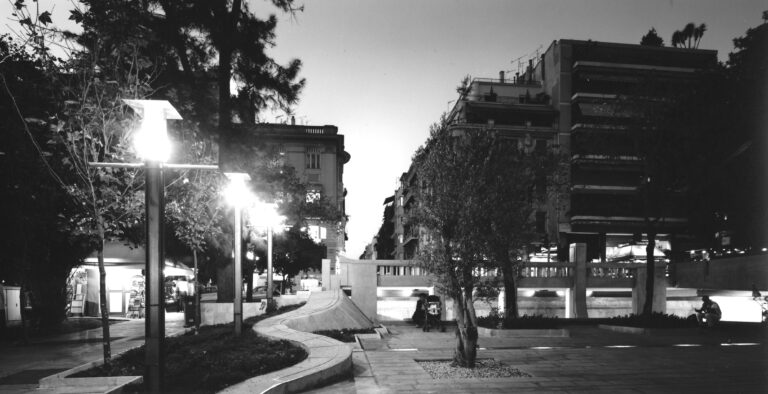 03 The axis of Skoufa str 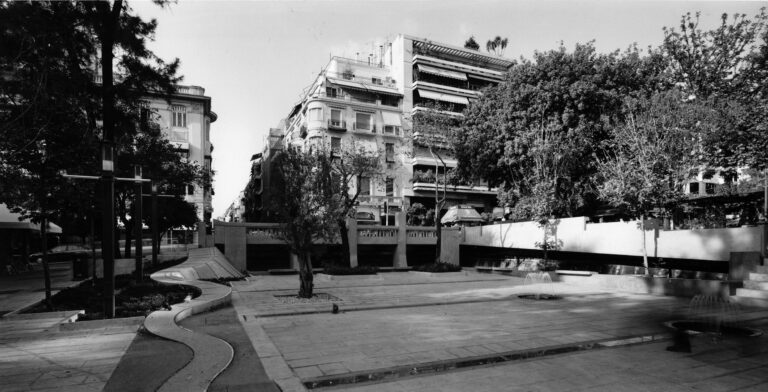 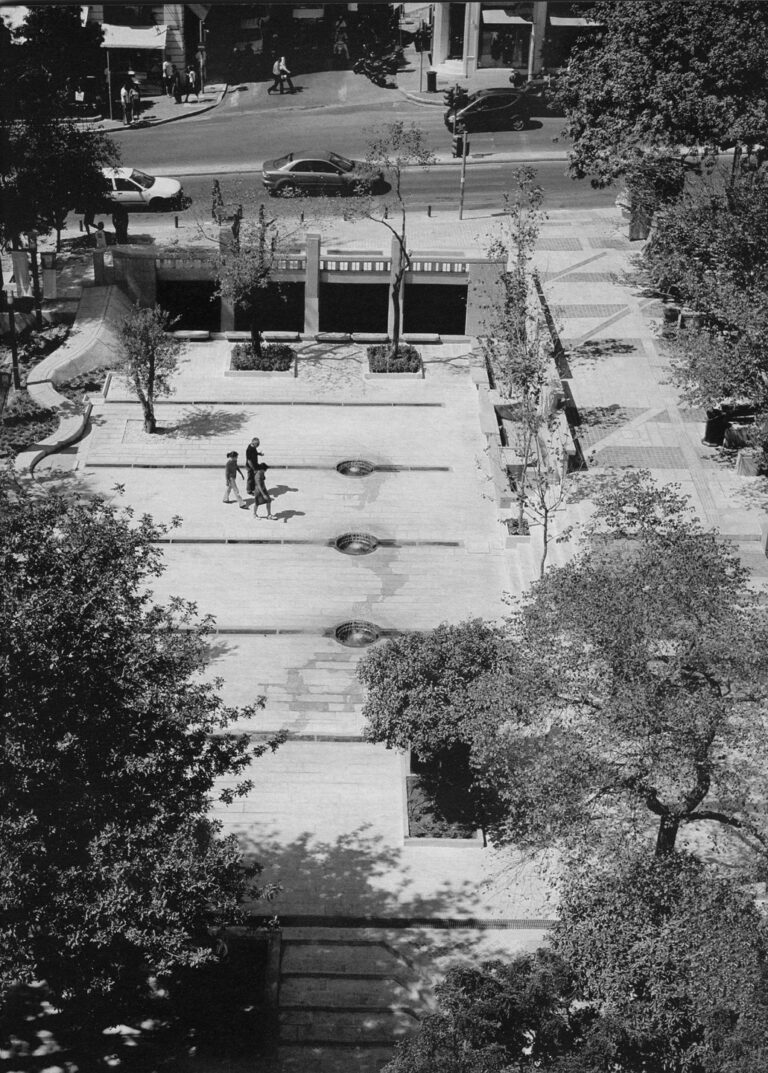 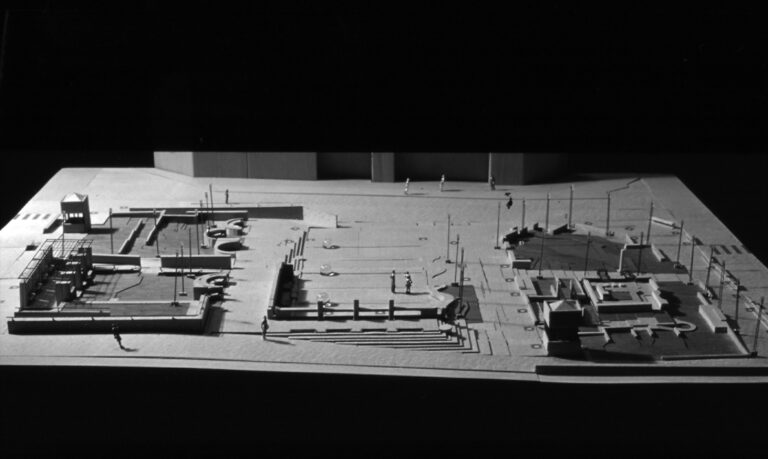 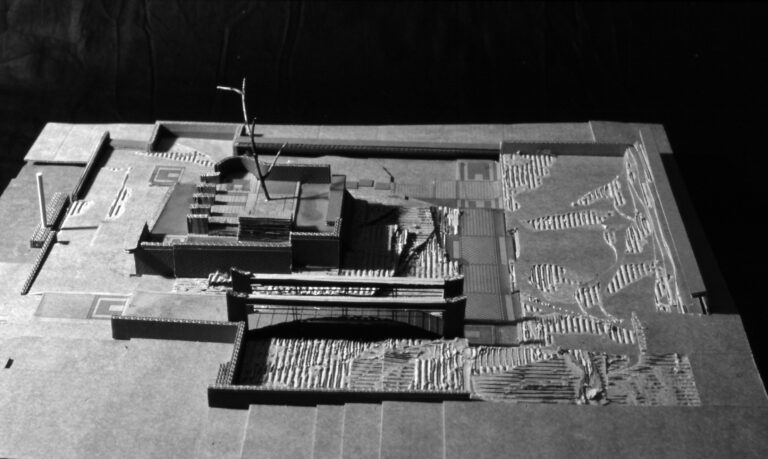 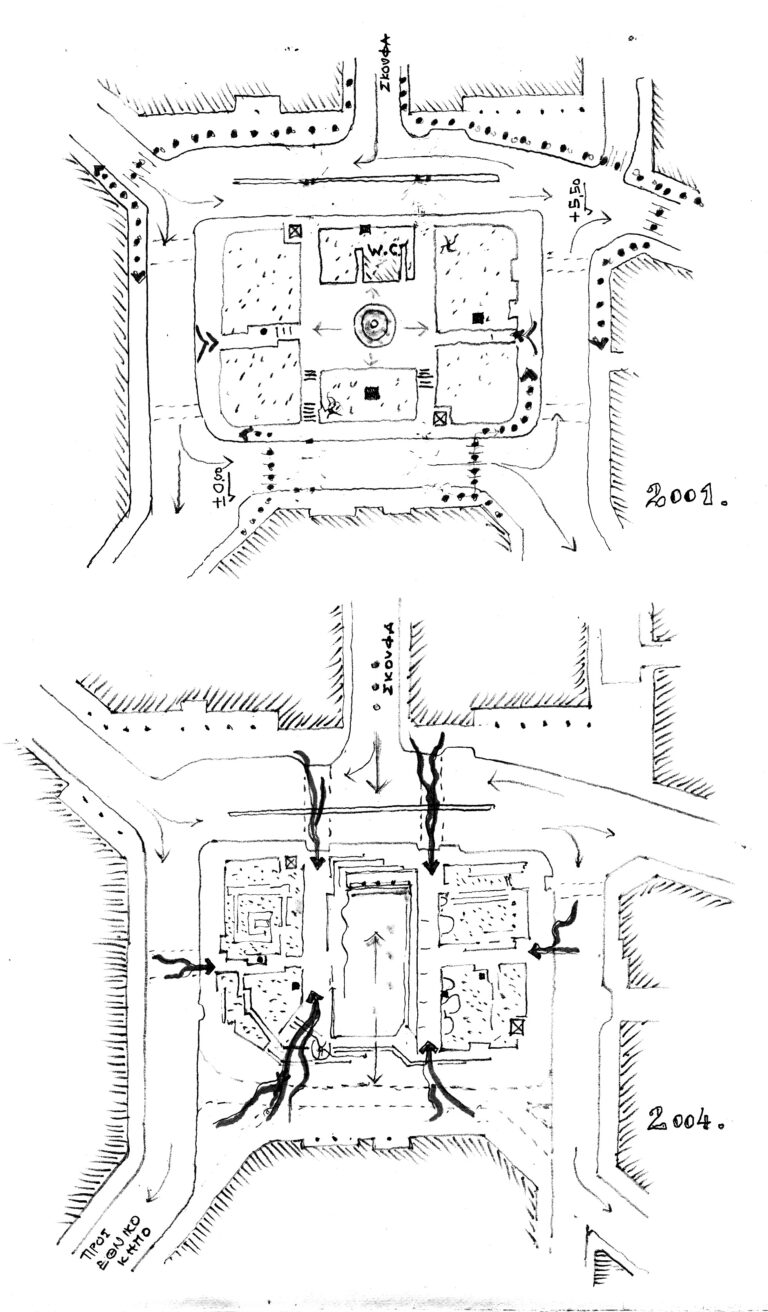 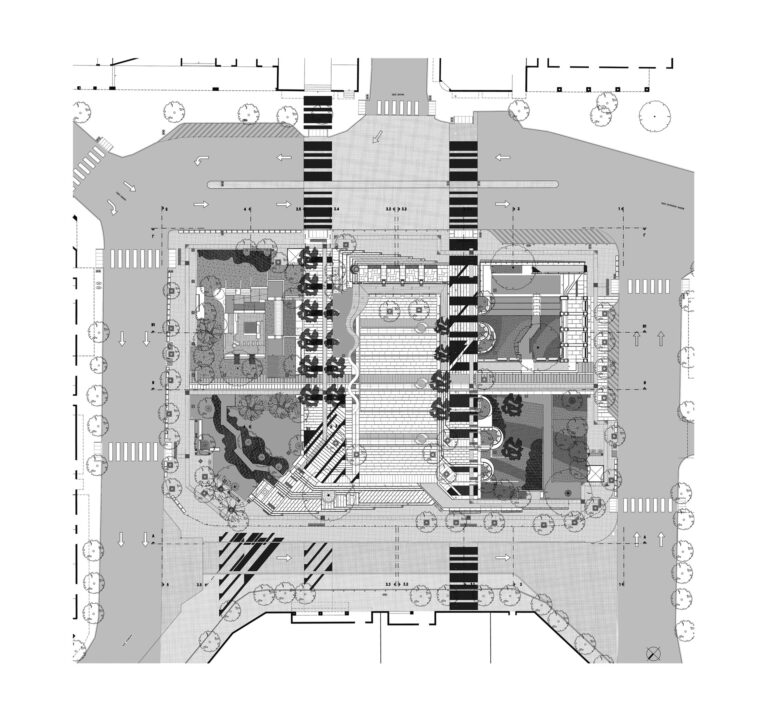 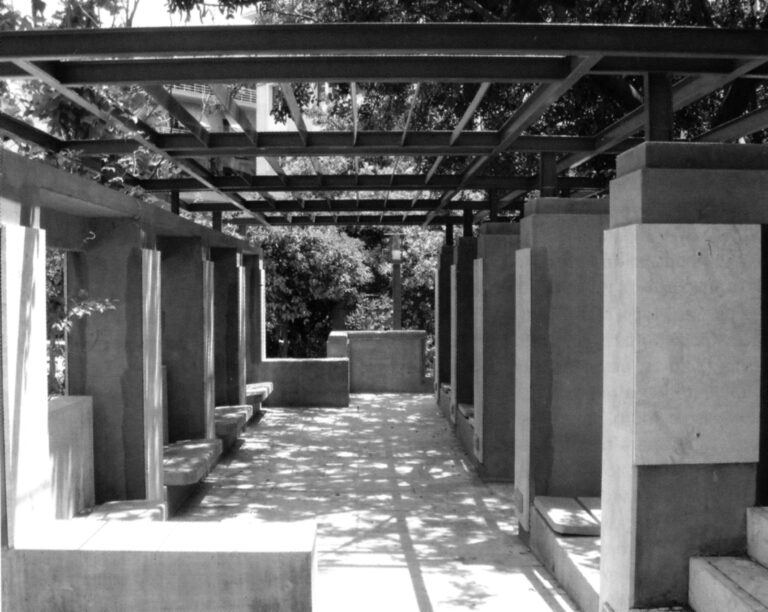 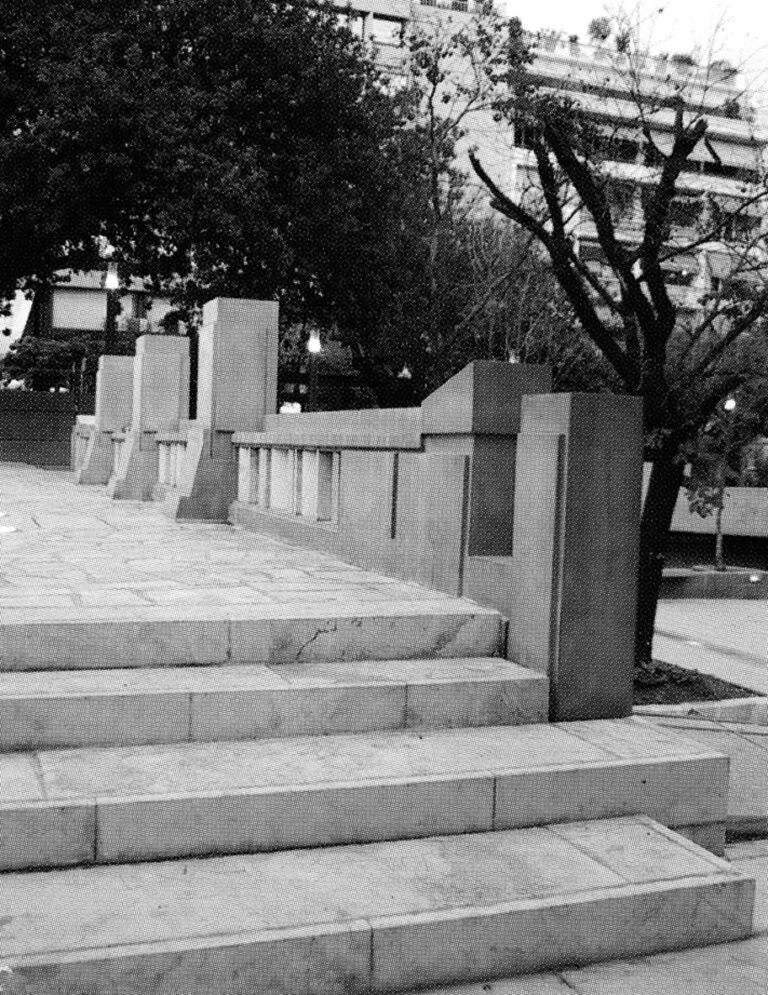 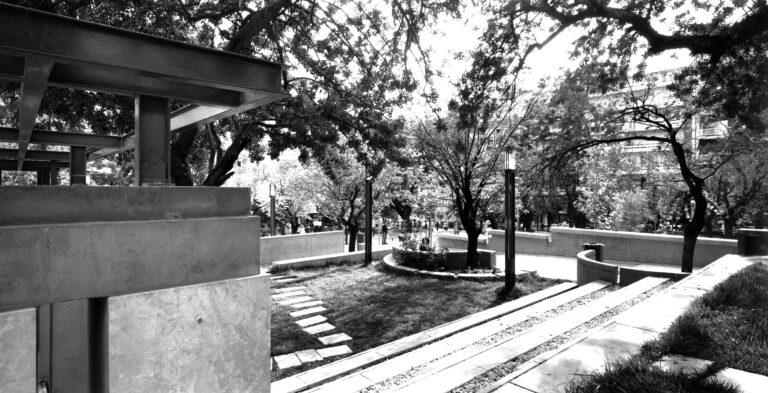 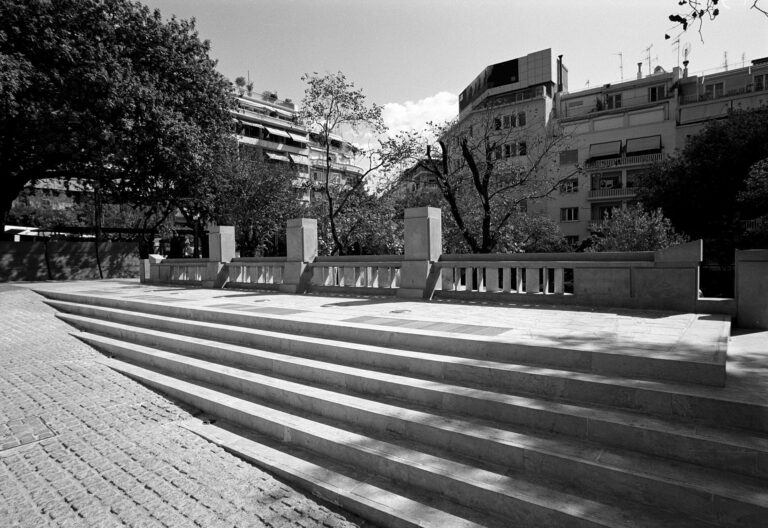 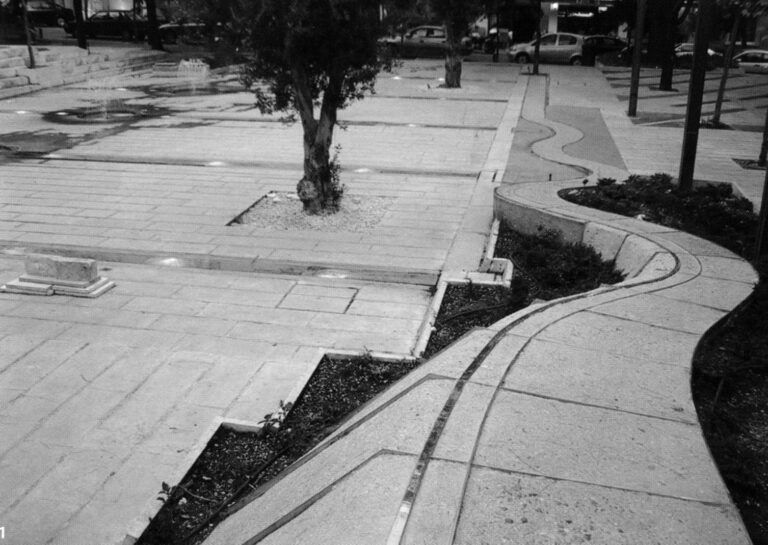 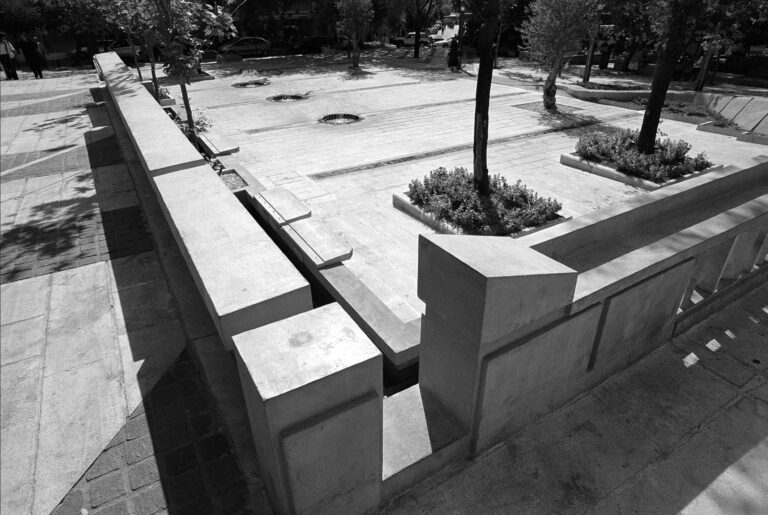