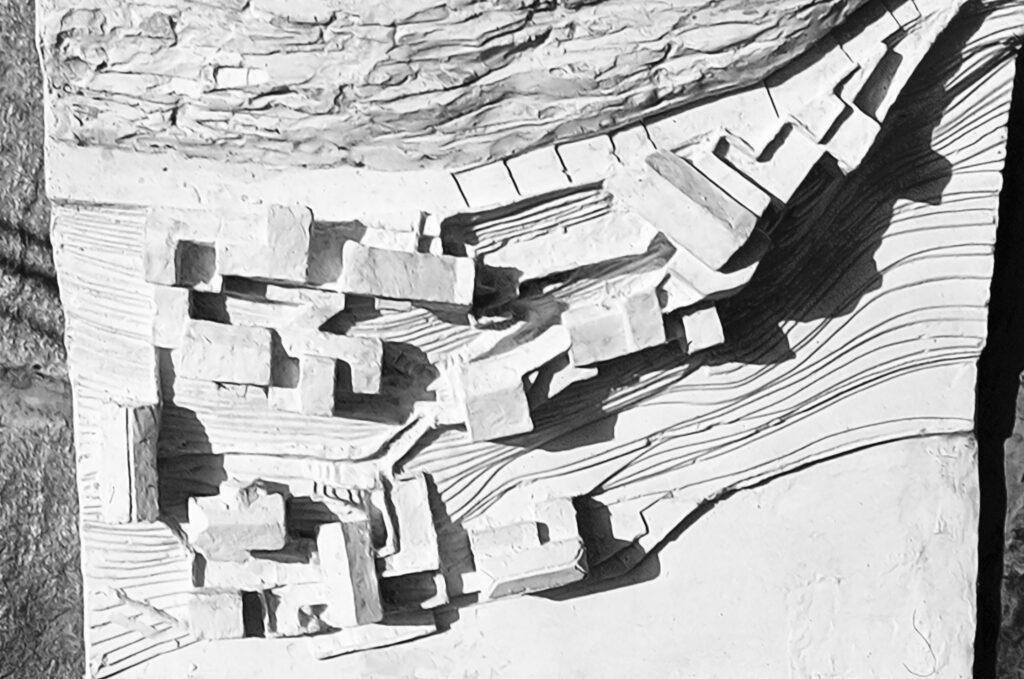 This high school student hostel complex has been designed in such a way as to harmonize with the general residential fabric of the village. The whole development situated on the southern slope, some 800 meters above sea level. The student hostel is located at the extreme eastern end of a contoured linear settlement. The actual site is served by two roads: A pedestrian approach at a lower level and a vehicular access road at a higher level, running along the northern edge of the site. Like the rest of the village, the site has an incline of over 30 percent facing south. This orientation not only guarantees optimum sun penetration to most of the rooms, but also assures views over a near by steam and the mountainous landscape on the opposite site of the valley.

At the lowest part of the site, there is an existing, small, orthogonal building, which is served by the lower pedestrian approach. This structure comprised of a basement, a ground and a first floor, has been converted to the new program.

The overall provision breaks down into two different uses: Accommodation for the permanent personnel employed in the hostel and for the students. More specifically, this consists of housing for administration and care taking personnel, kitchen, food storage, the provision of a domestic nursery, dinning spaces, spaces for working and recreation, supervisors rooms and a director s house.

Our overall intention was to aggregate these units in accordance in the natural physiognomy of the site and the existing residential housing pattern. The various units were layered into the slope so as to assure a level of privacy to the different users involved. Particular care was exercised in the placement of bedrooms which make up the bulk of the hostel program. In many respects, this approach summarizes our general attitude towards typology and the repetition of the small units, particularly as these factors have an affect on the institutionalization of the program. We try to create an everyday environment which would not only allow for a certain freedom in interpretation, but also promote a level of spontaneous participation on the part of the children. With these in mind we attempted to differentiate the sleeping accommodations in the following ways:

The steep slope of the terrain and the above aims produced doubled-height dormitory volumes of varying floor to floor heights. Aside from providing private sleeping spaces, each dormitory unit also afforded a well-lit communal playing and working area to be shared by four children. Wherever possibly, the stair case linking the two sleeping floors was also handled as a sitting space. 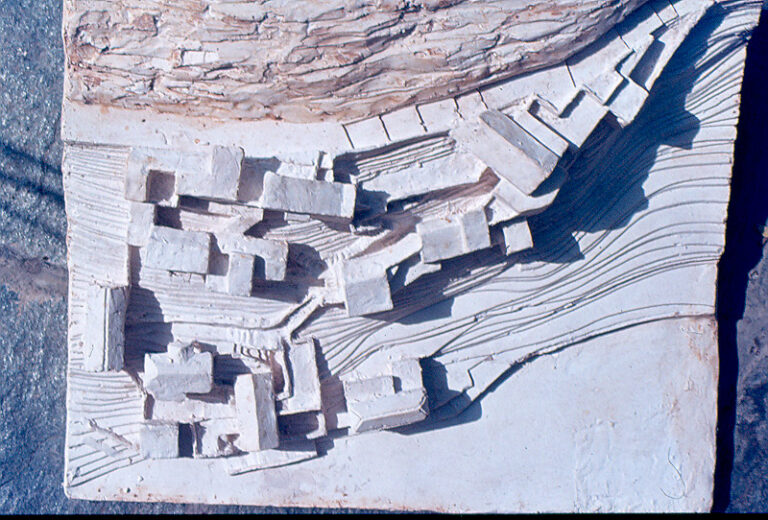 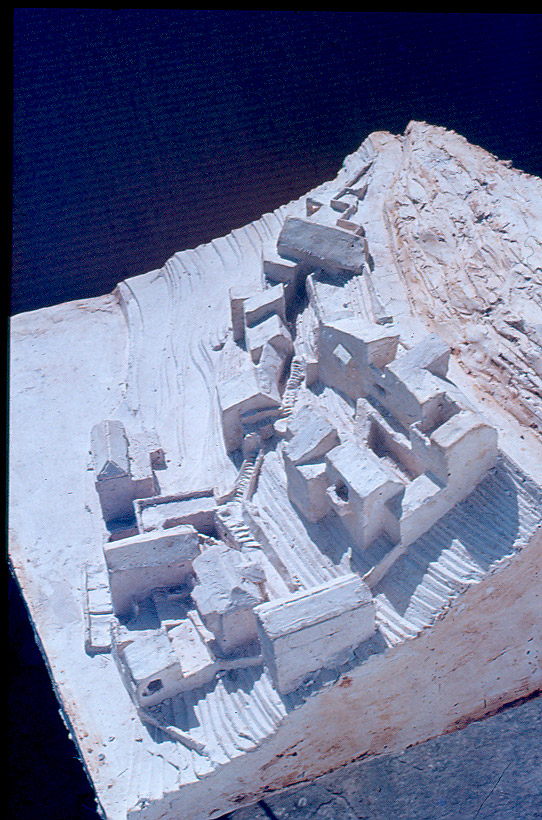 site-plan-of-the-village Site plan of the village

general-view-of-the-village General view of the village 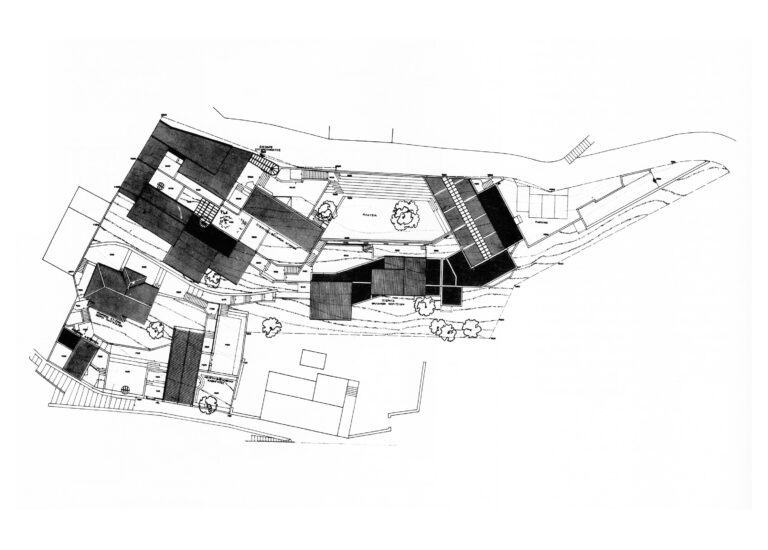 site-plan-of-the-hostel Site plan of the hostel 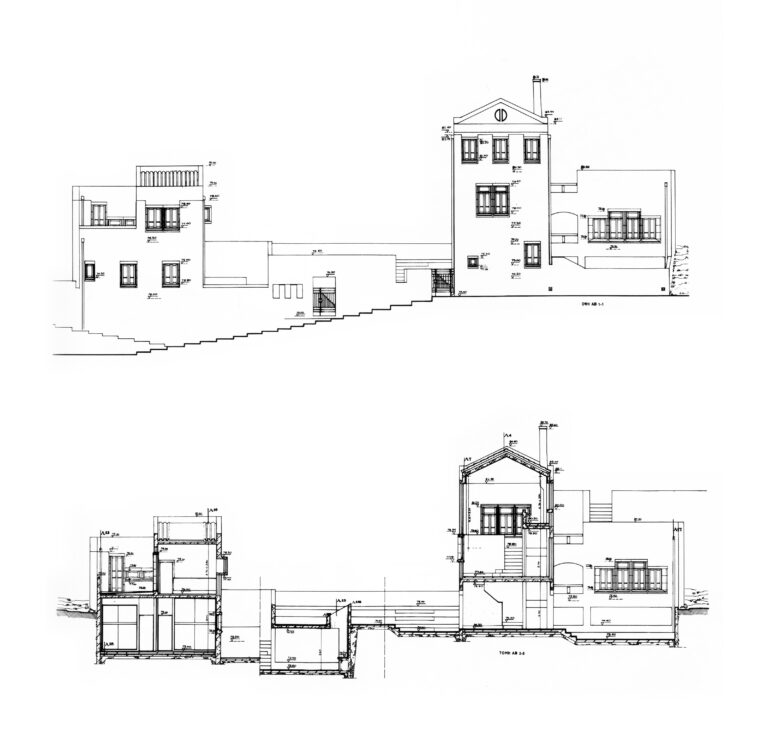 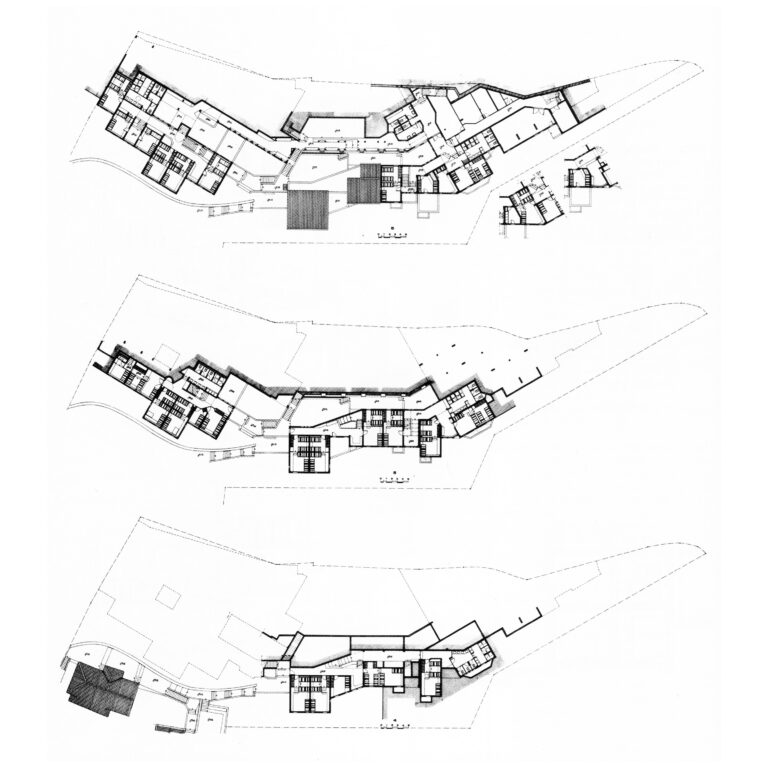 plans-of-the-dormitories Plans of the dormitories 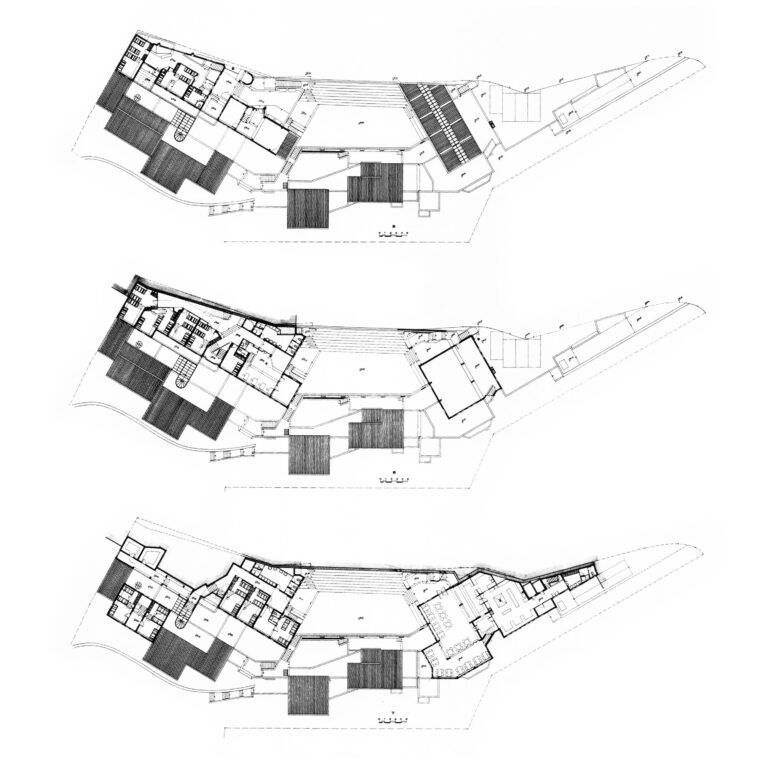 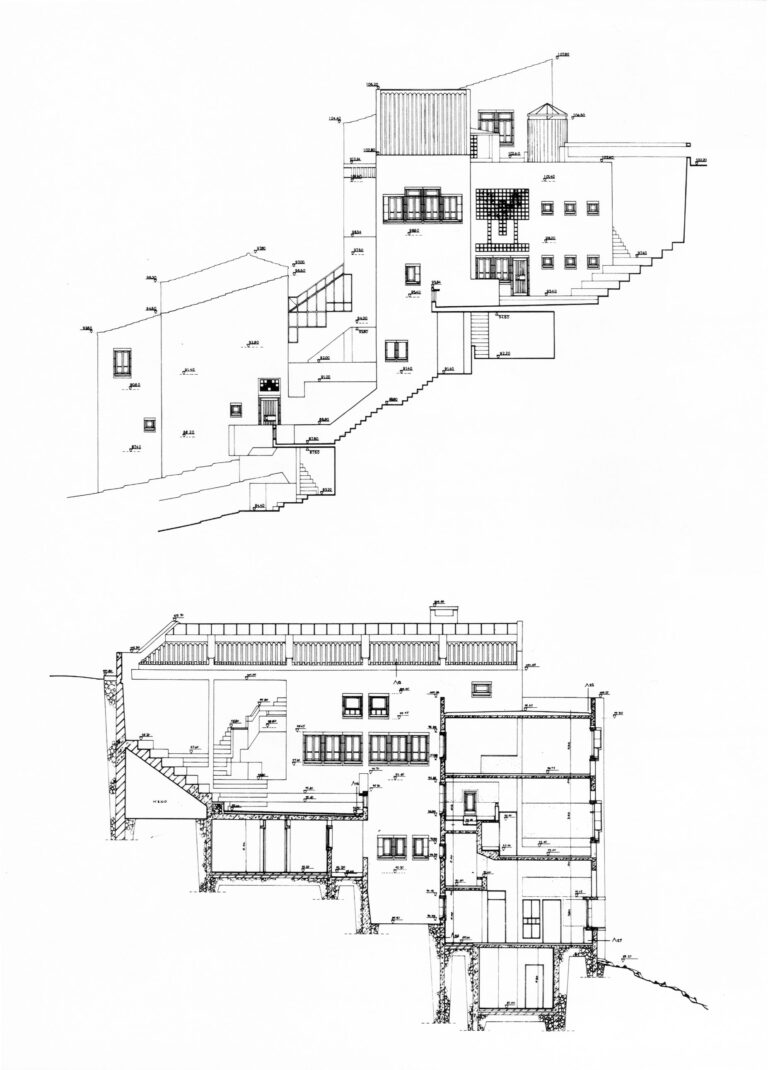 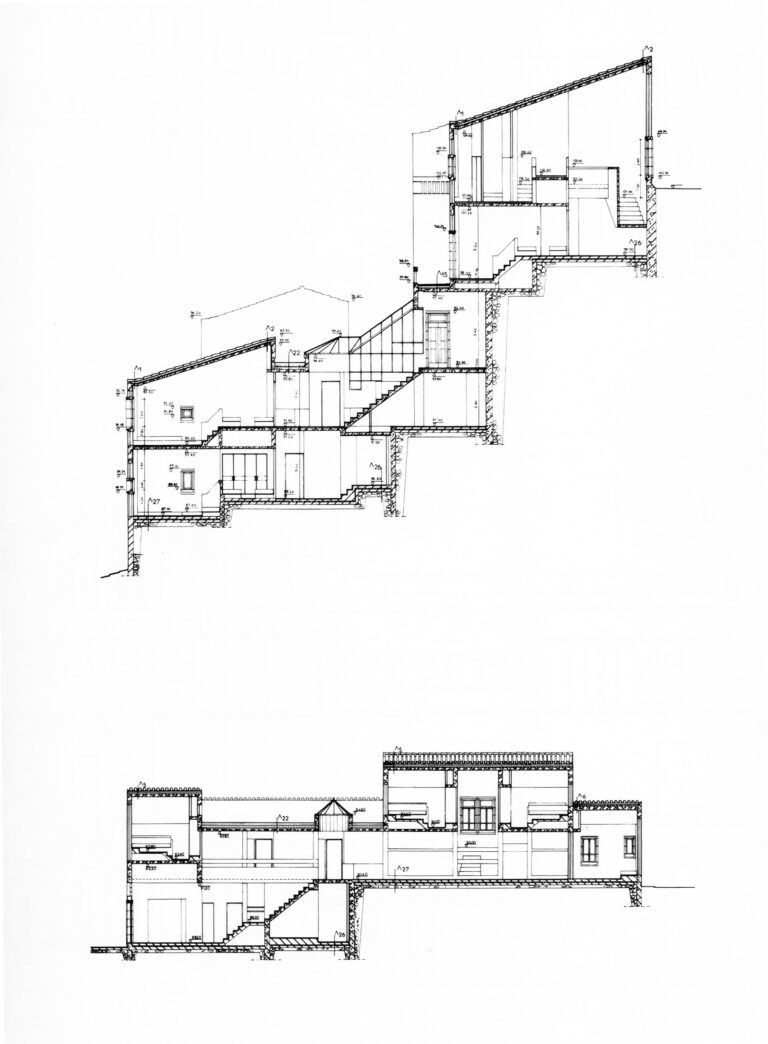