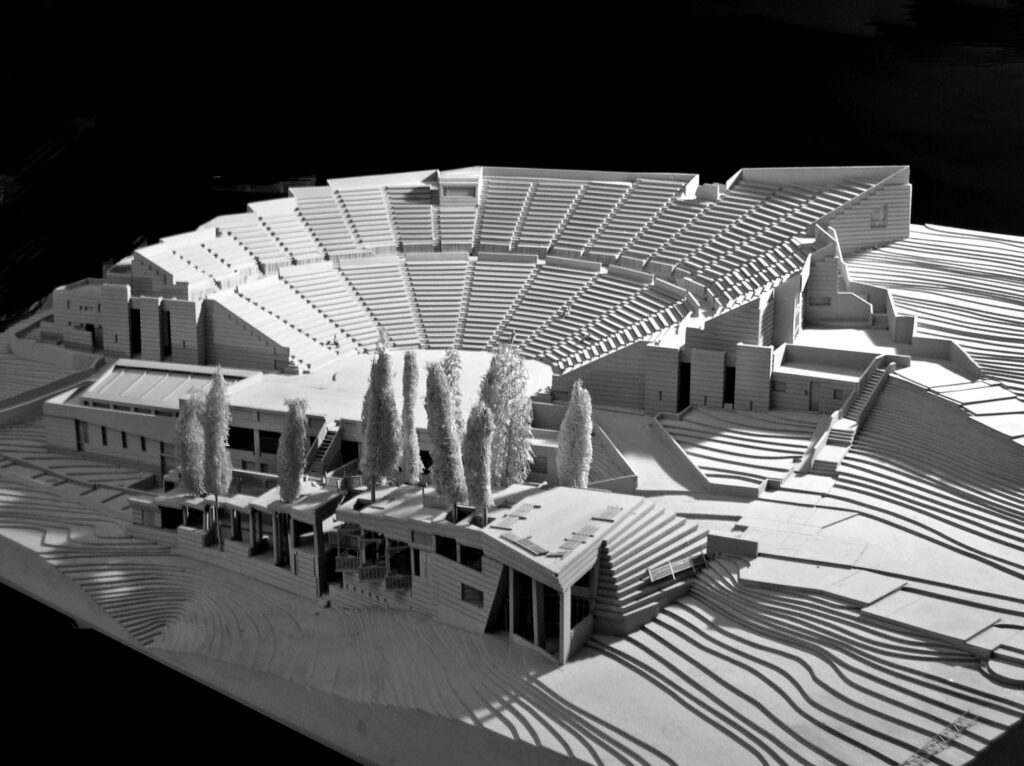 THE THEATRE IN THE FOREST, THESSALONICA

The projects objective was to renovate and modernize the existing theatre in the forest in the area known as Kedrinos Lofos (Cedar Hill), in Thessalonica – a work by professor N. Moutsopoulos (1978-79).

Interventions were deemed necessary to fulfil needs raised by the citys status as the 1997 European capital of culture.

The project – in the form it ultimately took – made provision for an expansion of the existing structure and for an increase of its capacity, aiming mainly to upgrade the theatres space. The theatre would first house the scheduled performances and musical events that were part of the capital of culture program and would later serve the needs of the National Theatre of Northern Greece.

In planning access roads to the theatre, necessary parking space and auxiliary spaces and facilities, our main concern was to achieve the highest degree of the projects integration into the forests natural environment; to fully adjust the project to the particularities presented by the terrain and existing flora; to incorporate in it both the view to the forest and the view to the city.

As work on the project was to be carried out on a very tight schedule – for various reasons – one of the requirements present from the early stages of the project was to investigate ways of construction that would ensure a fast and cost-effective completion.

In an attempt to respond to all the above mentioned considerations, we proposed a system of pre-constructing the tiers from parts of coloured reinforced concrete that were then joined together on the building site.

The theatre lobby is made up of a set of semi-open-air and open-air spaces arranged underneath an accessible loft-square, which directly communicates with the main access road to the theatre through terraces.

This loft-square is directly connected via a bridge with the level of the building underneath the stage that houses the actors dressing rooms. 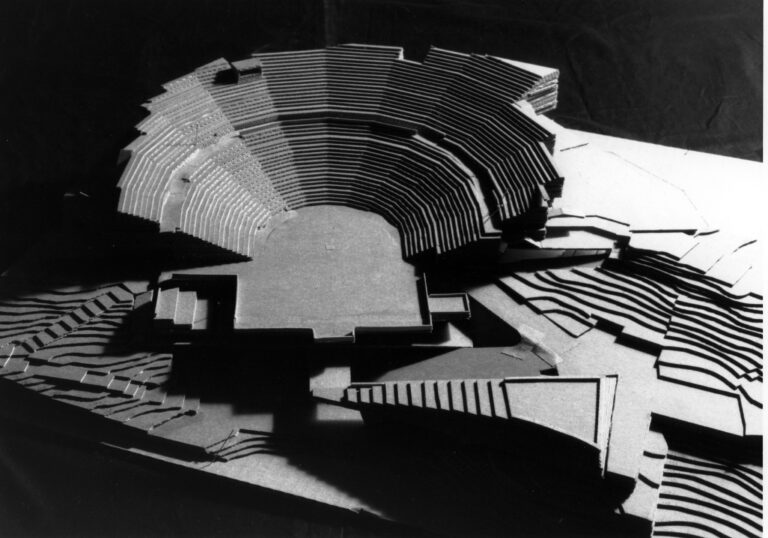 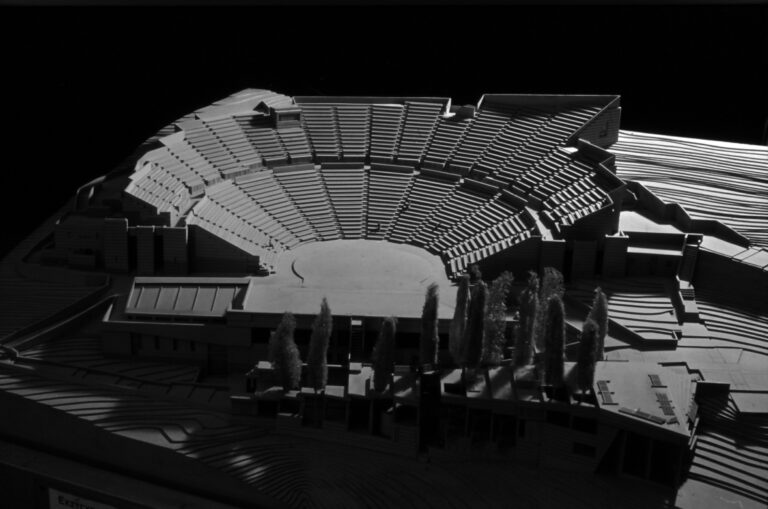 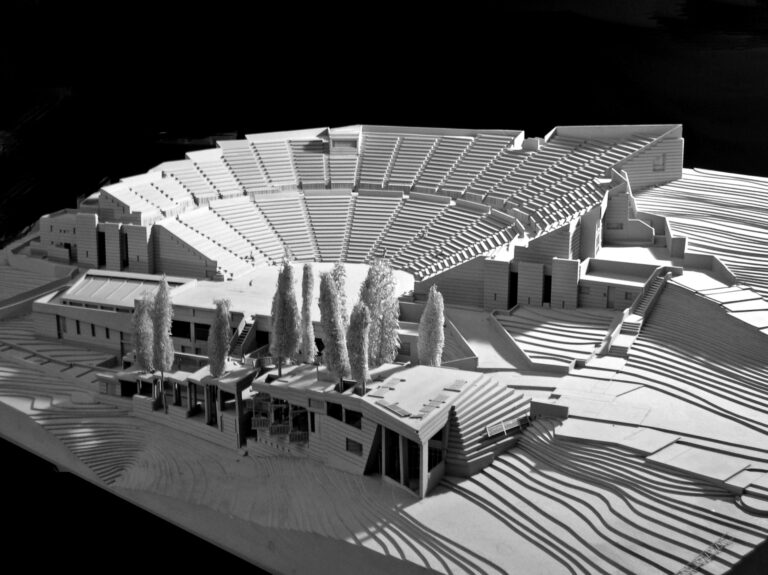 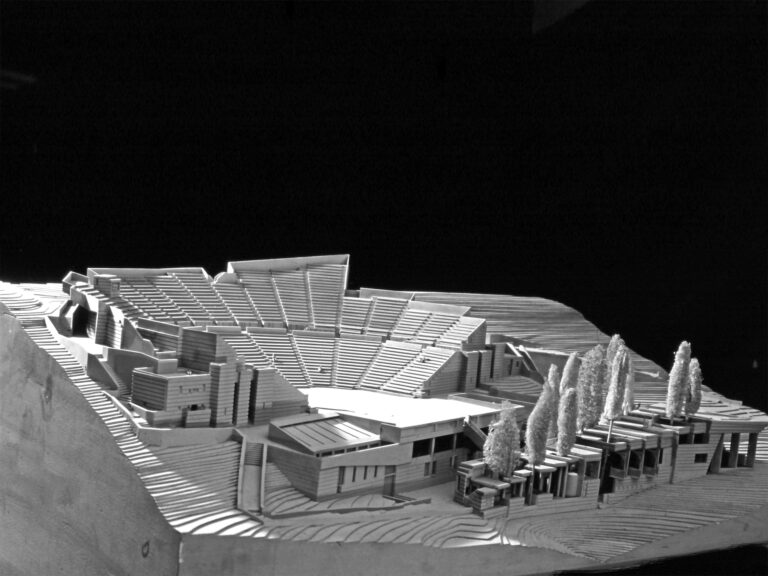 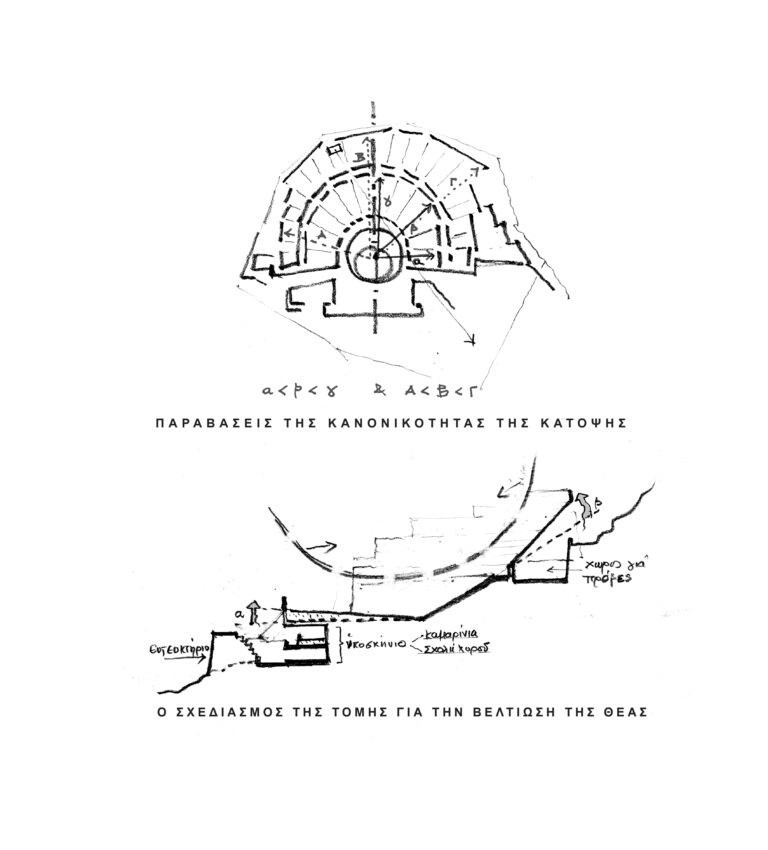 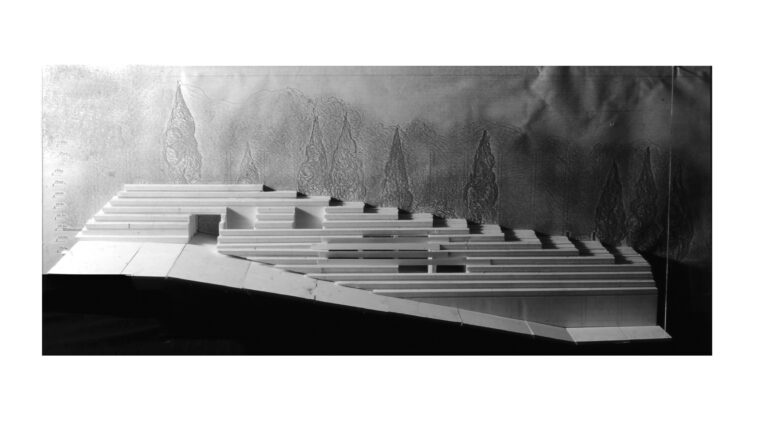 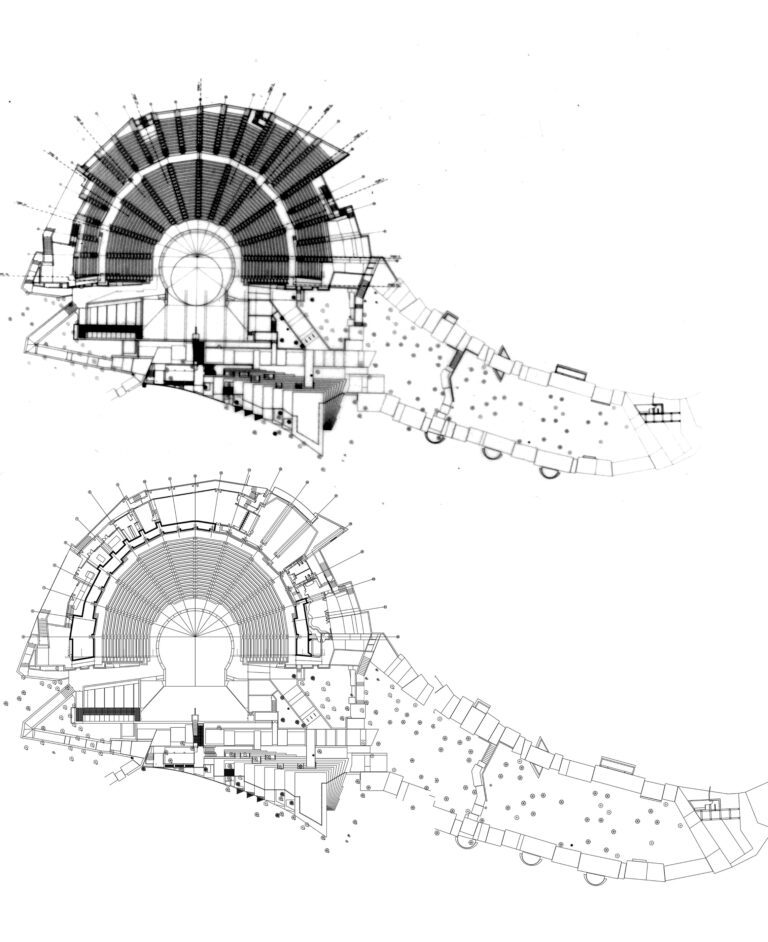 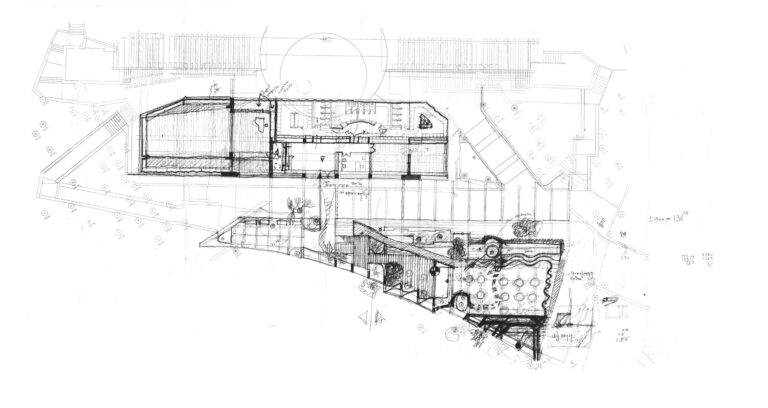 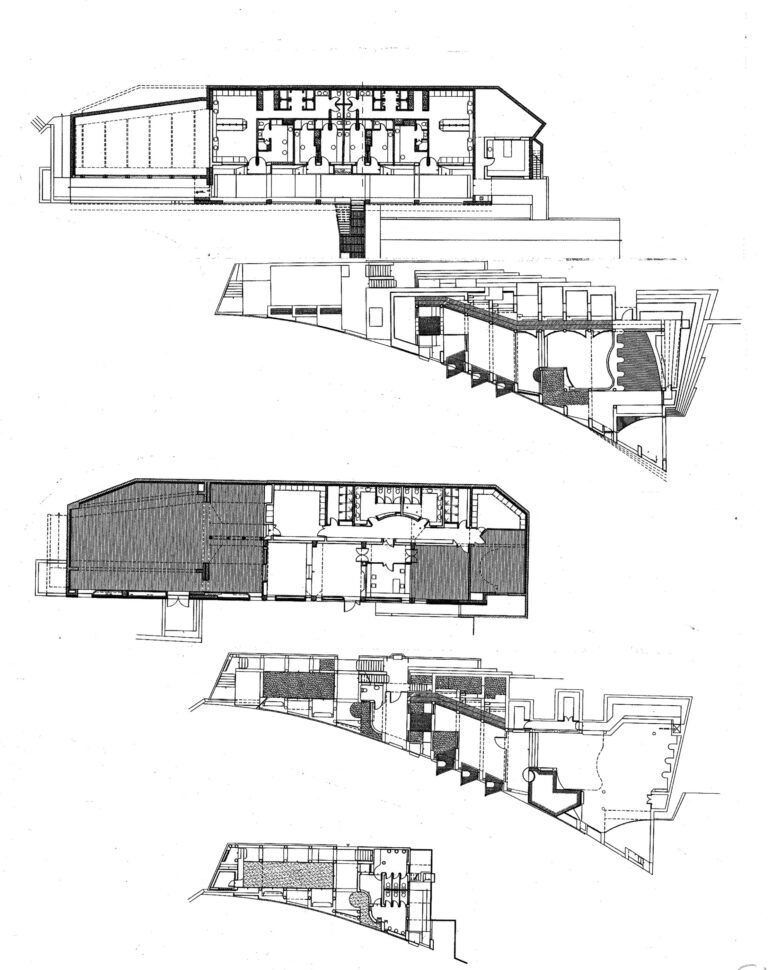 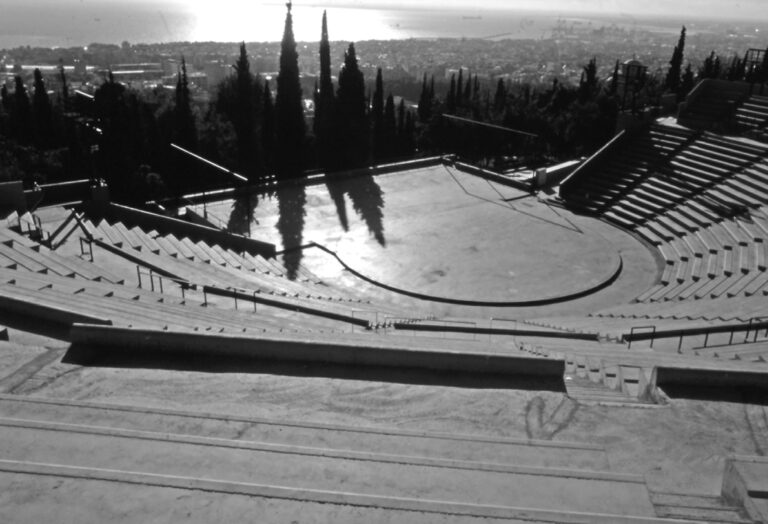 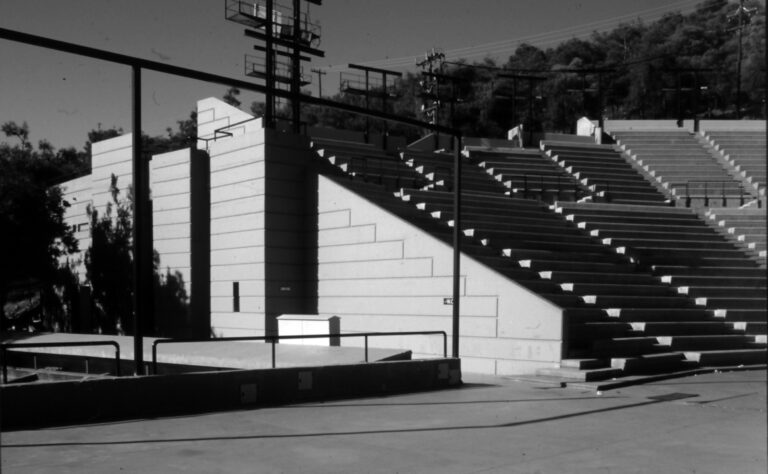 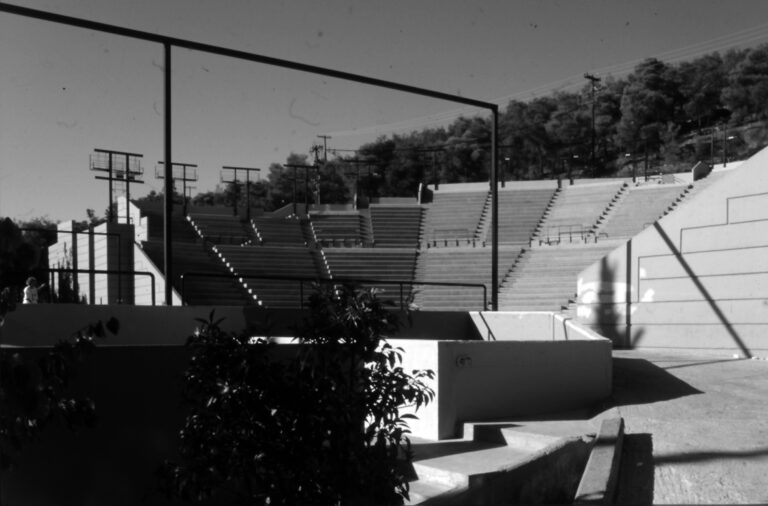 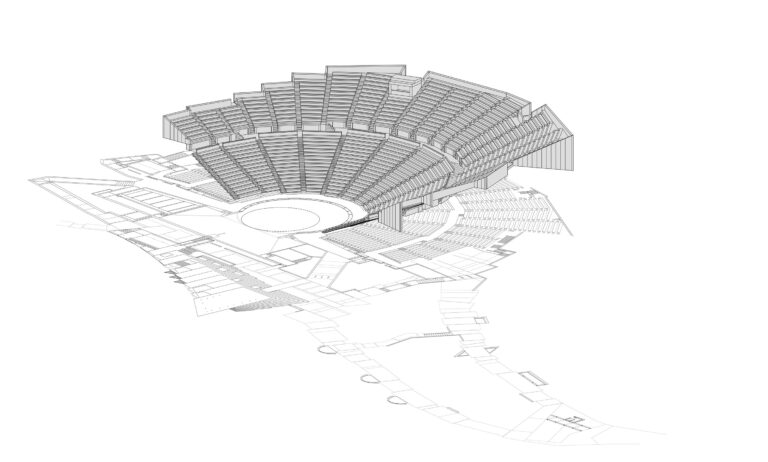