UNIFICATION OF THE ARCHAEOLOGICAL SITES IN ATHENS

No street exists in Athens, and few in other cities, which is longer than the Adrianou, extending from Diogenis torch (Lyssikrates Monument) to the Thisseion. Nor there is a street known to us with an equivalent variety.

Adrianou Street was regarded as a narrow square that runs parallel to the archaeological sites, resembling an elongated seating boundary, an in between space separating the city from the antiquities and the unique view to the ancient Agora and the Acropolis.

The limited width of Adrianou Street along with the occasional discreet widenings, lend an interesting and diverse character to this elongated piazza.

These five areas stood out and were specially developed. Area A is comprised of  Adrians Library Entrance, area B includes the intersection of Adrianou Street with Vrysakiou and Nissou Streets. Area C is located at the junction between Adrianou street and the Ancients Agora Entrance, the church and the Ag. Philippou Square along with its extensions. Area D is located at the section where Adrianou Street is interrupted by the archaeological sites and replaced by the excavation area. And lastly, area E includes the site bordered by the Athenaeum conservatory.

The development of the paving and the fencing along Adrianou street was considered a holistic problem, which correlated two adjacent boundaries: the northern boundary with the building facades, and the southern boundary with the traces of archaeological excavations. Given these facts, it was apparent that we needed to achieve a close connection between the fencing and the particular direct surroundings. 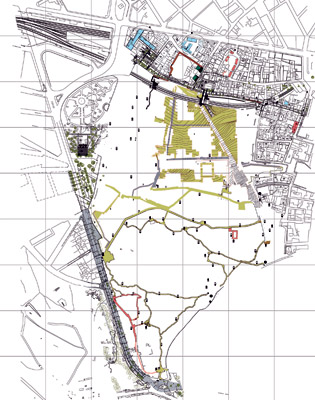 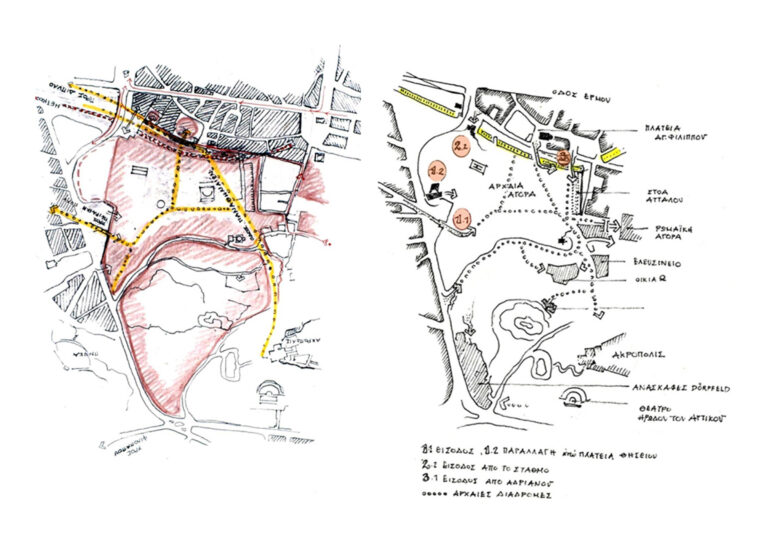 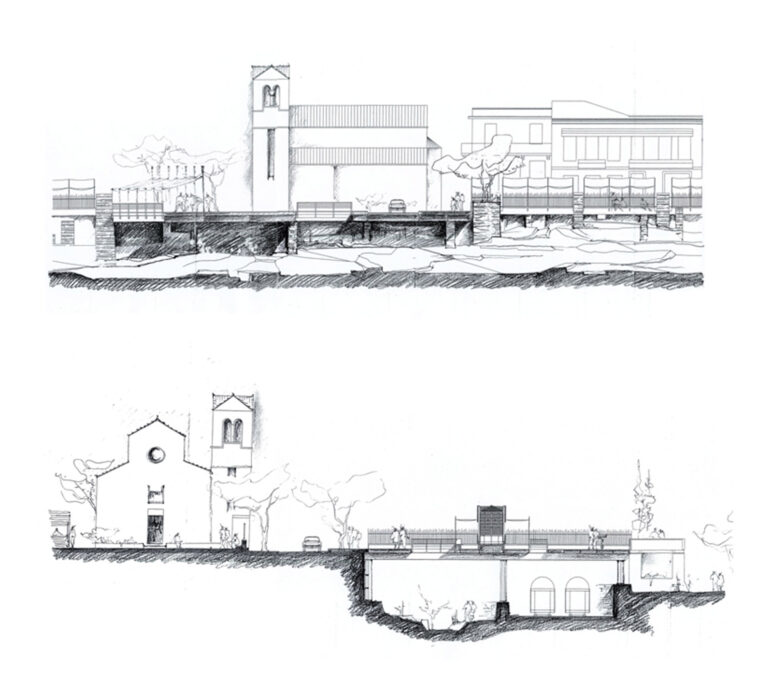 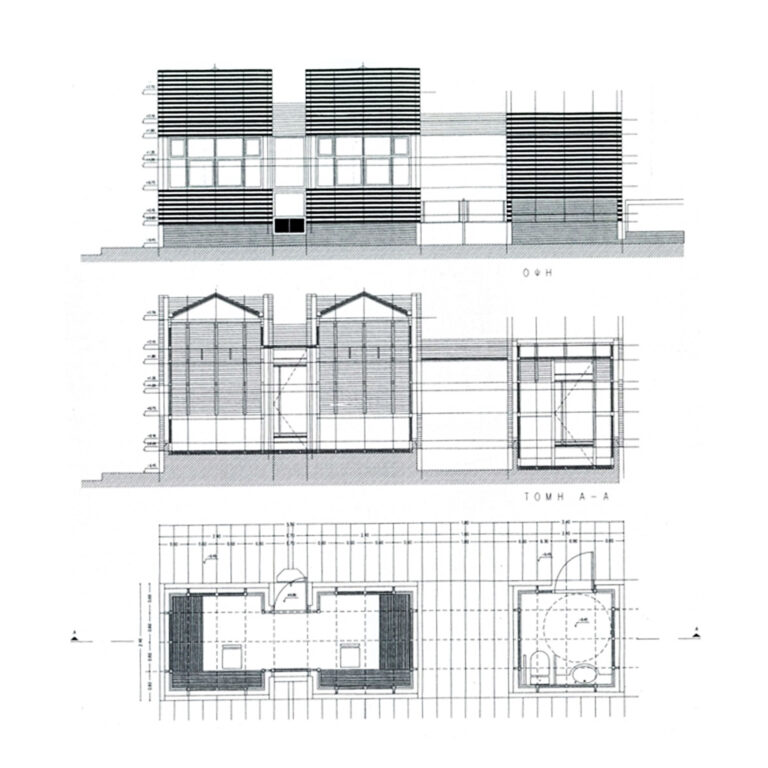