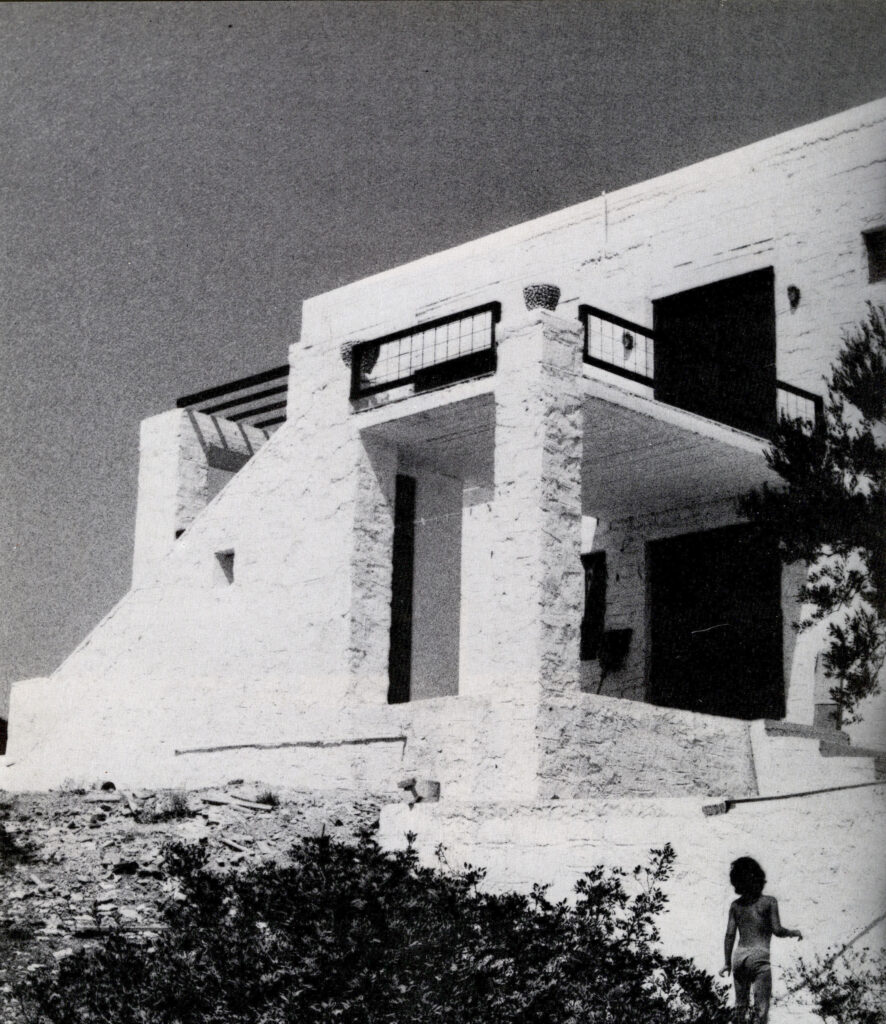 Situated to the East of Porto – Heli and separated from it by a stretch of sea, this house is built on the Southern slope of a small peninsula, fifty meters form the seashore. The local climate is mild and hot, and the prevailing wind is from the East in the summer. The program included a living area, a kitchen, bedrooms, a guest area, a bathroom, and a number of terraces.

The indoor spaces were grouped in zones running parallel with an East – West axis. This alignment not only runs parallel to the slope but also coincides with the direction of the prevailing wind.

The internal spaces have a double orientation and immediate contact with the outdoors, while the external spaces, determined by the built volume, function as open-air rooms. Internal volumes are grouped into three zones: kitchen and covered entrance in the first, living room and bedrooms on two levels (because of the slope of the ground) in the second, and a bathroom with a shower under the stair-case, for bathers coming up from the beach, in the third.

The external space is also organised as three zones with varying character, view, and orientation. The first zone, in front of the covered entrance, is the intermediate element between the house and the street; the second, bordered by the kitchen and the living room, serves as an open-air sitting area, with a view towards the East and the West, and the third one extends over two levels, has immediate access to the seashore, and opens to the South. 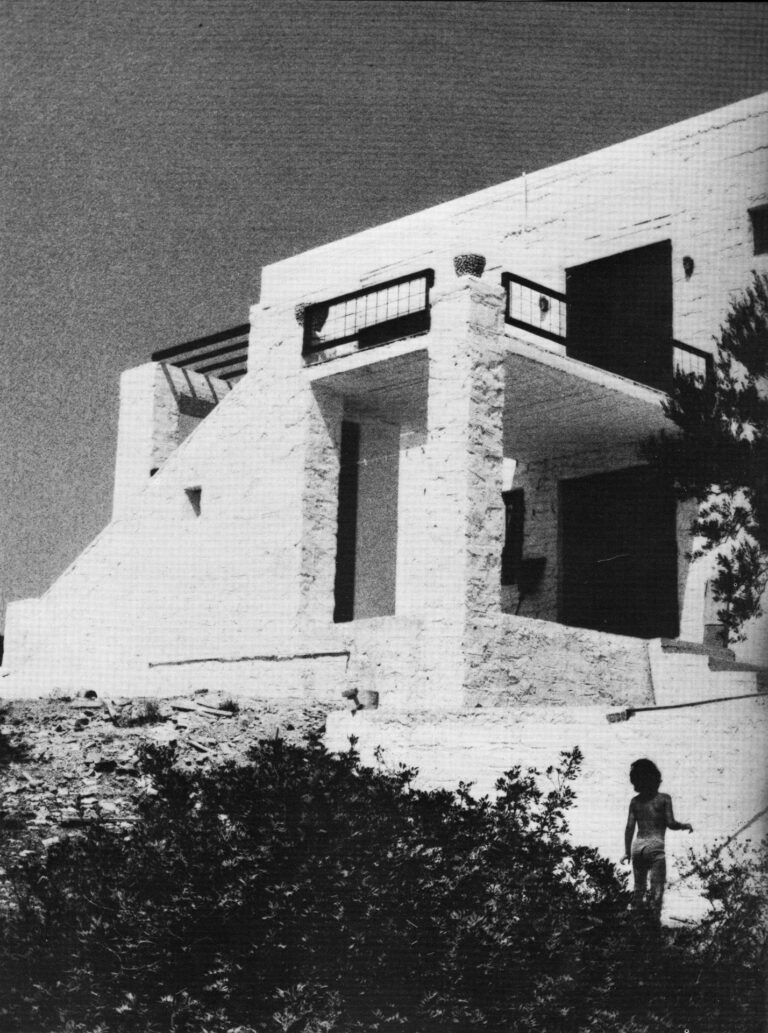 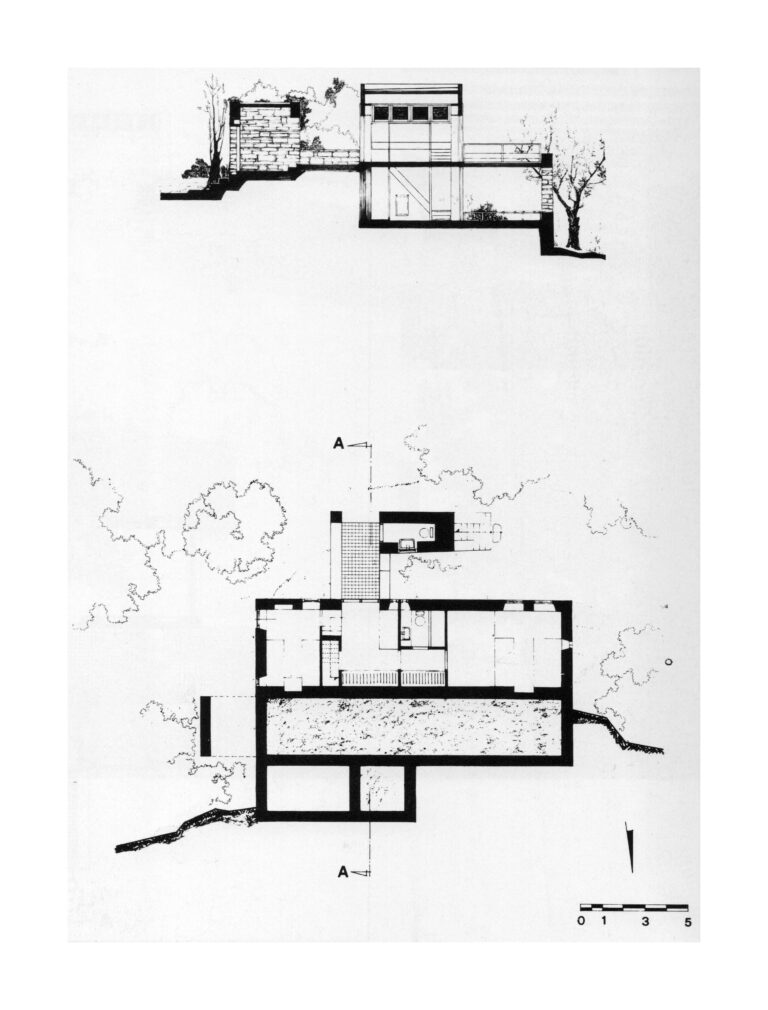 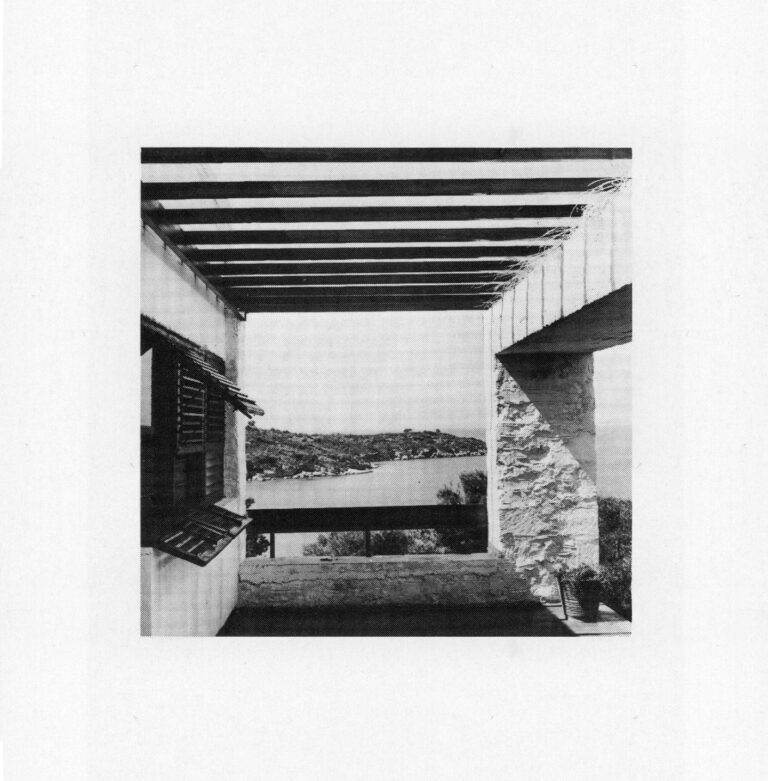 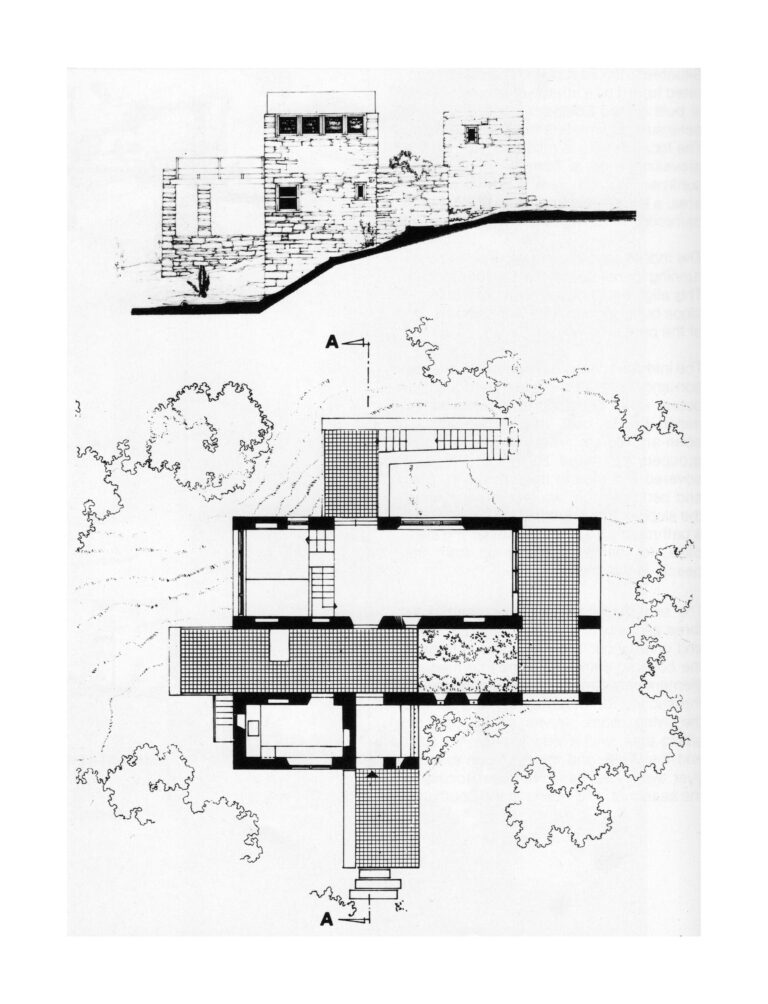 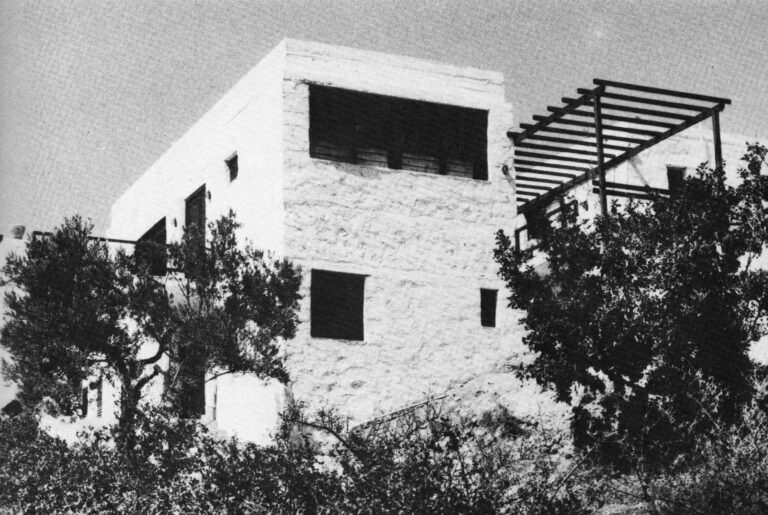 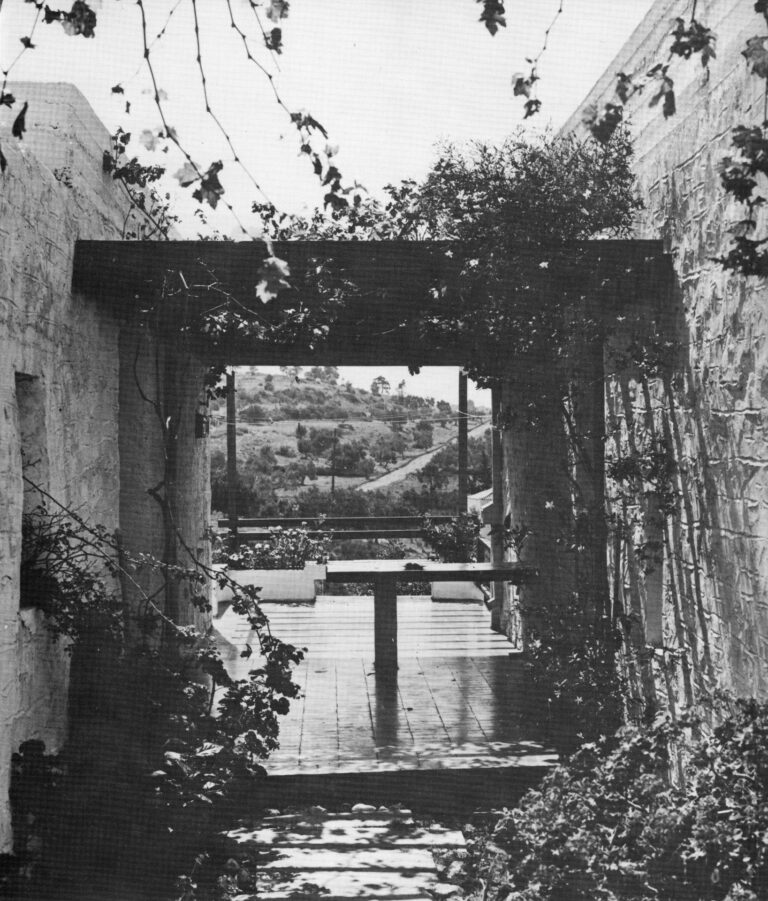 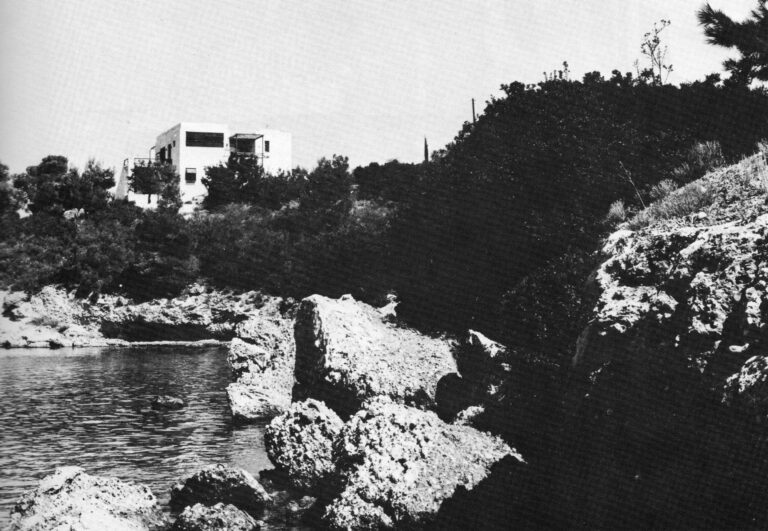 VacationHouse-at-PortoHeli-7 View from the sea 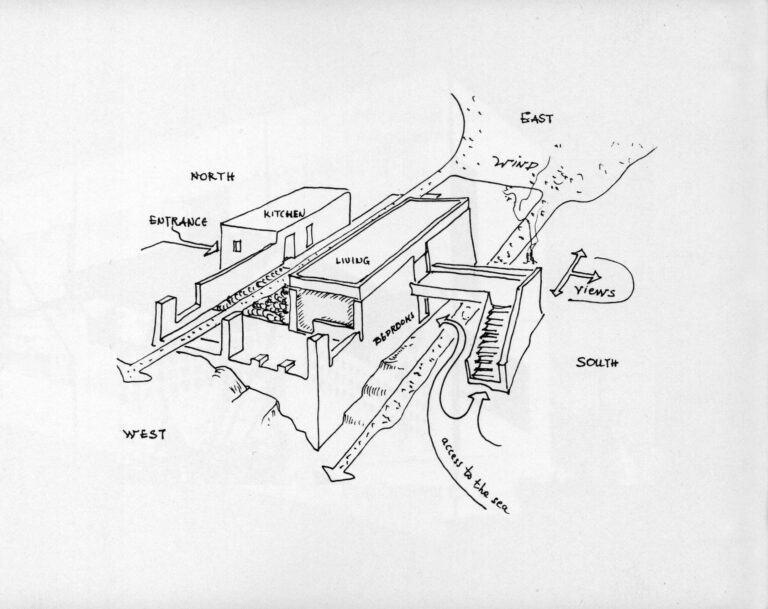