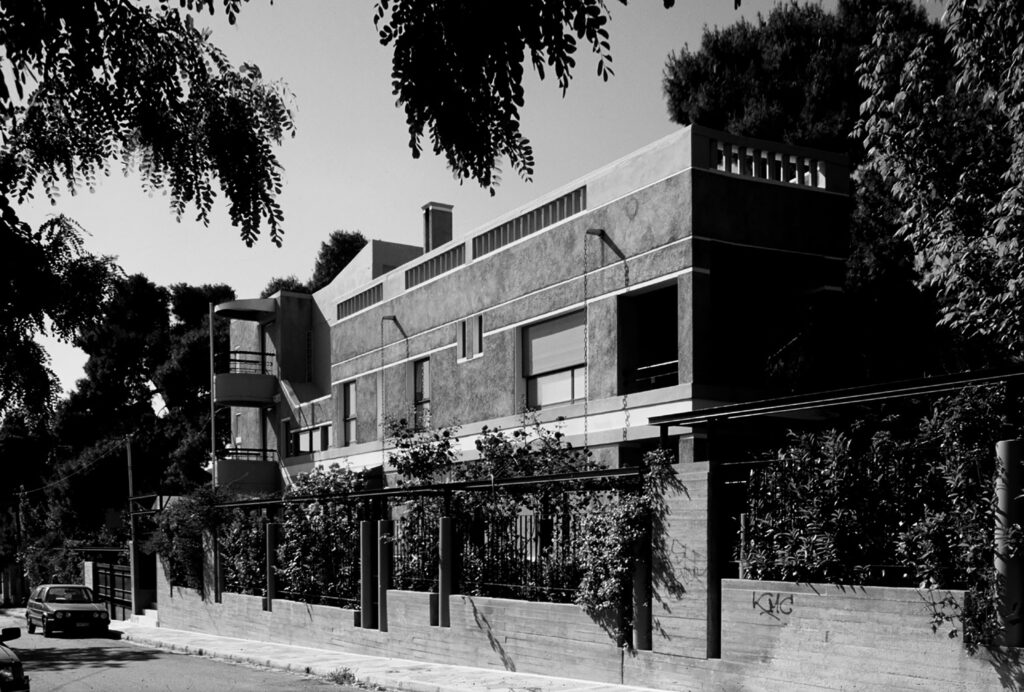 This was a corner lot – in the shape of an elongated trapezium – its longer side having a south orientation, the side on the corner being the narrower.

General Building Regulations and considerations regarding front yard space, existing vegetation and the specific demands raised by the project were the factors that decided the houses place in the lot.

The structure of the building was arranged between the party wall and the building line prescribed by the floor area ratio, running parallel to the road, in the form of a wall that hosts between its two boundaries a set of activity units on different levels.

A small atrium separates the two-storey part of the house from the three-storey one and functions as a joint, containing the staircase and ensuring the desired condition of openness on both ends for spaces on either side.

The lots given peculiarity prompted us to plan the buildings boundaries in such as way as to somehow manage to make the surrounding environment an organic part of the house itself. This being the projects principal aim then, the lots boundary line – running parallel with the building line, which is itself delineated by the rhythmical succession of pergola props – and the line along which develops the houses volume formed the two boundaries delimiting open-air space, which in a way turns inward thus contributing to an appropriation by the structure of a usually neutral front yard. 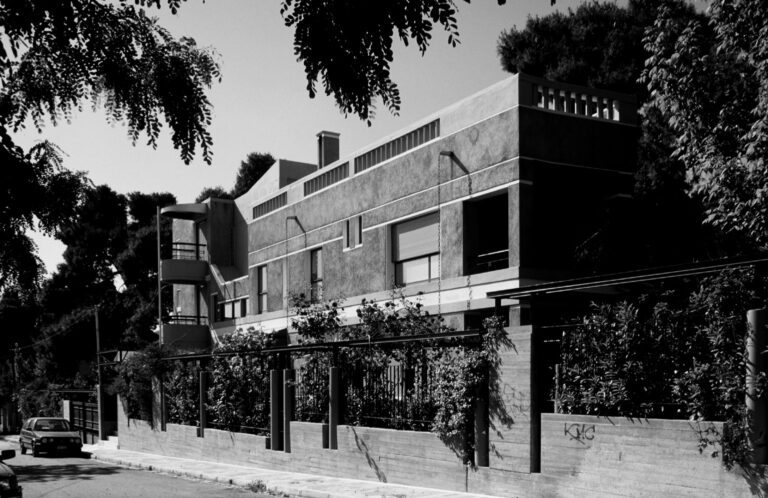 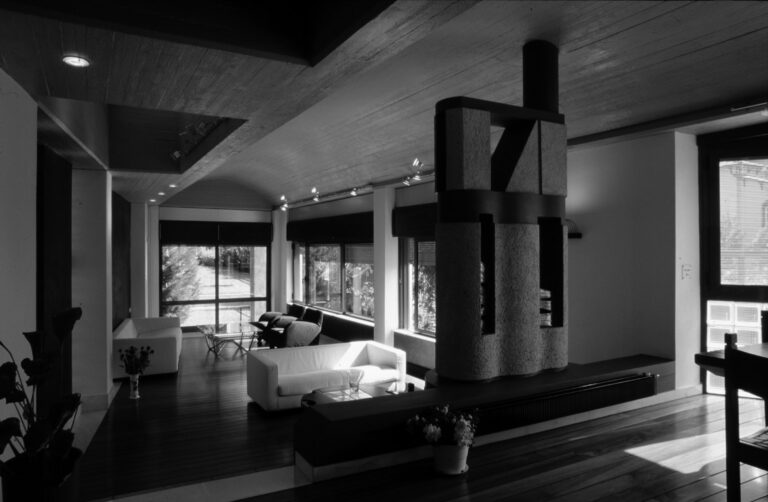 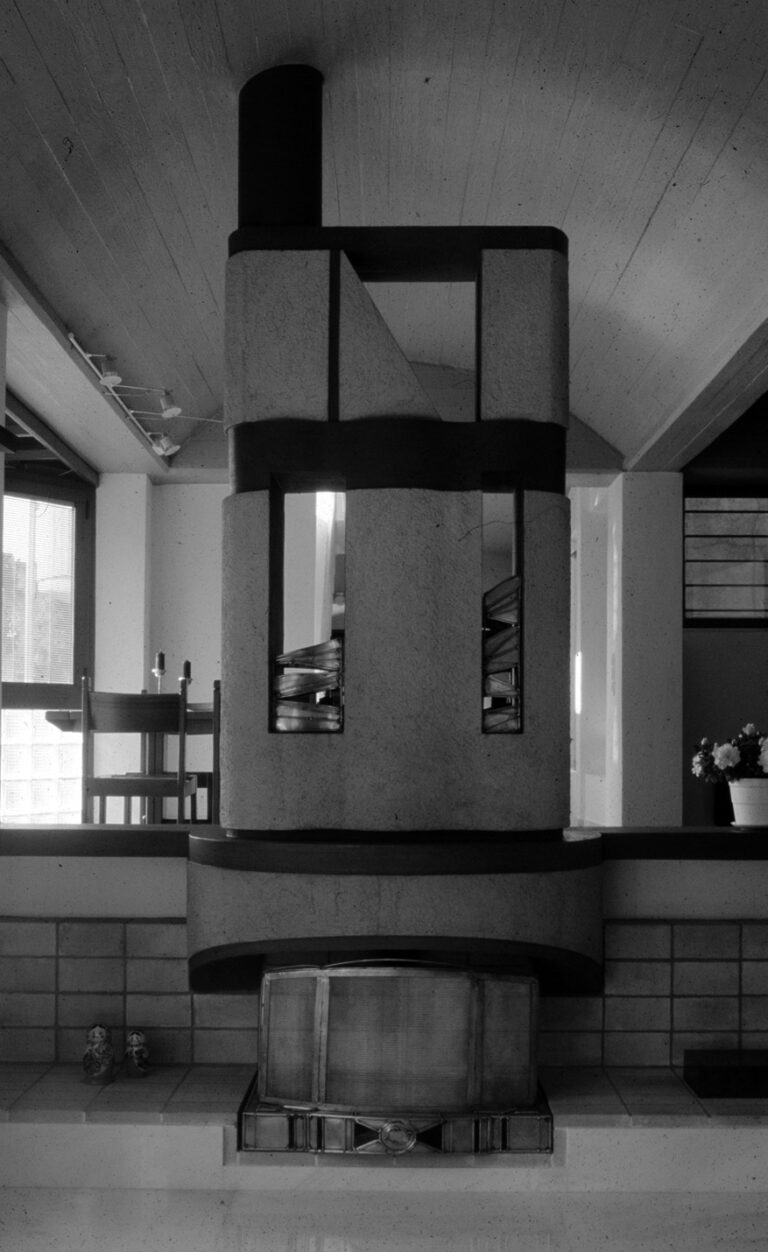 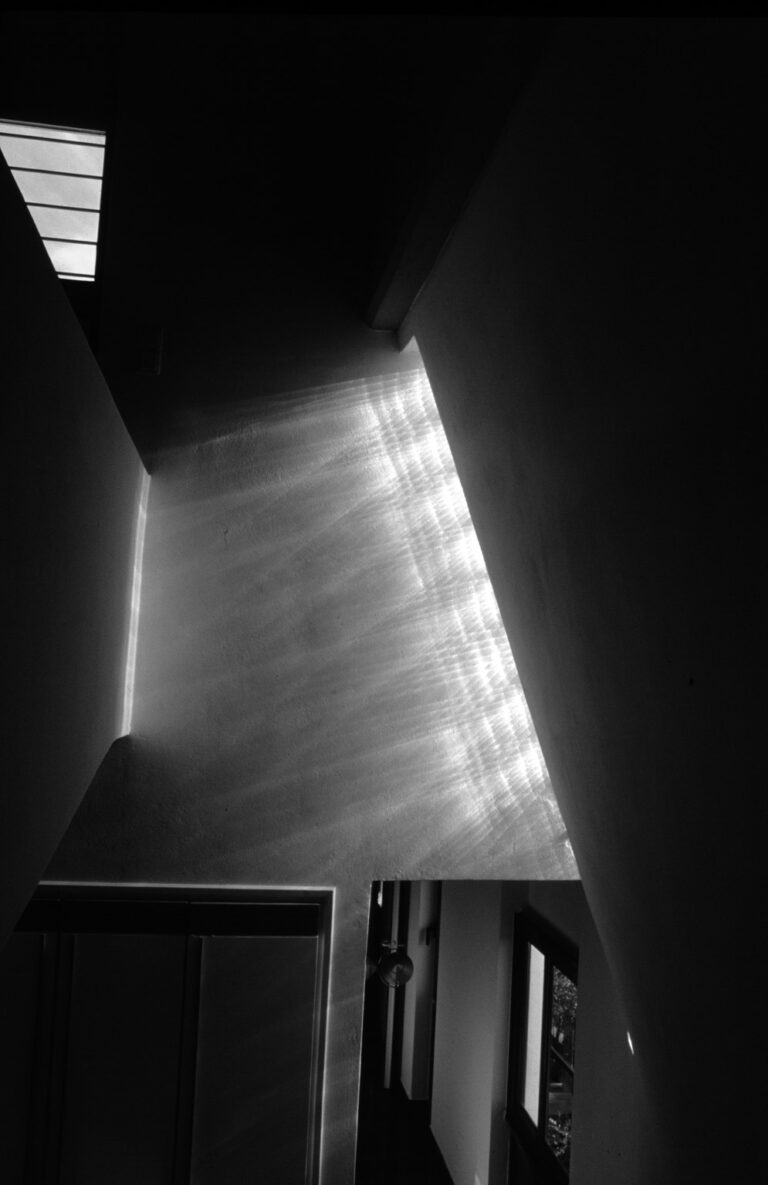 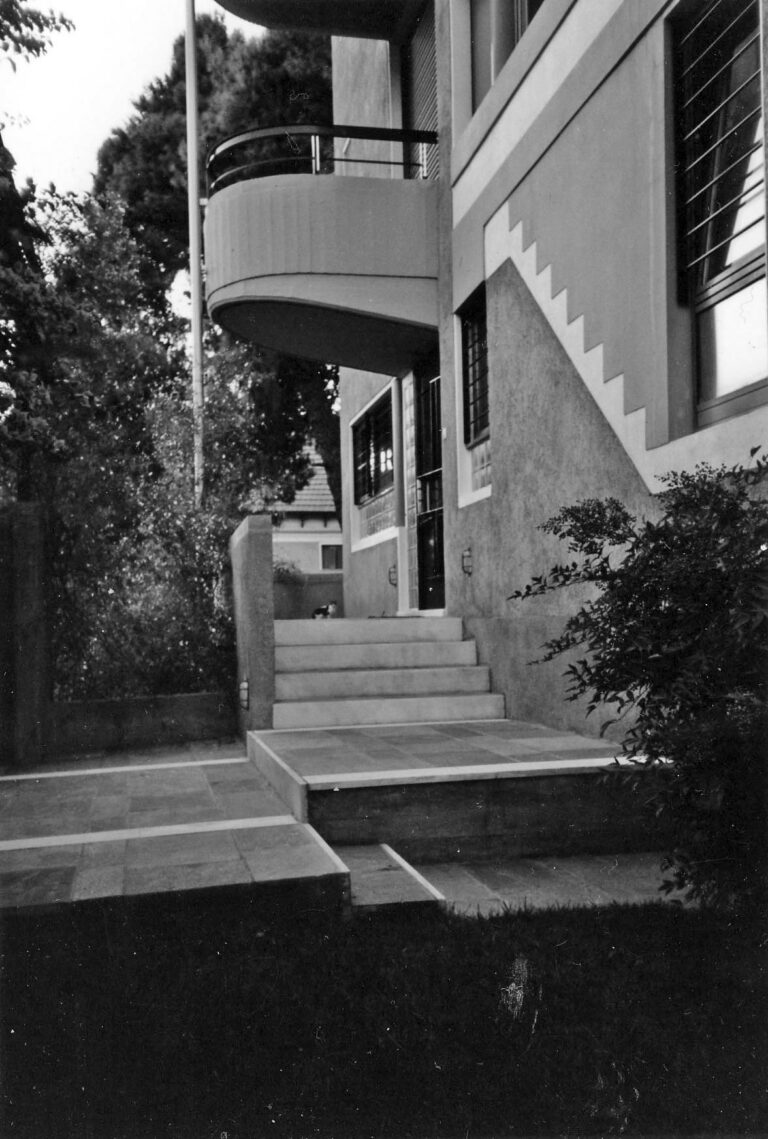 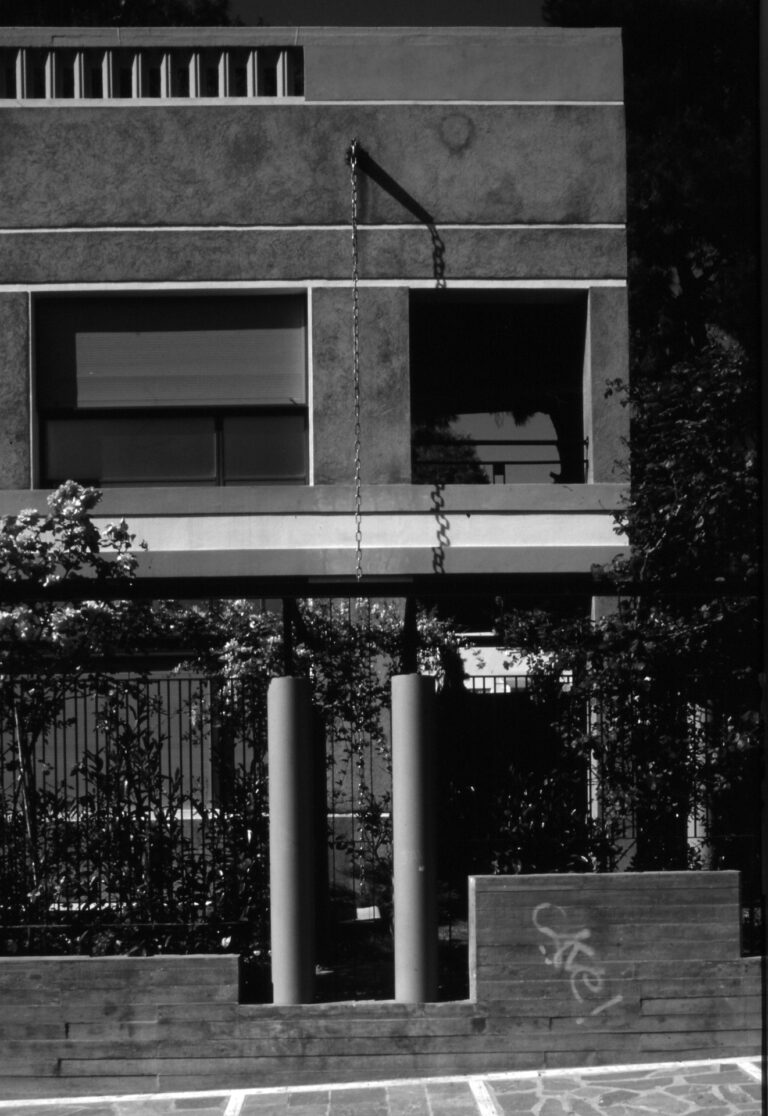 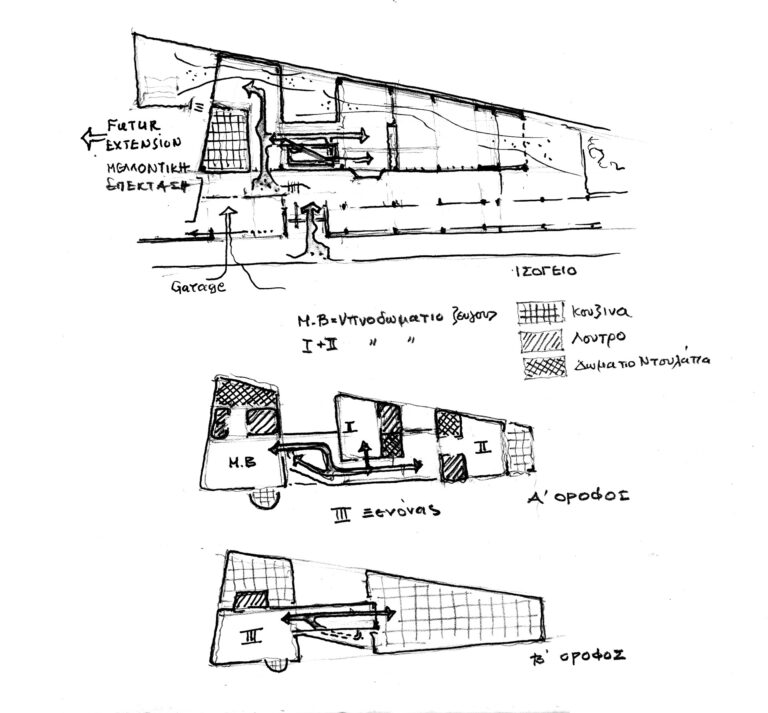 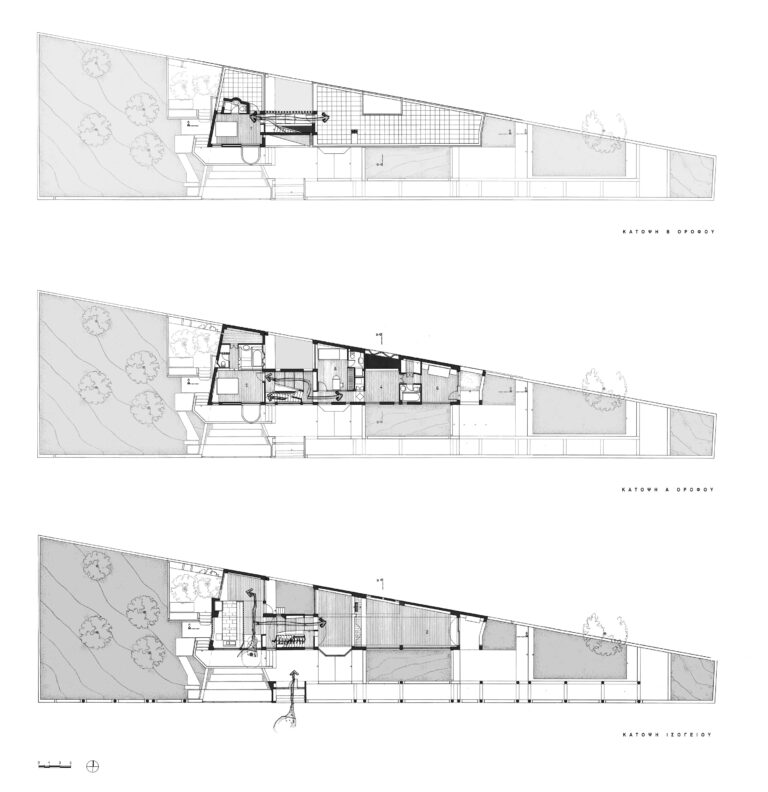 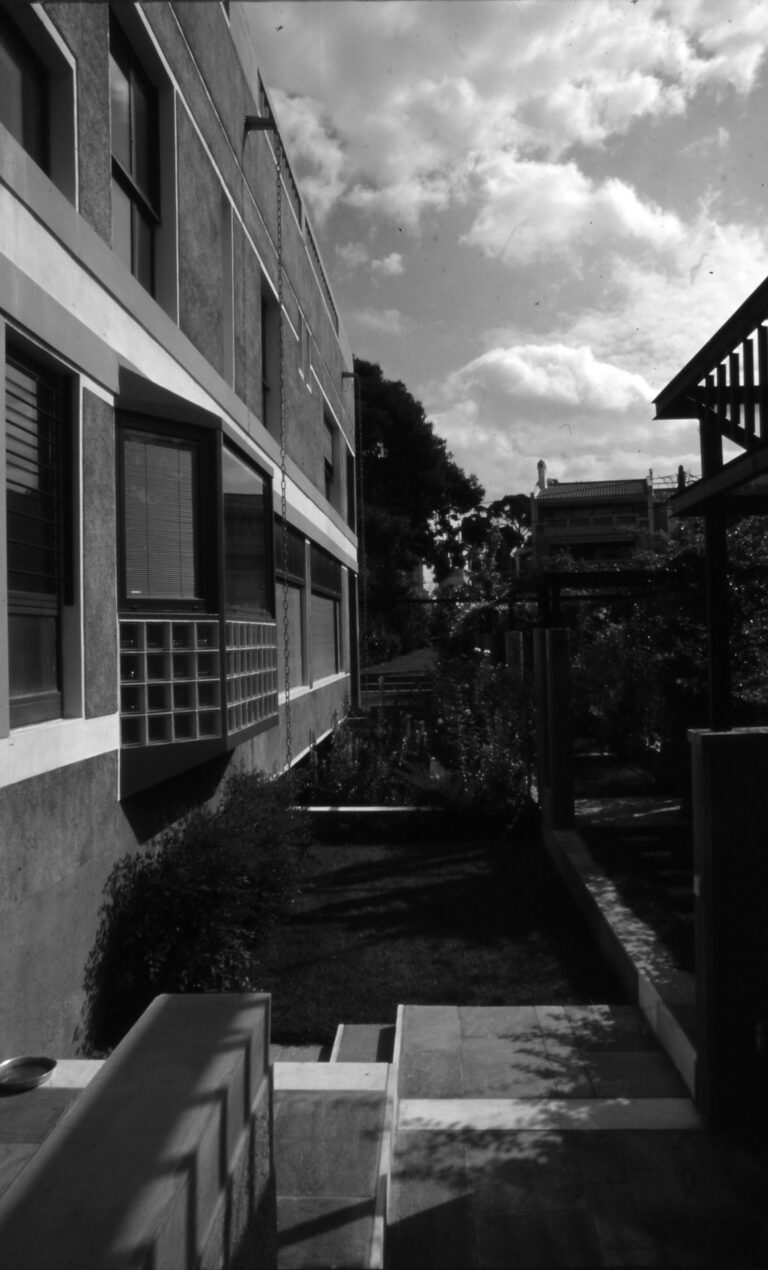 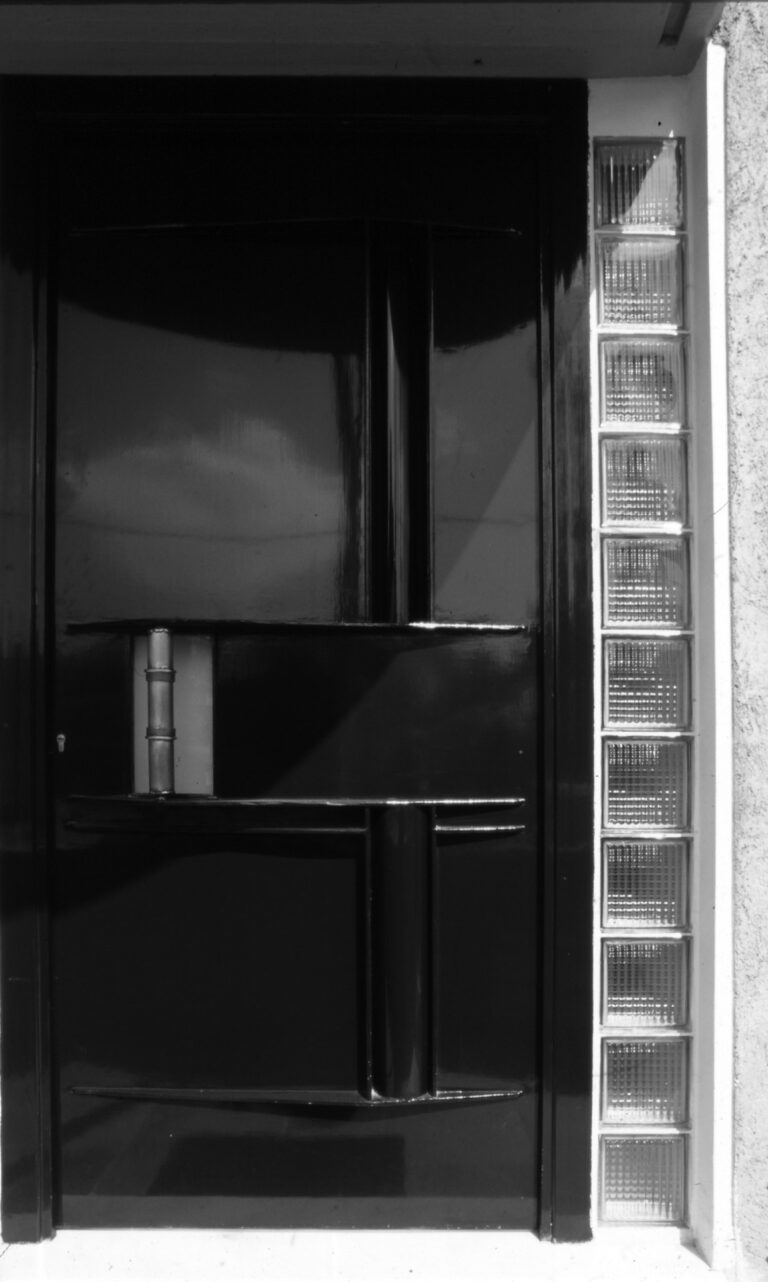 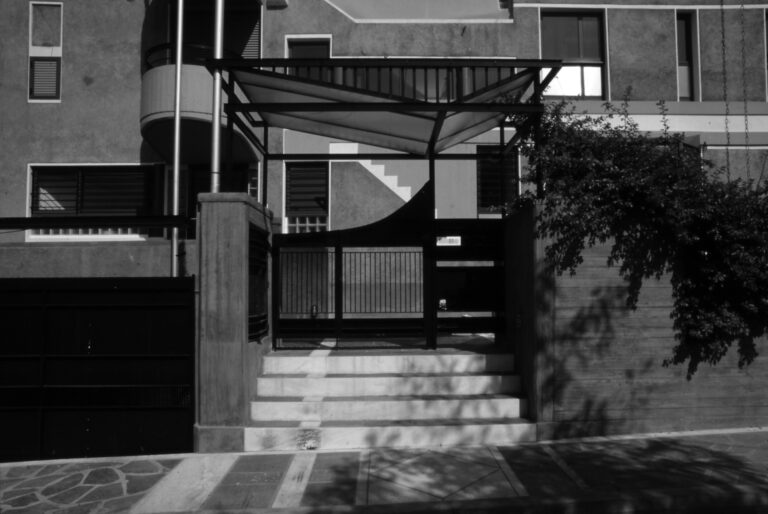