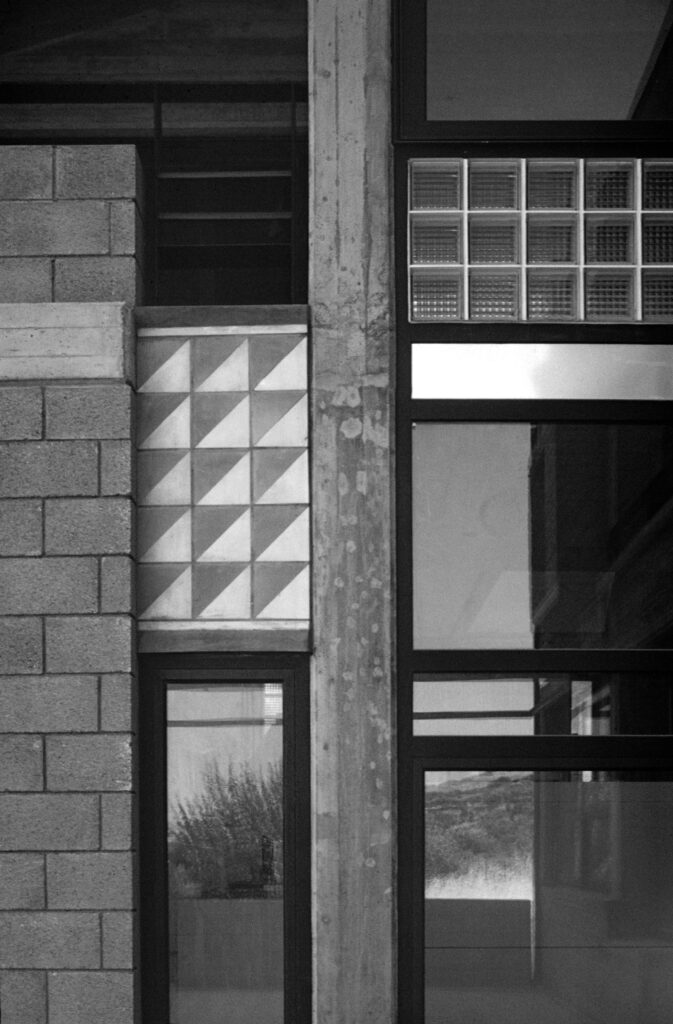 Two houses situated on the side of a hill, offering a wide, unobstructed view to the West. The sea is far off to the north.

For ownership related reasons, the two houses, belonging to two brothers, had to be constructed on two adjoining yet independent lots.

Here too, activity units are arranged in the form of smaller houses within a house so that intermediates spaces between the various units, whether open, semi-open or closed, may enhance the overall character of the structure, taking on the function of an interior courtyard directly linked with the surrounding environment whose presence is invaluable in the Mediterranean context.

Houses are arranged in constructional zones. One such zone – a gallery – faces the south, allows passage between the two houses and shares out the sum of activities among the various levels.

Roofs that are either open or sheltered, galleries or archways are elements that seem to be invading the areas of private space and imparting them the sense of vagueness and diversity that characterizes the outdoors.

Yet again, in the case of both these twin residences, we explored the potential inherent in concrete blocks marked by a combination of special specifications and colour. 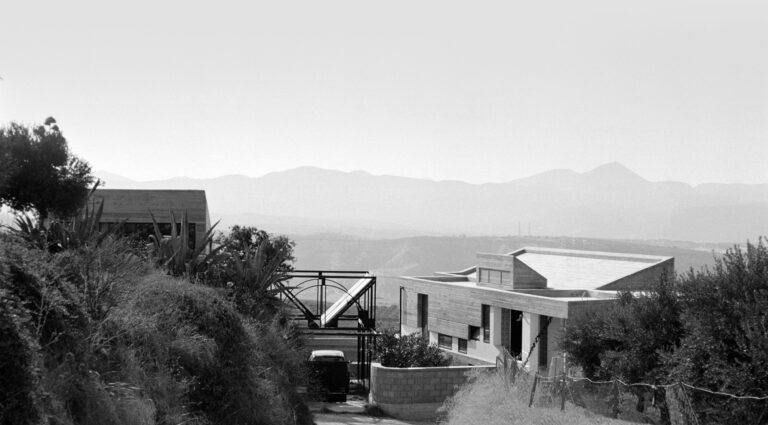 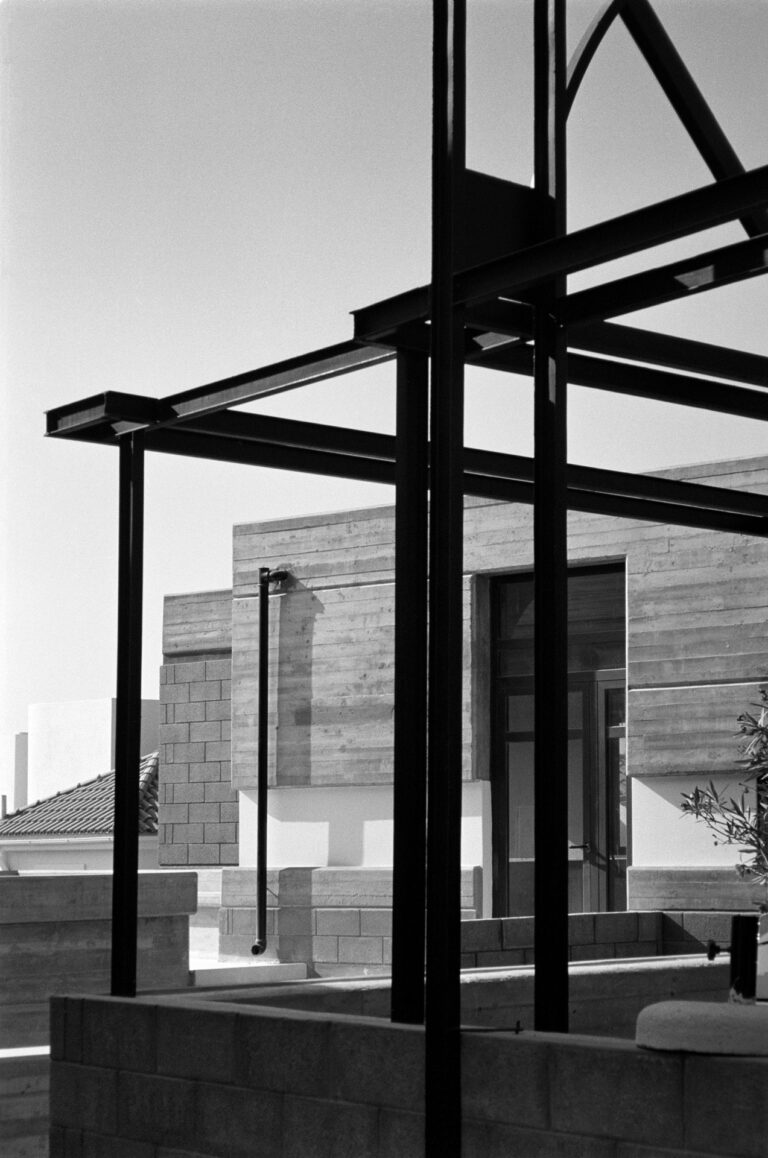 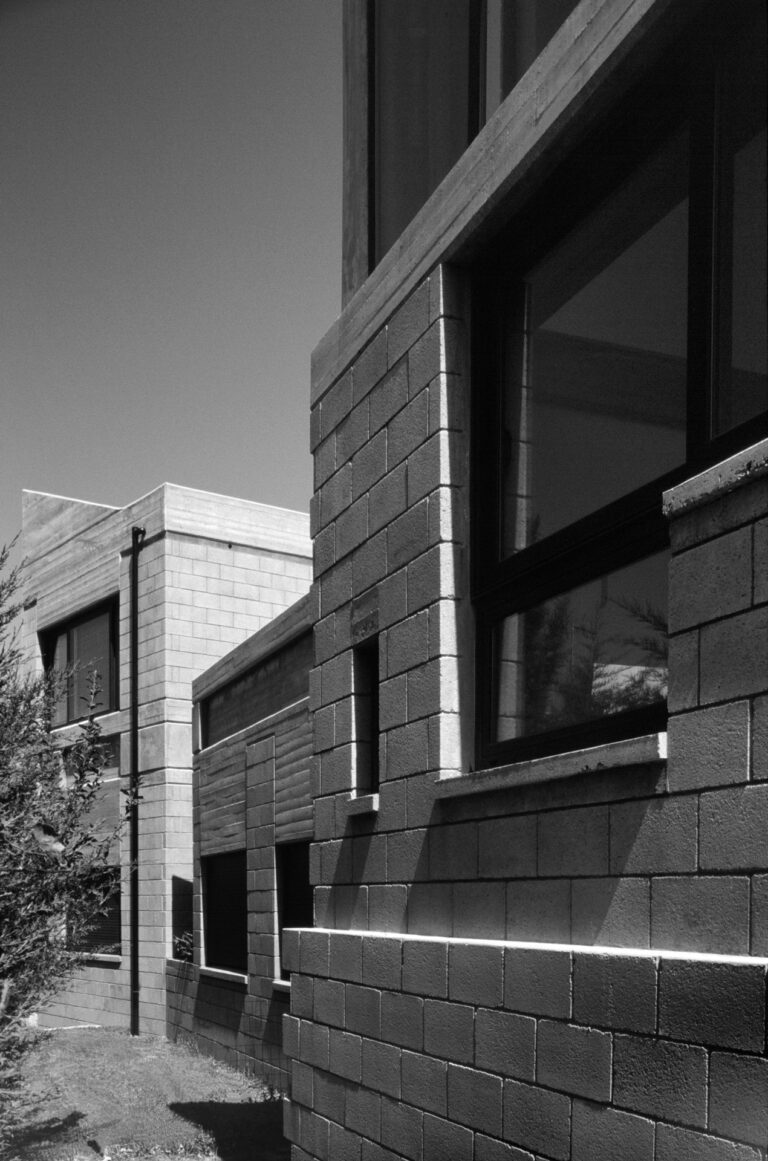 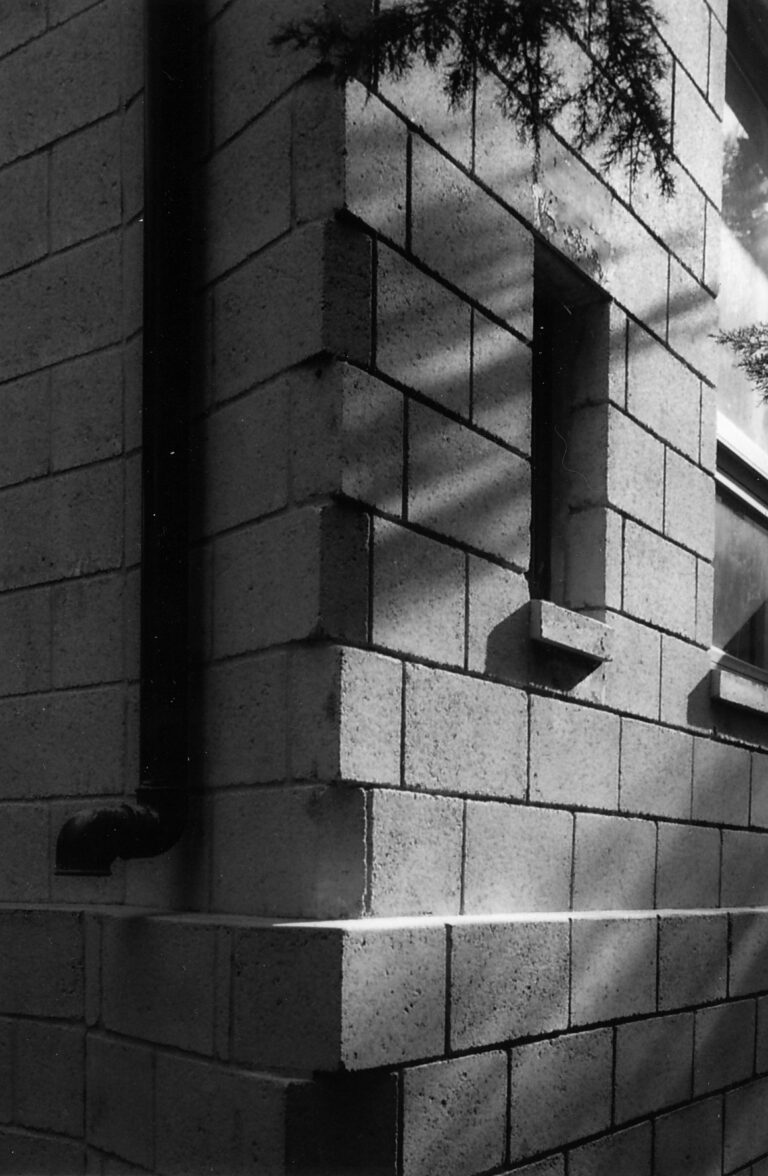 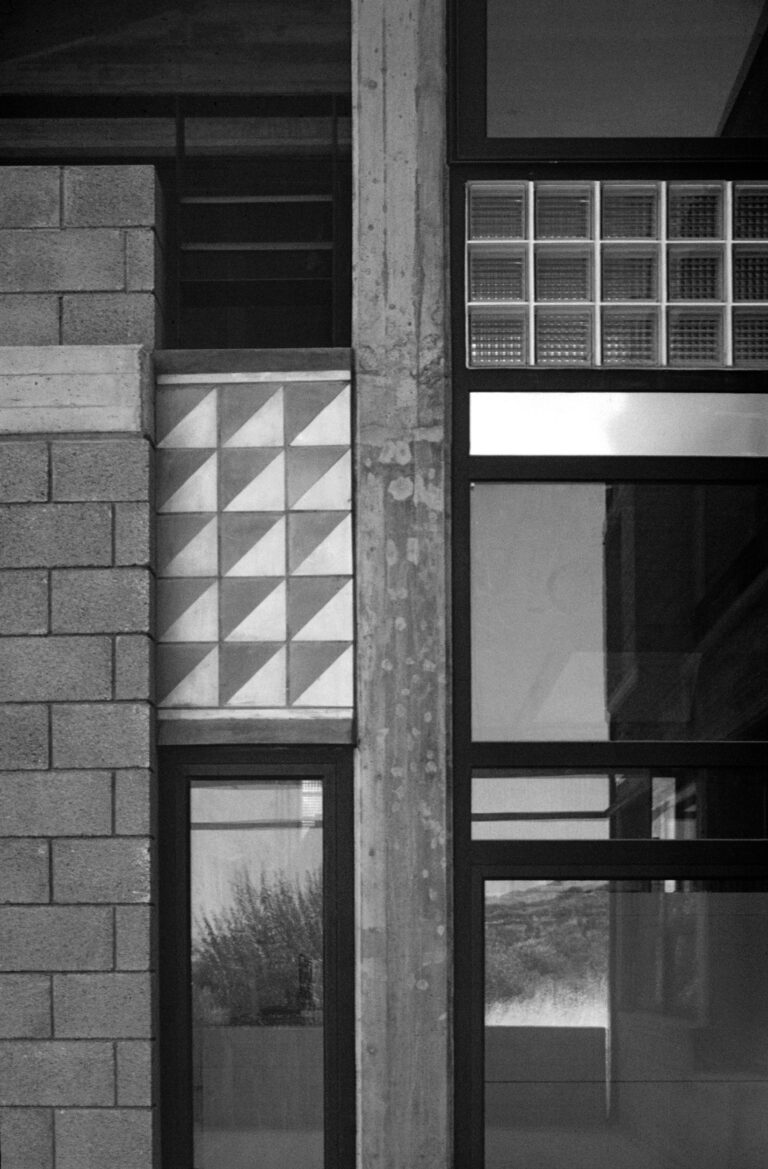 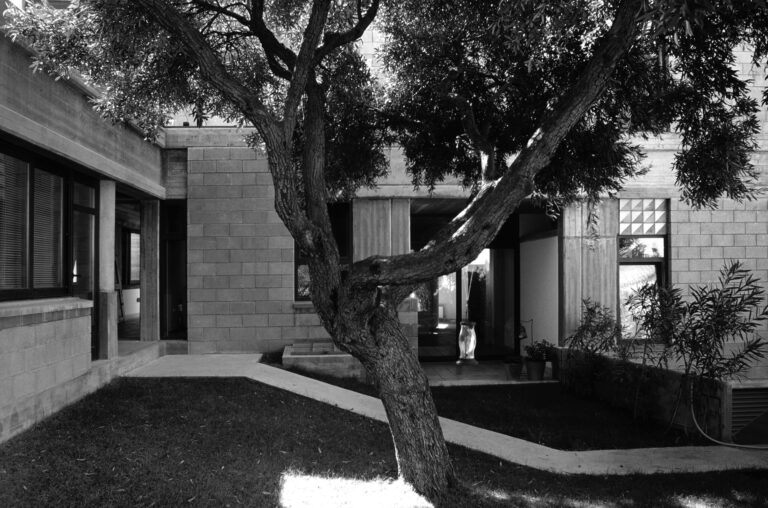 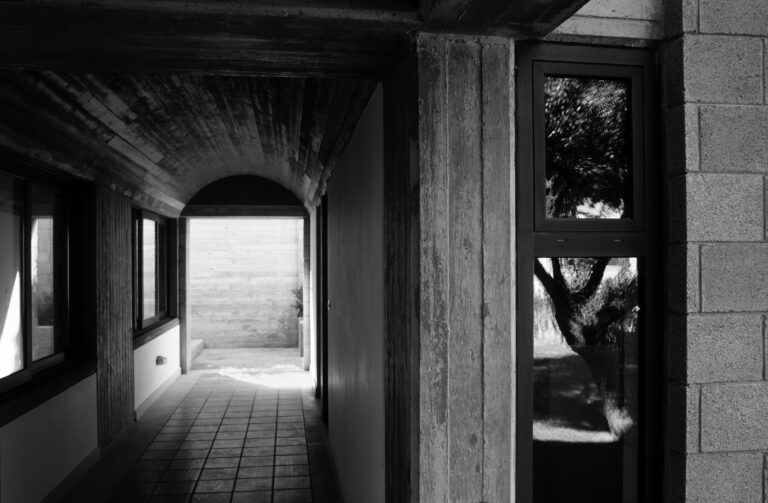 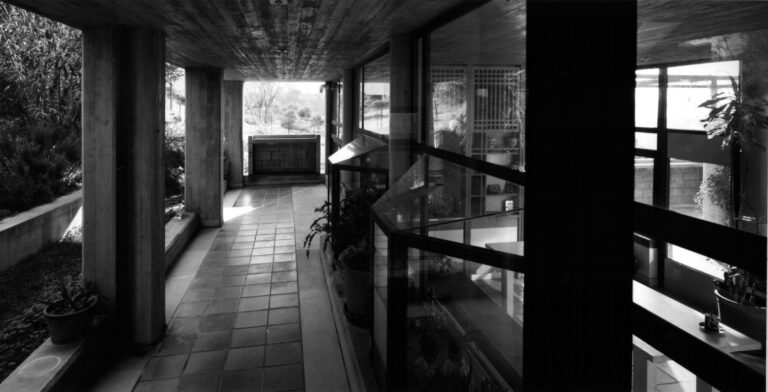 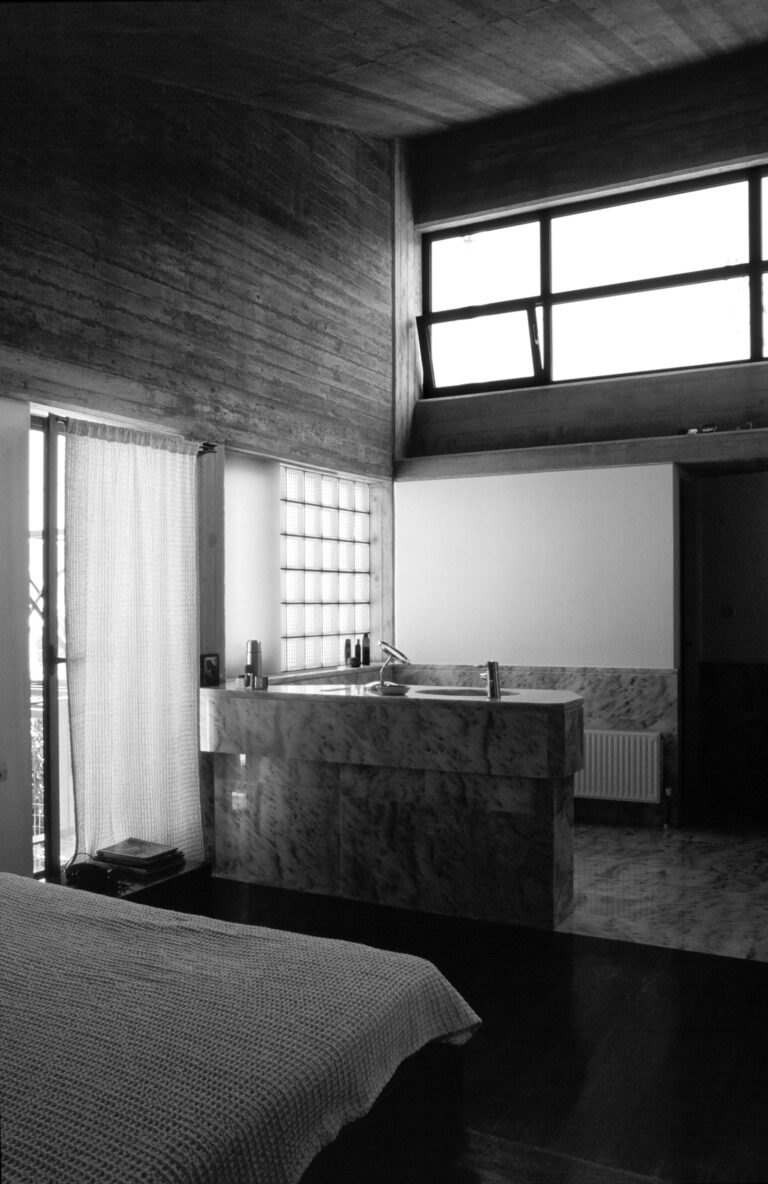 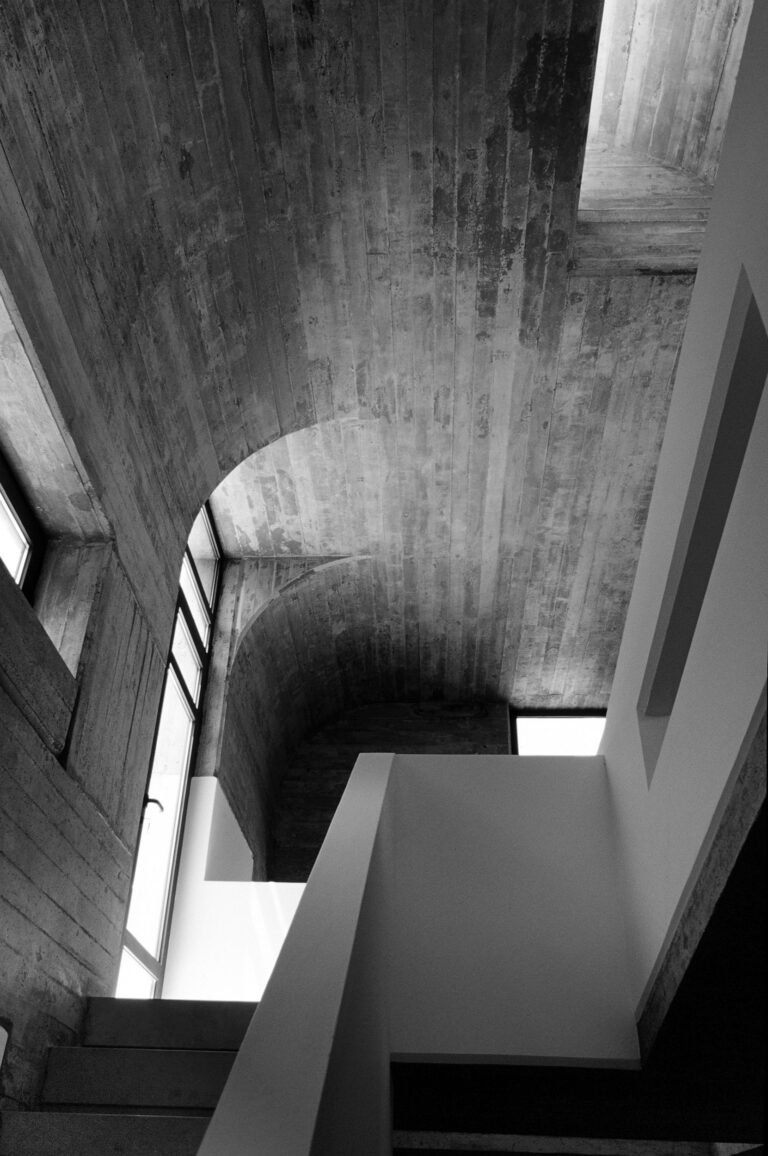 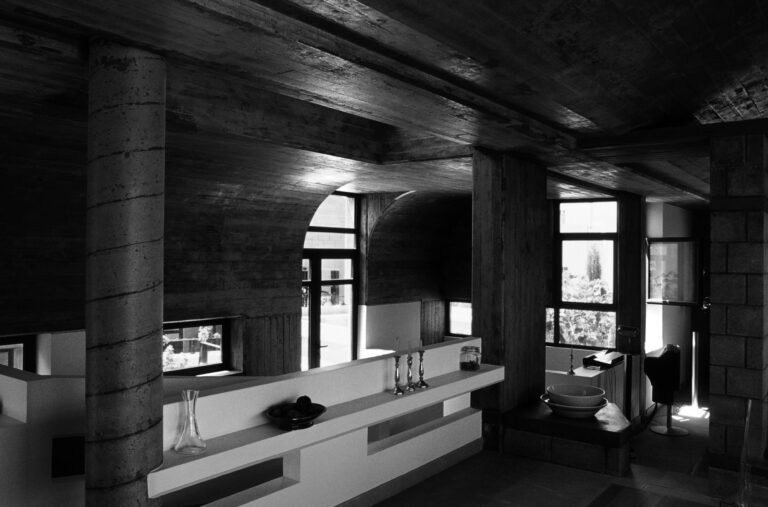 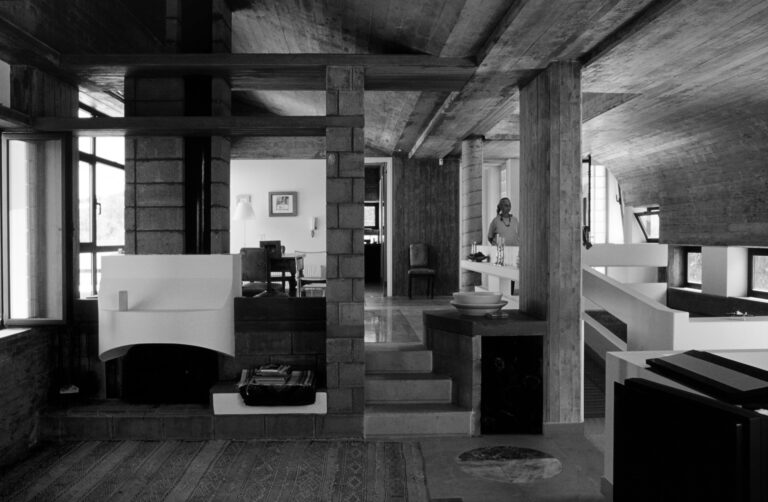 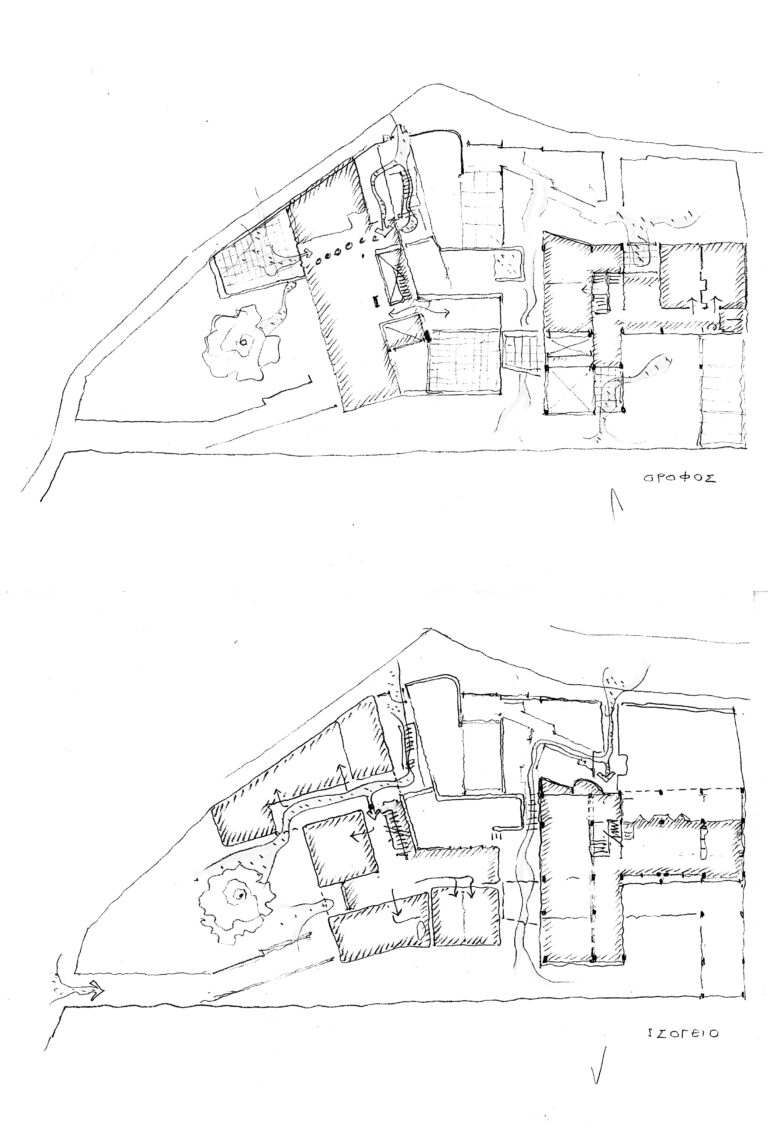 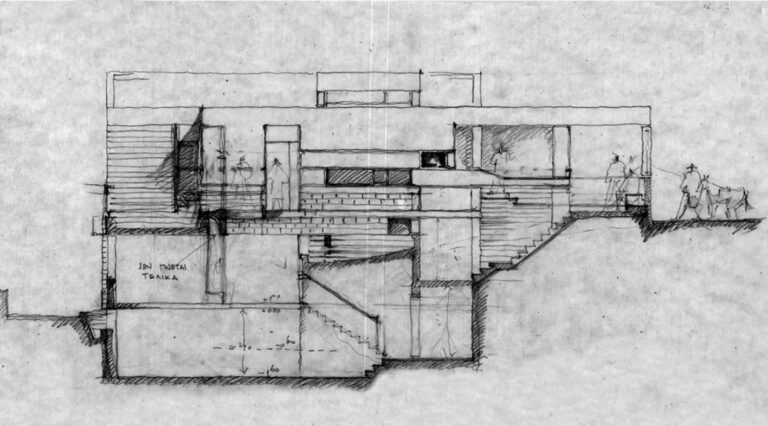