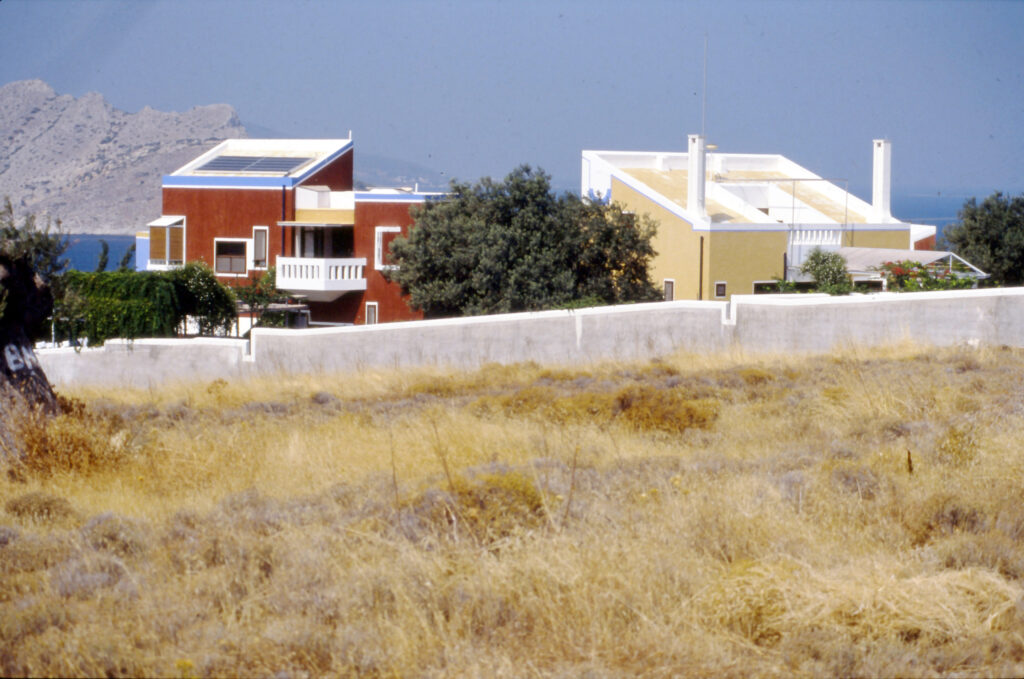 This is a home for weekend getaways and vacations located on the southwest of the island of Aegina, at a distance of approximately one kilometer from the small settlement of Perdika. The climate in the area is particularly mild and the surrounding landscape, with its dry-stone walls, ancient olive trees and scarce buildings, is typically Aegean.

Instead of a single residence, we designed a small complex, arranged around an open-air space comprising a paved courtyard and a pool – the pool, one of the original requests in the project, was designed in such a way as to invade, by means of its shape and size, the space between and underneath the buildings, at once connecting and separating them.

The residence itself was broken down to four smaller units – four separate houses:

These four houses form a ring around the paved courtyard-square, with its combined effect of land and water, and are engaged in a direct relationship with it. Their particular open-air spaces develop outside the perimeter of this ring, extending into the surrounding space. 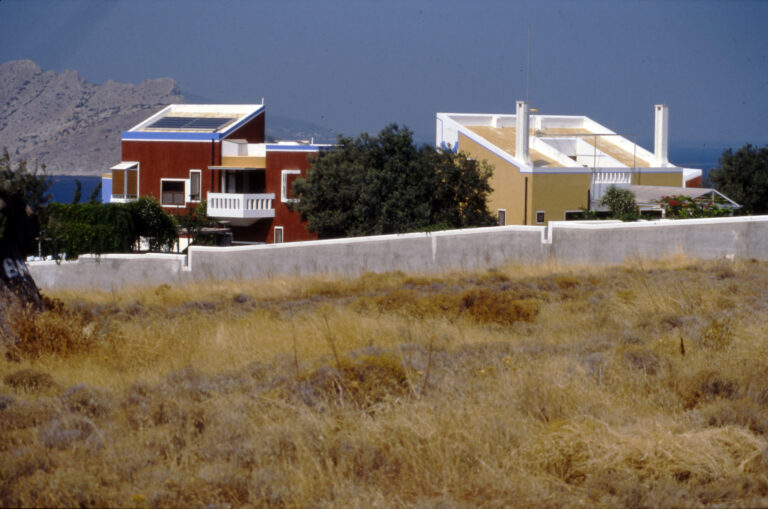 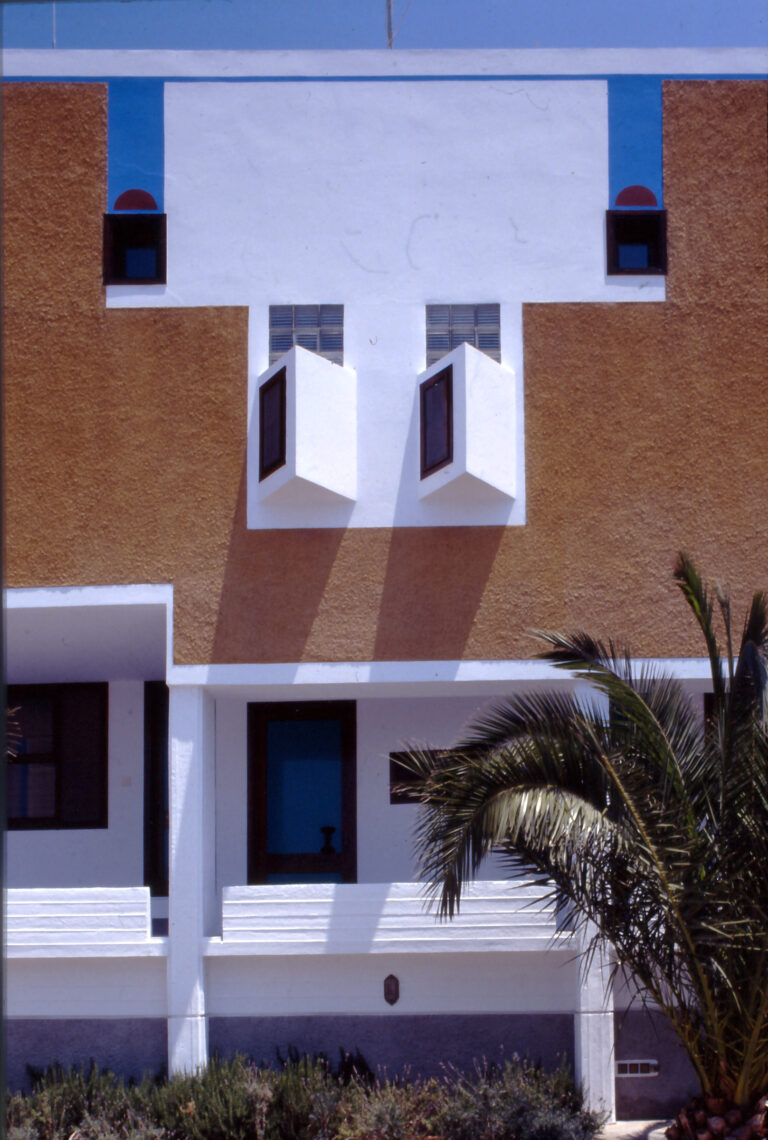 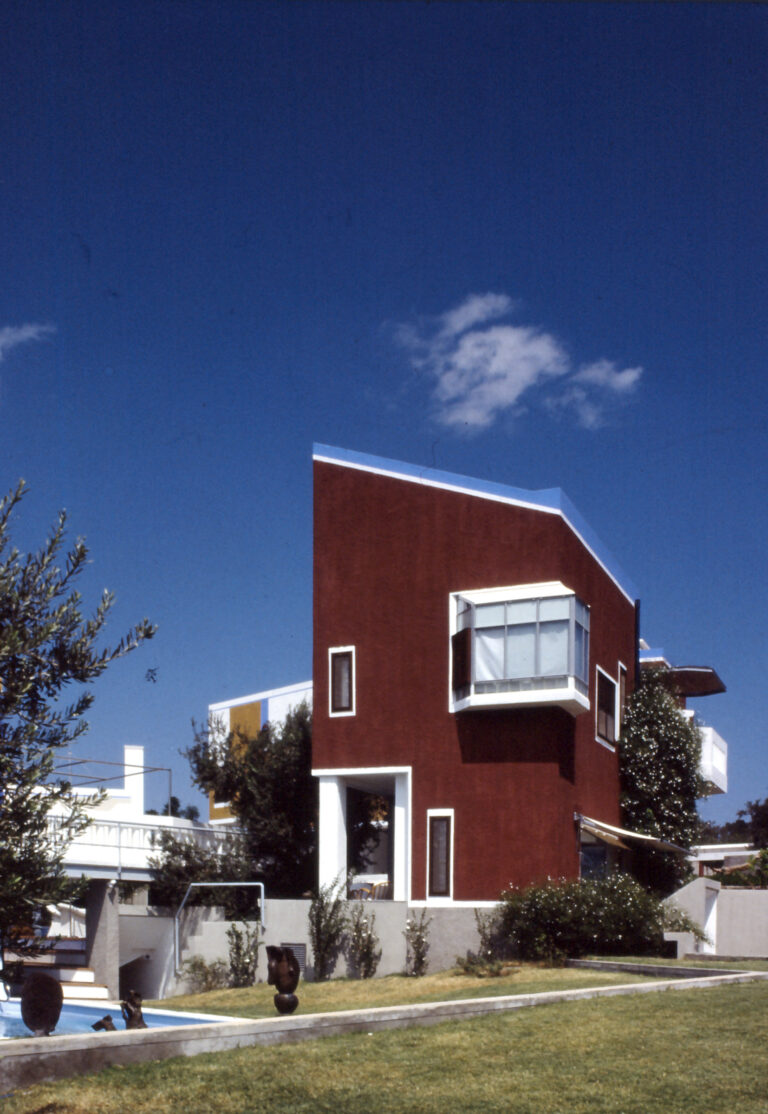 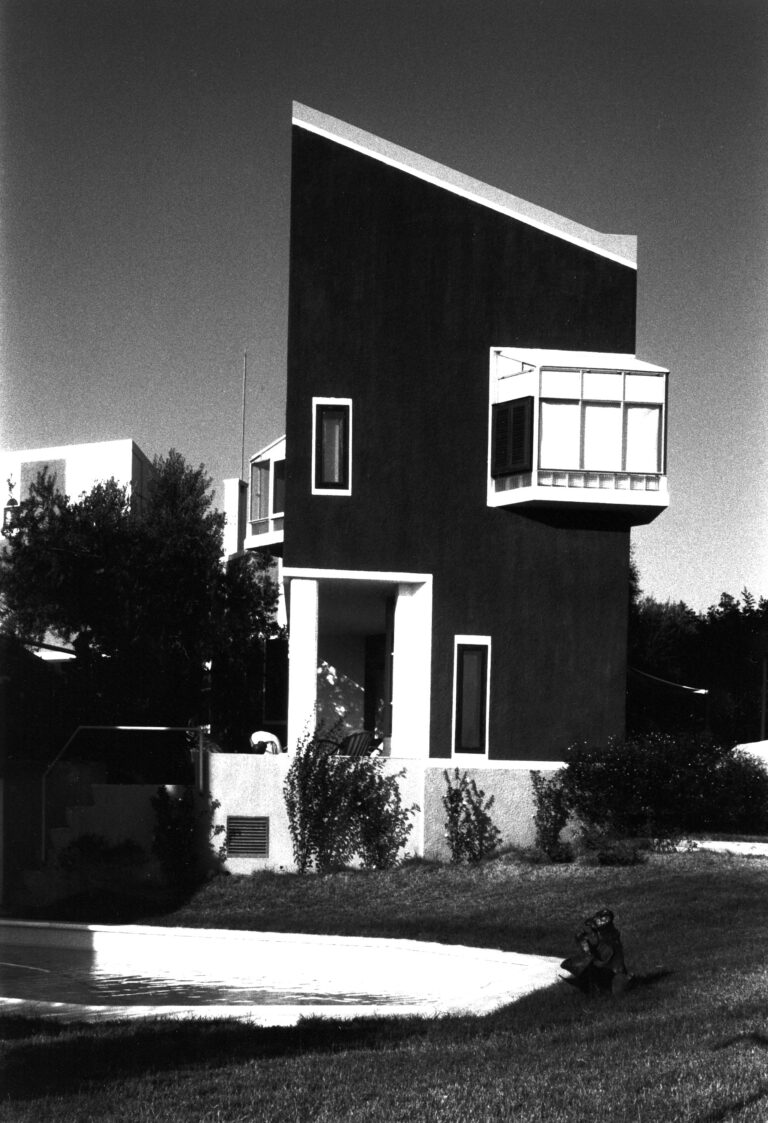 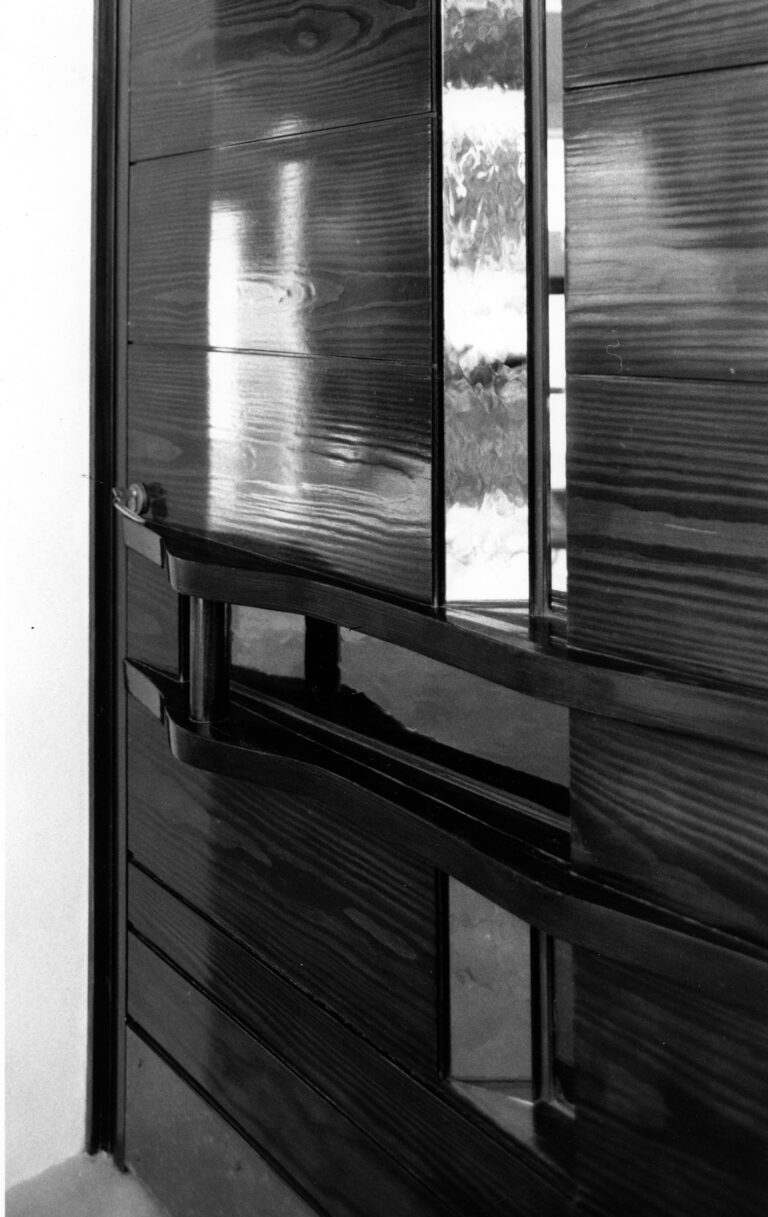 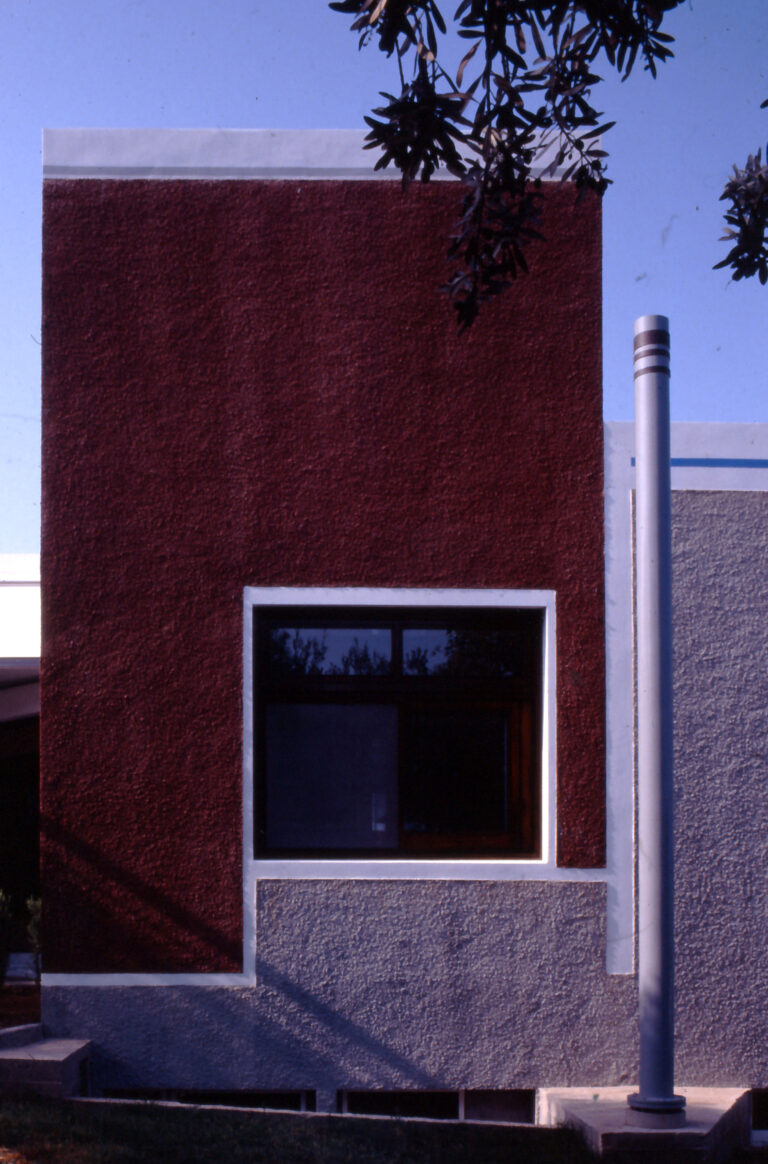 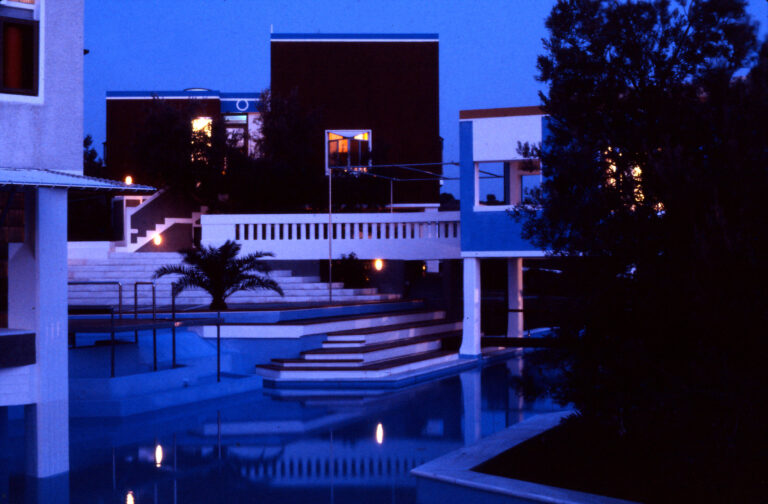 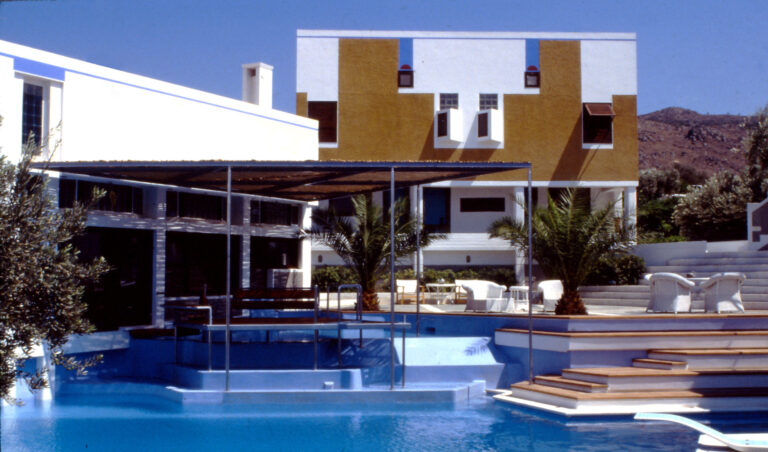 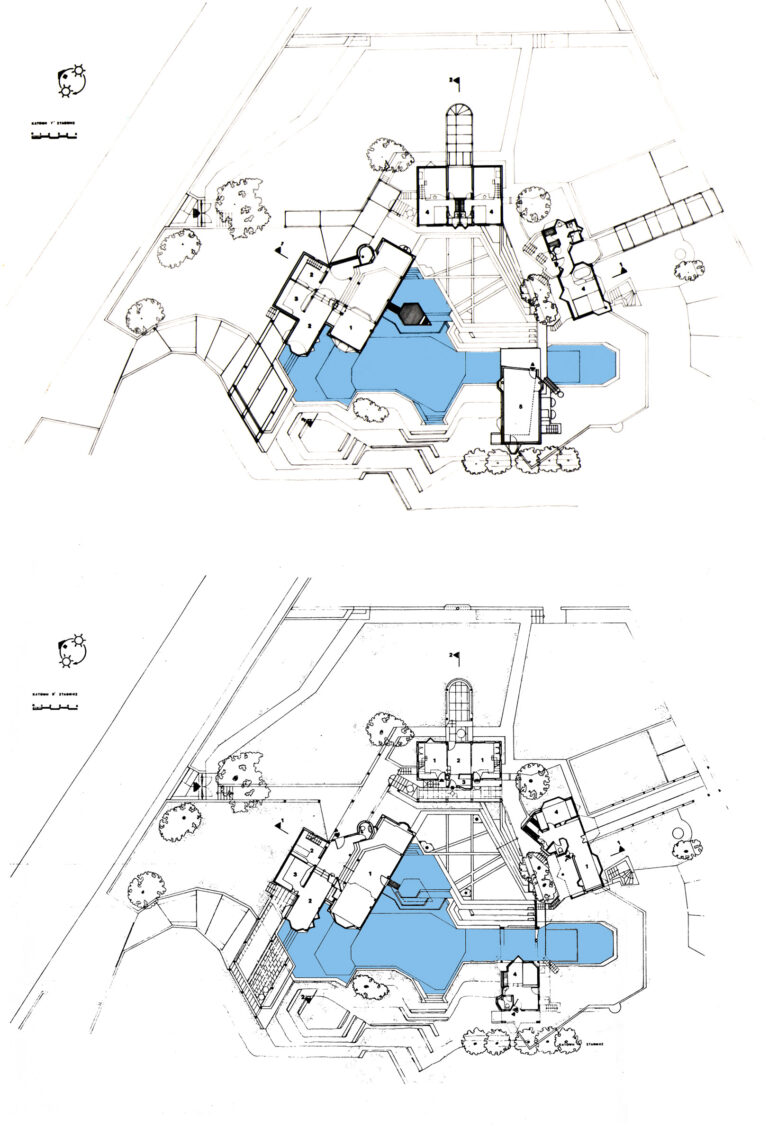 plans Plans: A & B levels 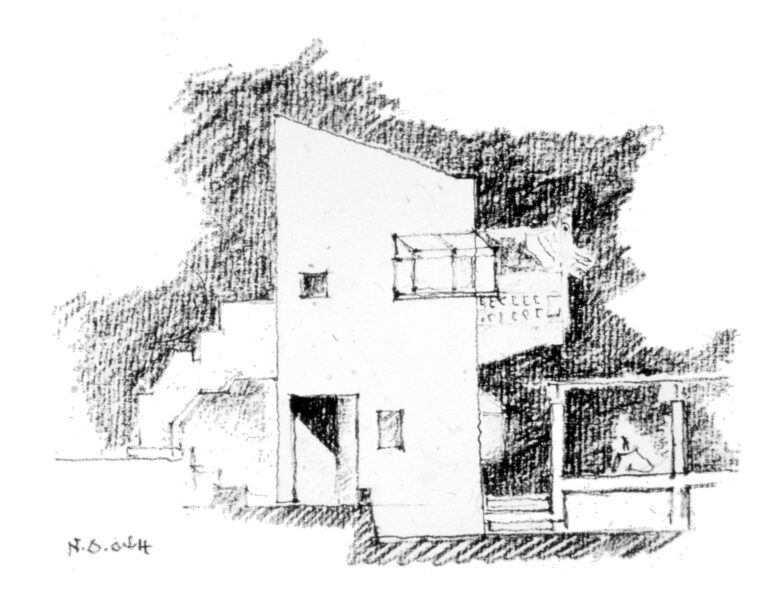 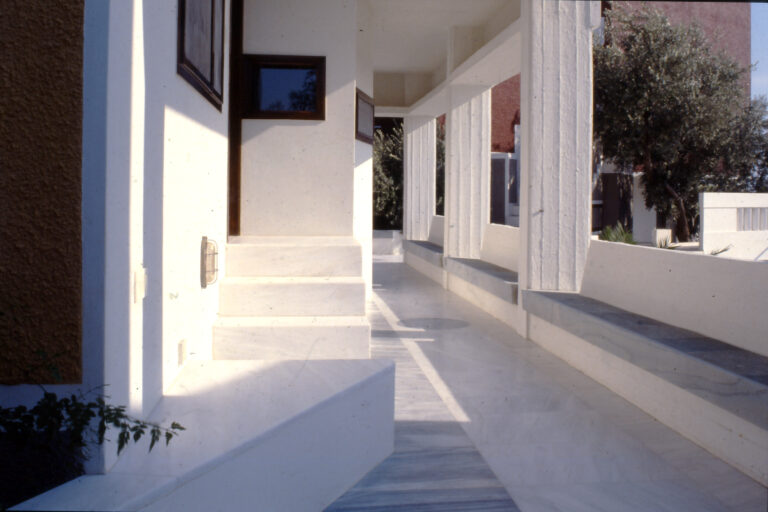 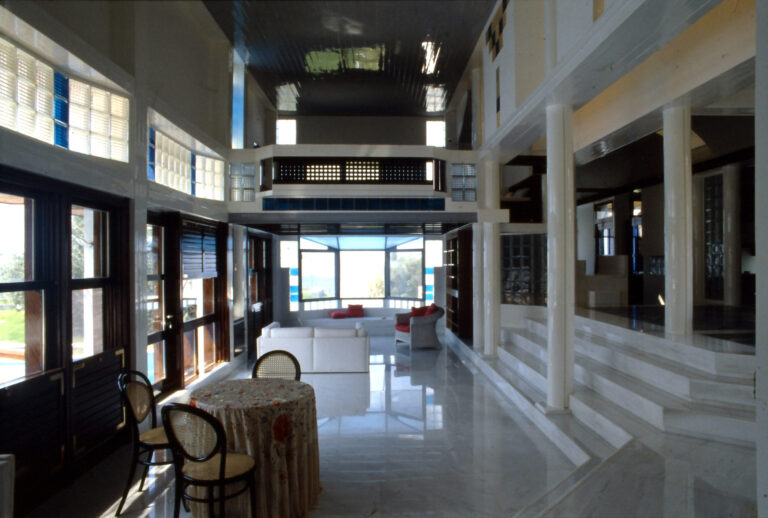 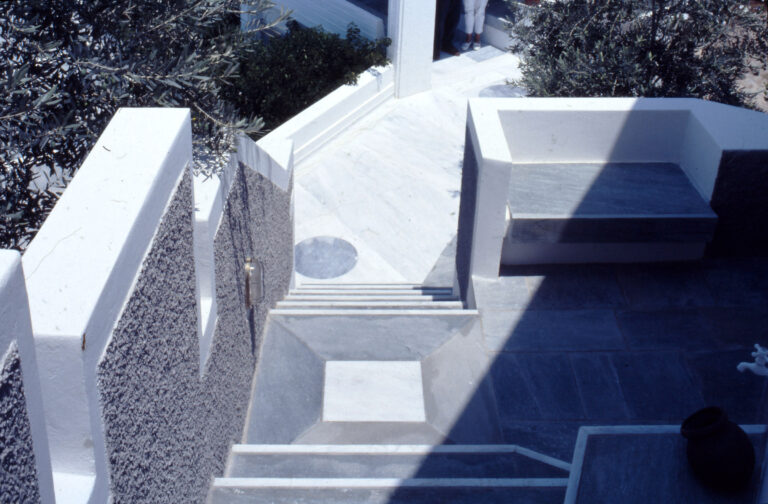 towards-the-parent-s-bedroom Towards the parent's bedroom 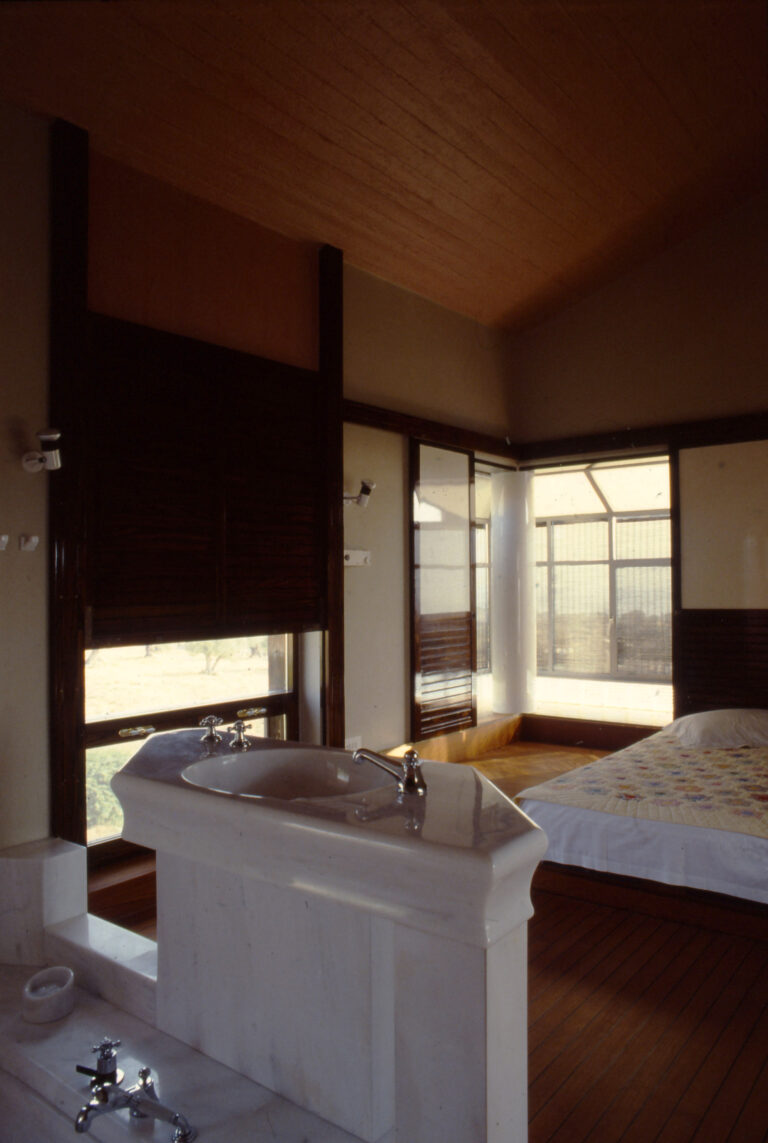 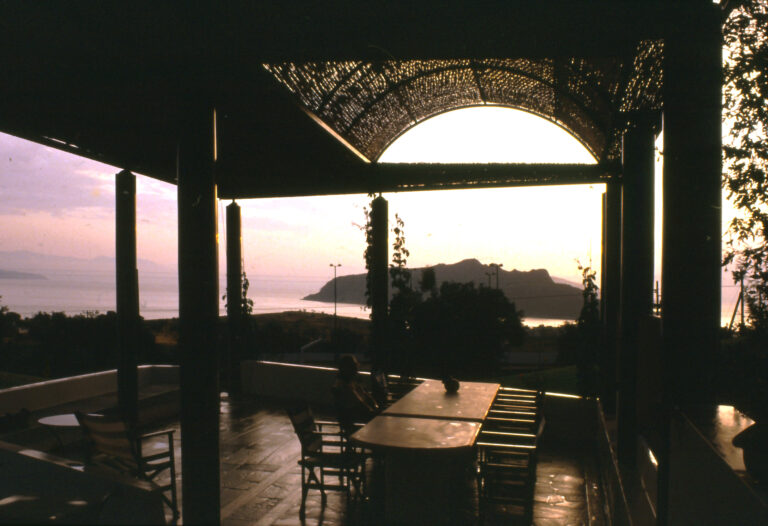 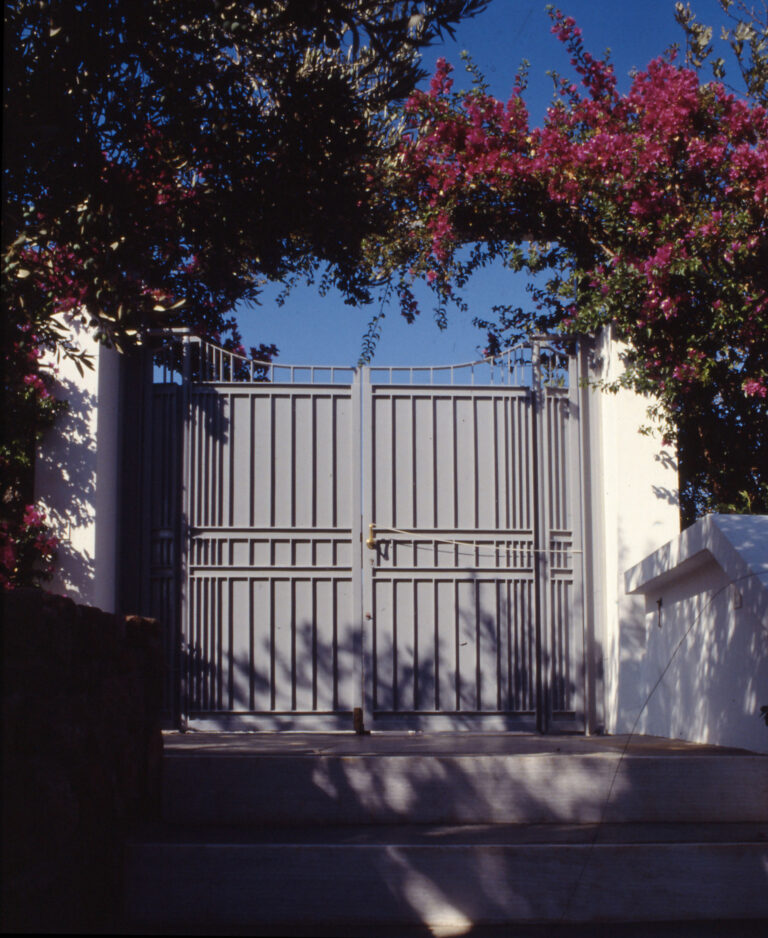