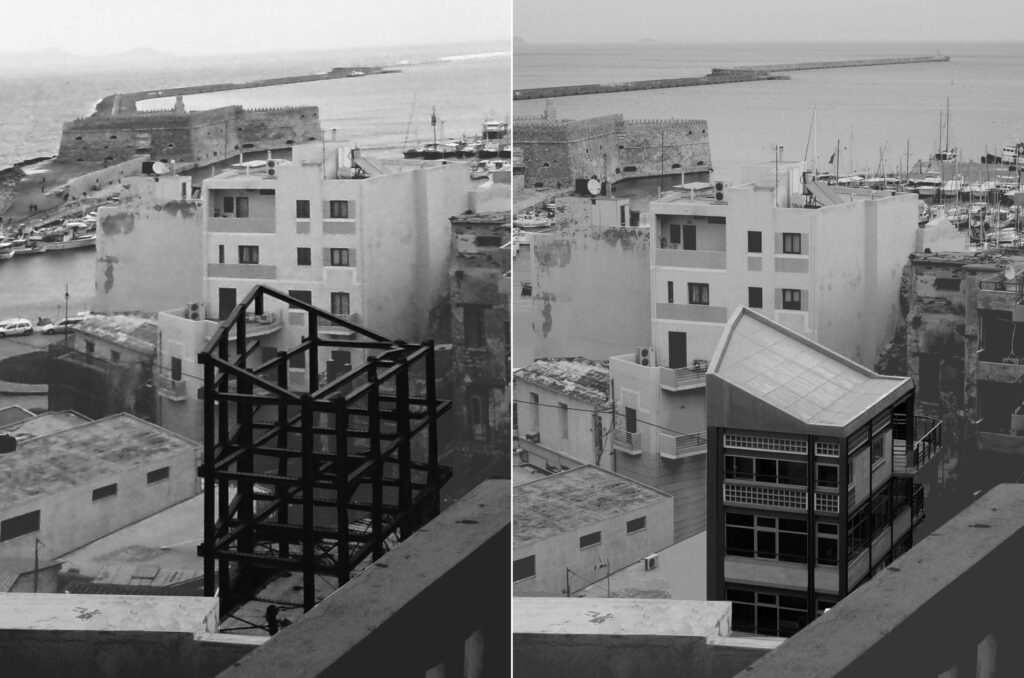 This small office building is located on a square in the old part of the city of Heraklion. The projects main goal was twofold: it aimed at highlighting the squares public character while also keeping to a small scale.

The metal framework used as bearing structure imparts a sense of lightness to the building and allows for the facade to also be developed in this direction. Both building voids and built volume have been planned on the basis of a 0,85m grid. Walls were coated with Creten porous stone (Alfas), while alucobond was used for door and window cases.

Access to the elevator and stairway is through the buildings open-air space. The parapets and staircase are made of metal, while the steps are made from sheet-iron with embossed non-skid patterns.

The basement and ground floor have been designed so as to house stores; the first and second floors have been reserved for offices while the third floor has been designed as a small apartment.

The building is roofed by means of a single-sloped roof, part of which is horizontal. It has been covered with titanium-zinc sheets. 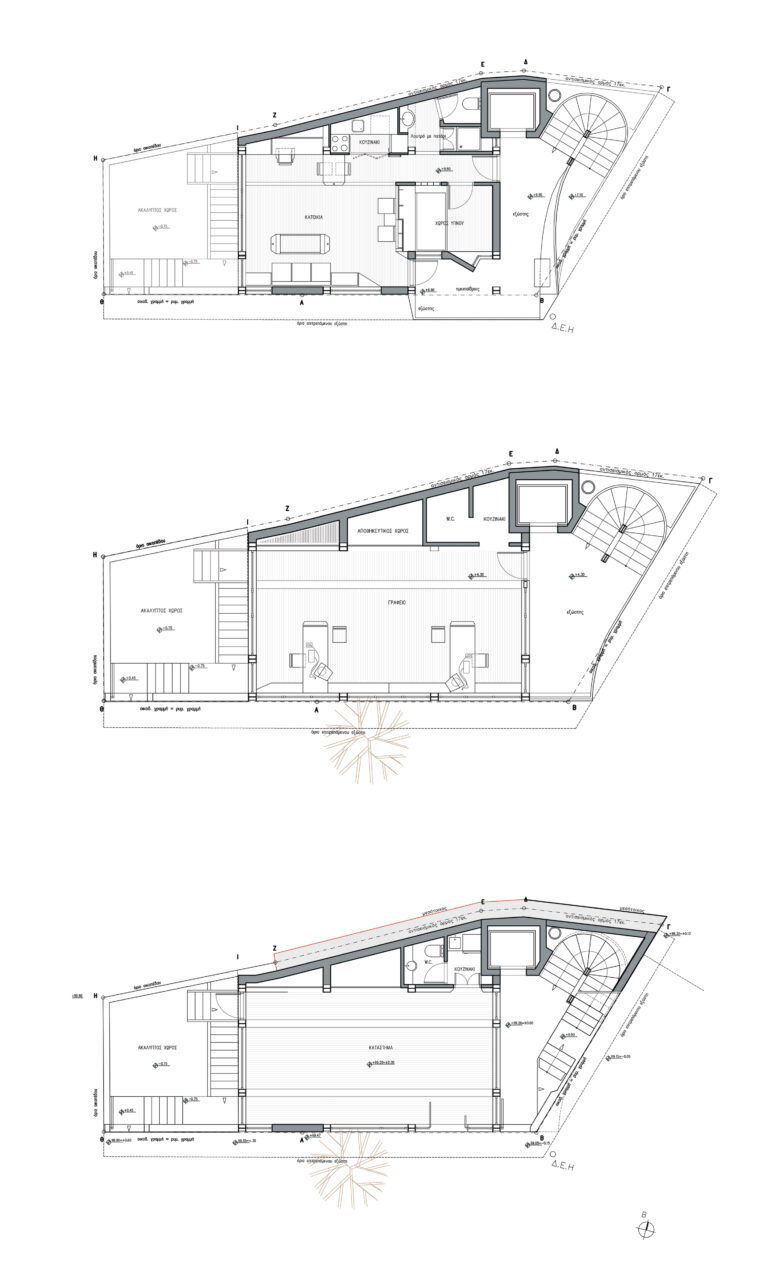 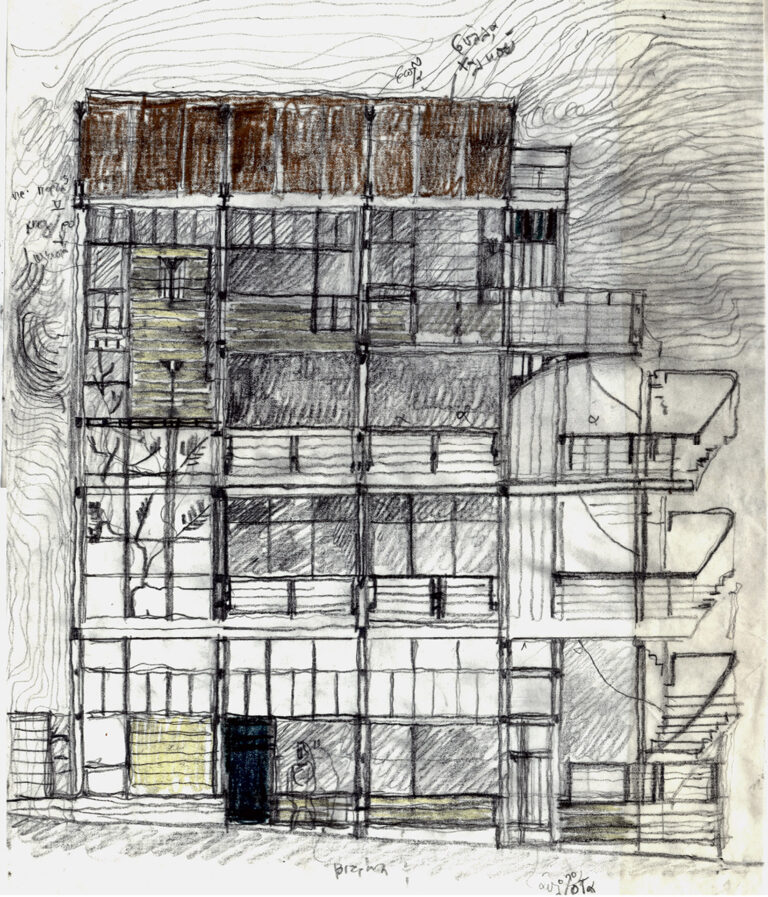 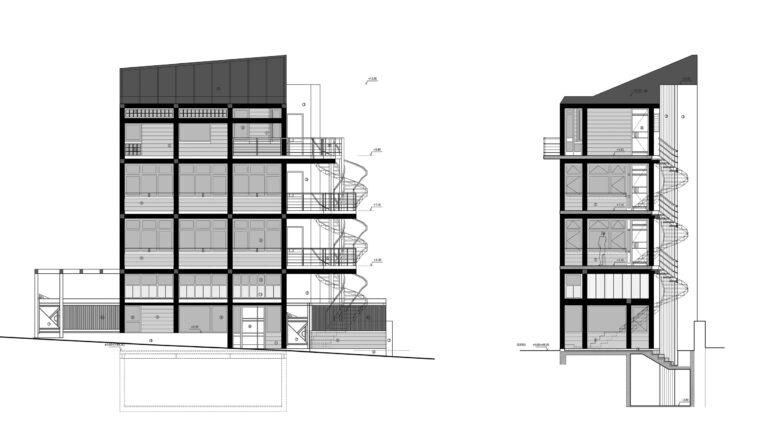 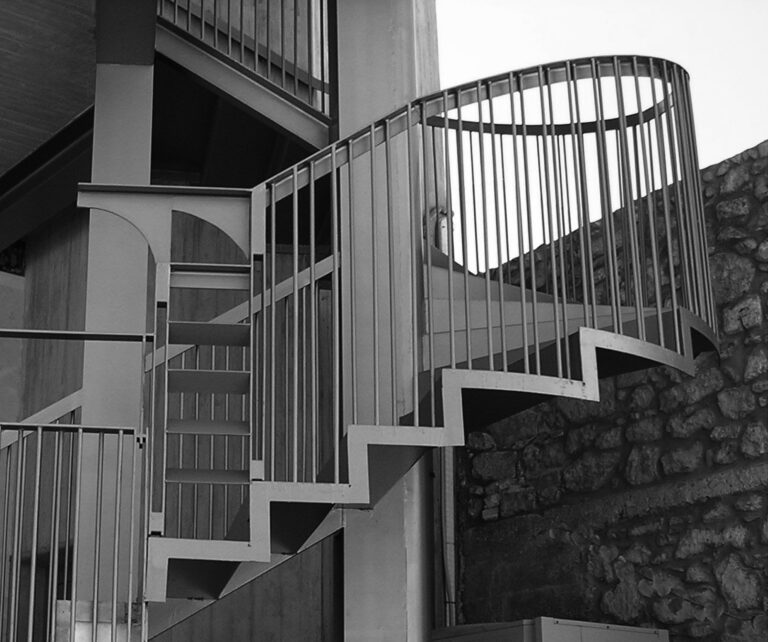